What is better than a Canon d1100 but still affordable? 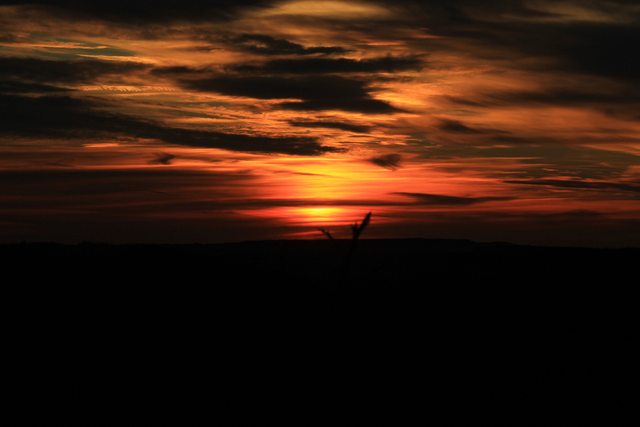 I am a young newly beginning photographer. The camera I have I feel is not good enough for me to progress, but I need one that still would be affordable. I have a Canon zoom lens (75-300mm) that I find is good. Would also like if people could tell me whether this is good to use! I like doing portraits, close ups and nature pictures so anything specific to that would be great.

What is better than a Canon d1100 (sic) but still affordable?

A Canon 1100D in the hands of a photographer who has the knowledge, experience, and technique to utilize its capabilities to their fullest.

To get started on your journey towards that end, you can look at some of the existing questions here and the resources to which they point:

How does one develop good photographic vision and style?

For specific shooting situations you can check out the near endless variety of questions with the technique tag.
For the basics on what all of those camera controls and different settings do, check out camera basics.
The composition tag is another one worth exploring.
So is photography basics.

You can also search the site for specific terms, such as "sunset." Put your search term in brackets and it will give you a list of questions with that tag: [sunset]

Updated to reflect new information added to the question.

The EF 75-300mm f/4-5.6 series of lenses are optically perhaps the worst lenses ever released for the EOS system by Canon. Pretty much any other Canon EOS lens you put on your camera should perform better. But even with that limitation, the more knowledge, experience, and technique you bring to the equation the better the results you will be able to get with the same equipment. In terms of a general purpose telephoto zoom for APS-C, though, the EF 55-250mm f/4-5.6 is a much better option than the 75-300mm from Canon.

I am a young newly beginner photographer, the camera I have I feel is not good enough for me to progress but I need one that still would be affordable. ... I like doing portraits, close ups and nature pictures so anything specific to that would be great!

And added in the comments:

Actually, it's a very good camera if you're looking to be a professional in the future, particularly if you don't have the opportunity to shoot full time at the moment.

This is because it'll probably take about four to five years' of shooting full time to actually put in 10,000 hours towards basic mastery of the craft of photography (that's just the craft, the art is something else). Shooting part-time or only on weekends, it's going to take quite a bit longer. Just as owning a custom Fender Stratocaster doesn't mean you're going to play like Eric Clapton, owning a professional-level dSLR doesn't mean you're gonna shoot like a pro. It just means you own a pro-level dSLR. You still have to learn how to use it.

And in five/ten/twenty years, the chances are that digital camera technology will have moved on far enough that you'll want to swap camera bodies anyway when you do go pro and you actually need the higher-end features such a camera provides.

Lower-end cameras are more limited, but they tend to inherit the sensors/processors from their higher-end siblings and basically produce identical output. What a higher-end camera tends to get you isn't better image quality, just better usability features. If you want to move to another camera for dual-wheel controls, or faster burst speed, or more sophisticated AF system, then maybe swapping for a newer/higher-end camera body makes sense. But if it's just so you can look/feel more professional, but you can't spend much, I wouldn't bother. Wait until you want it badly enough that you'll save up the cash to buy what you need, and until you know exactly what it is you need: a body, a lens, flash gear, a tripod, software, etc.

Also, with the subjects you've chosen, the only two most likely to get you money with paying jobs are going to be the portraits and "close-up" product photography. "Nature" photography isn't really as easy a money-maker, especially since every dSLR owner tends to do it.

In product photography and portraiture, what camera you're using is far less important than what lighting you're using. And your current camera is more than capable of using off-camera lighting gear.

When I got my first Canon DSLR, it came with a kit and included a version of the EF 75-300mm. I thought it was alright bit never got great results with it. After a few months a fellow photographer told me the lens was "garbage and I should just throw it away". I was immediately taken aback and quite surprised to hear that. I found the comment to be rude and I didn't take it well.

Here I am some 12 years later, and I'm quite glad to have received that advice. It was harsh but true at the time. The lens was not worth using for me. I was better off with the 18-55 and digitally cropping.

So, I would recommend looking at other lenses. Unfortunately the 75-300mm options are very poor.

Not the answer you're looking for? Browse other questions tagged canon technique photography-basics or ask your own question.

117
What are your easiest photography beginner tips?
59
What are the first few photography books someone should read?
44
What are common beginner mistakes in photography?
50
Can anyone suggest books/resources on the artistic side of photography?
32
Why are my photos not crisp?
36
How does one develop good photographic vision and style?
24
What are good resources for a beginning photographer?
10
I know the basic technical stuff, what now?
16
How to start learning photography?
12
What is the relationship between ISO, aperture, and shutter speed?
See more linked questions

2
Which lens should someone who enjoys the Canon EF 50mm f/1.8 get next?
3
Small-ish camera recommendations for a beginner on a safari
0
Which Canon T2i bundle is better to get?
5
What telephoto lens should I get for Canon 600D sub £500?
1
Lens options for a 18-55 and 50 1.8 plus a canon t2i owner
6
How much of a good fashion or surreal photo is post-production?
3
Which lens do you recommend for entry level bird and wildlife photography on Canon APS-C DSLRs?
1
Is photographing a couple's love story from when they get engaged to when they have a family considered a niche? From engagement to wedding to family