In the first image is a roll of Fuji C-41 film that I developed in Caffenol for 18 minutes. 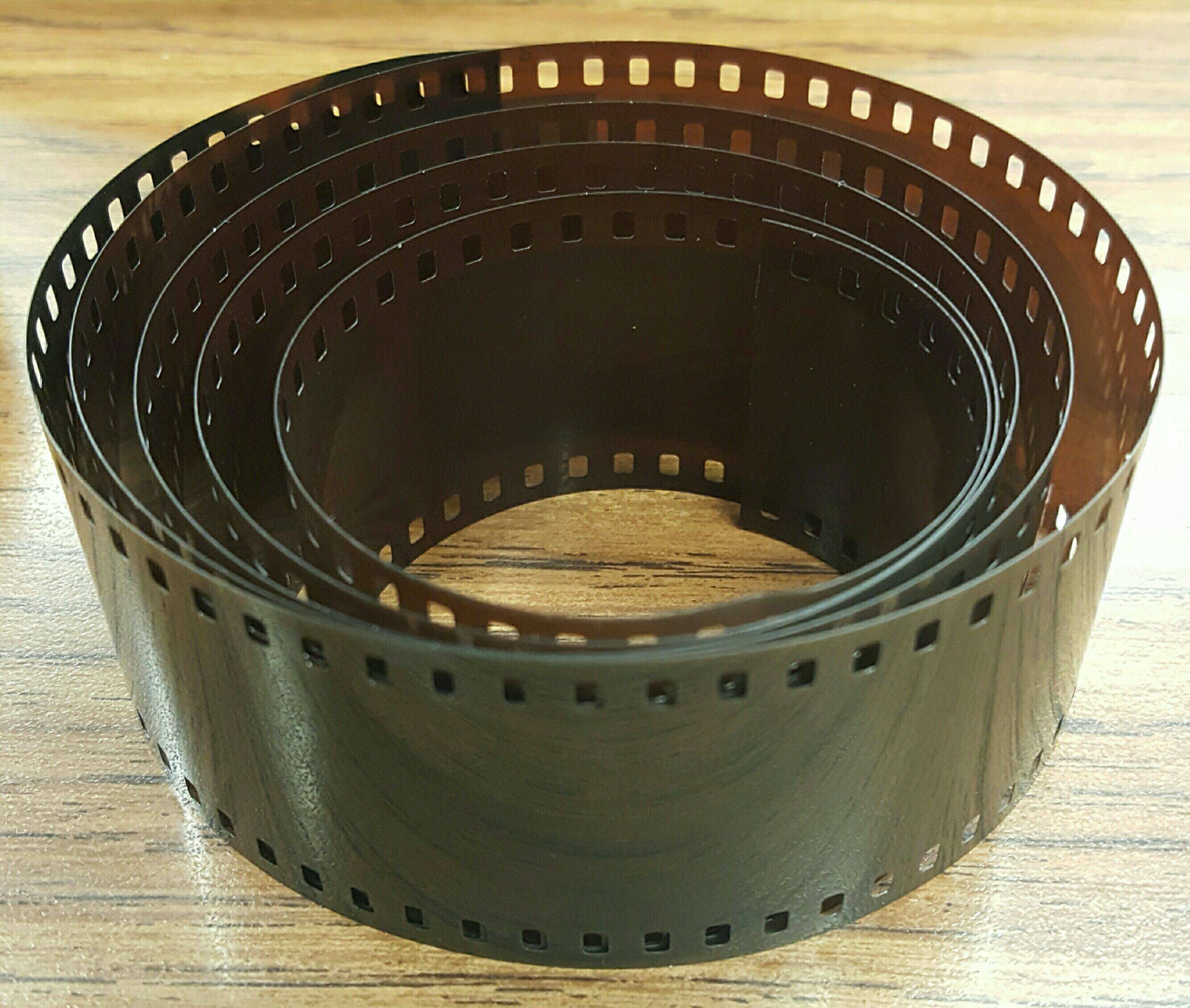 They appear blank, but there are images on them as shown in this image. (They came out as b/w negatives)

I am wondering what properly developed negatives look like, as I cannot see the pictures well unless I hold them up to a strong light, and if I underdeveloped or overdeveloped them.

I develop C41 with caffenol quite often. Your negative looks typical. What is your caffenol recipe? Depending on the recipe, 18 mins may be too long.

I'm sure you have checked out the Caffenol Cookbook. Assuming you are mixing them with 1L of water, the recipe you use is similar to CCM(rs). See "Caffenol - Volumetric" by Woll & Caradies in the Cookbook. 18 mins is too long. I would try 11-12 mins.

Why go about this learning experience the hard way? First -- you need to abandon experimenting with color film processed as black & white. You need to start using conventional black and white chemicals. You need to hold off on using Caffenol until you get some more darkroom time. Color negatives have an orange overall base coloring that is more difficult to evaluate. They are also more difficult to print. For this and a thousand other reasons, start with conventional black & white film and chemicals. By the way, the posted images appear under-exposed and over-developed.

Also, C-41 is more complicated than a single developing phase, and temperature needs to be well controlled.

It's not clear whether you're asking about the developing process or your exposure process. I'd separate the two and make sure one is right before trying something unusual with the other. Take some pictures with your camera, bracketing from -2 to +2 f-stops from center exposure, at maybe ½ stop increments. Get the film developed commercially by a lab you can trust.

Once you know you are exposing the film correctly, now you can try different developing techniques if that's really your purpose. It would be good to explain what you are trying to achieve that normal C-41 developing doesn't give you. Without knowing what the object is, it's hard to suggests ways to achieve it.

That all said, your negatives look under-developed, and the orange base looks too dark. However, that could be due to how the pictures of the developed film were taken, not the developed film itself. Again, getting commercially processed C-41 film will give you a reference of what it should look like.

You also say your negatives "came out as black and white". It can be deceiving to look at color negatives. Often little color is apparent just by looking at them. The orange base swamps subtle color differences. Scan the negative, correct for gray, and then see if you really have color or not.

Here is a very quick and dirty attempt to see what information is available in one of the negatives you show. It looks like a mess because the small variations in your low contrast image were magnified. But it does show some color information is present: 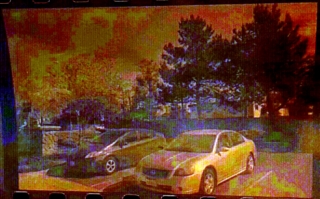 A proper scan with better dynamic range would do a much better job of showing you what information is in the negative.

I honestly think you need to stop wasting your time with this "Caffenol". It's not a real legitimate method of developing film, the results vary too much and is something only hobbyists do as some cheap attempt to develop without having to spend a lot of money. Seriously, go get some commercial developer, or take your film to a professional lab.

Success doesn't start with shortcuts, and based on how you asked your question and the results you posted, you must be pretty new to developing in general. Using off-brand formulas is not going to get you anywhere. Caffenol has too many variables to be effective, and because it is a mixture (unlike diluting a commercial developer) of other chemicals, it is very hard to evaluate if your chemicals are any good. If the Washing Soda gets wet, the Vitamin C goes spoiled, you'll never know. And you'll keep wasting time and energy trying to get it right when your chemicals were probably bad or expired to begin with.

TL;DR - Stop screwing around with coffee and take your film to the lab.

2
Why do all my film color negatives come out transparent?
2
Negatives came out very thin
22
How did my negatives end up upside down and backwards?
8
Why did my developed photos come back blue outdoors (and fine indoors)?
15
Why have all negatives been exposed to one frame?
5
My negative is completely black and opaque — is this a camera problem, my mistake, or the lab's?
1
Color negatives came out blank
4
Developed 35mm Film Green Tinted instead of Orange
5
First film roll just got developed and all my pictures have a white fog on them?