I have a Pentax K1000 that I've been using for a while with a Neewer TT560 Flash Speedlite via the hotshoe. However, for whatever reason the flash has now stopped firing when the shutter closes.

I've tried two flashes on the camera, and neither fire, and have also put a flash on a different camera, which does fire it - so I know it's a problem with the hostshoe. Also, the battery is fine (the lightmeter still works) and that shouldn't affect the flash trigger anyway.

I had two questions:

I've attached a pic of the hotshoe as it seems to come up a little bit from the mount on the right hand side. Could this be the cause and how could I fix it? 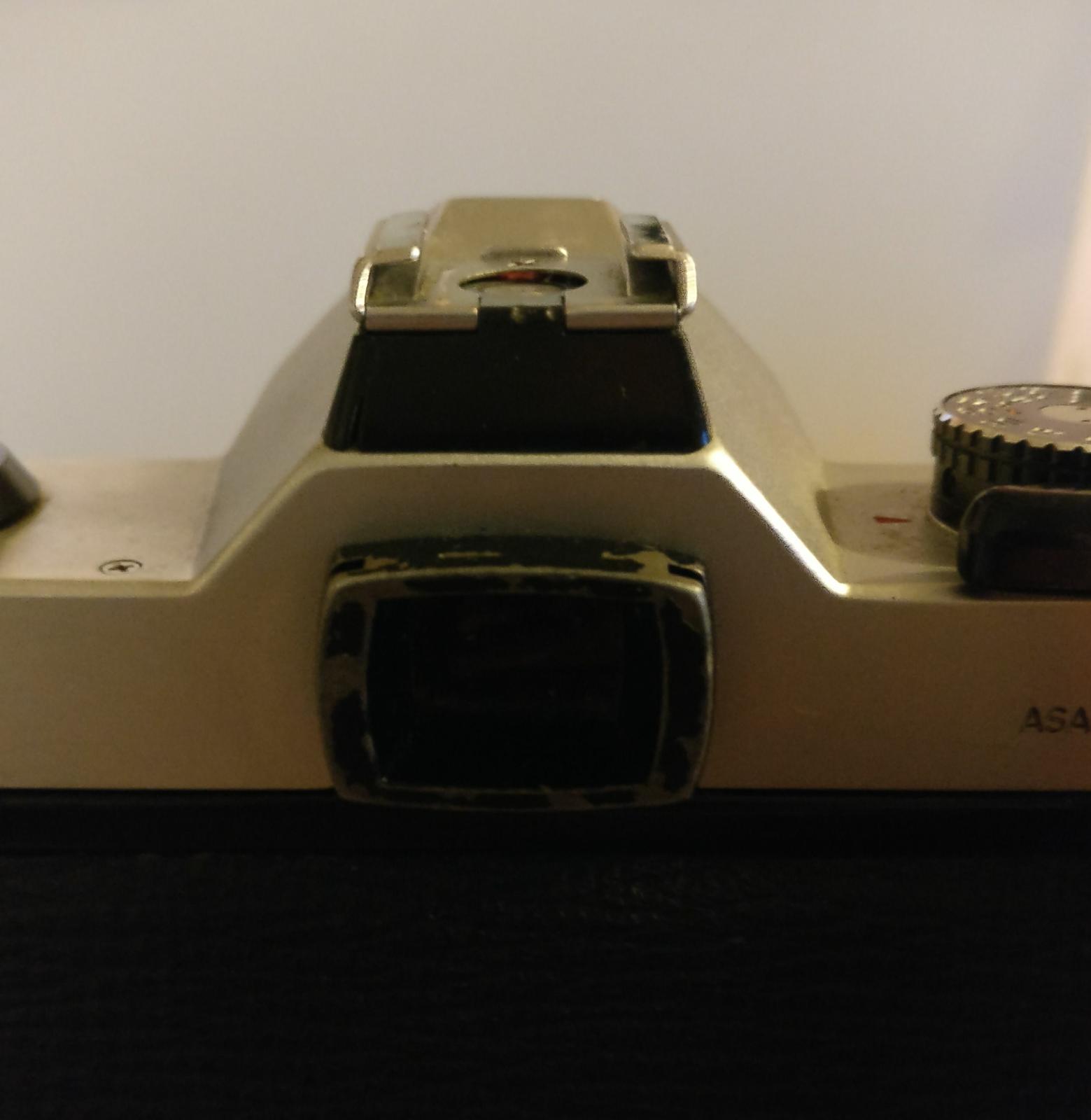 Is there any way to fix the hotshot?

Hard to say if the hot shoe can be fixed, but it could certainly be replaced. You can find broken K1000's on eBay at very little cost (I saw one lot of four broken K1000's selling for around $30). On the other hand, you can find a working K1000 for just a little more than a broken one (maybe $50-$100), and it might be less hassle to just replace the camera.

Is there any way to trigger the flash without the hotshoe (I've heard people mention cable flash, but not sure how that would work with the mechanical Pentax K1000)?

Yes, you can use a PC sync cord. If you look at the front of the camera, there's a connector on the body to the left of the lens. It may have a plastic plug in it that looks like a little black button -- just pull that out and you'll see the PC connector. A PC cord connects there and can be used to trigger any flash that has a PC connector. If you flash doesn't have such a connector, you can buy an adapter that adds one.

Not the answer you're looking for? Browse other questions tagged film hotshoe-flash pentax hotshoe pentax-k1000 or ask your own question.

1
What's the recommended off camera flash setup for Canon and Sunpak flash combination?
0
Can I trigger multiple Yongnuo manual speedlight with one Nikon camera?
1
Does the K1000 need a battery to trigger the flash?
1
Why is my 430EX firing sporadically on my 40D?
2
How can I use an on-camera TTL flash with a Yongnuo 605N to trigger my off-camera manual speedlights?
1
How can I trigger two different flash groups in consecutive shots using Yongnuo YN560-IVs?
6
Minolta srt101 (SLR) trigger jam