How do I get in-focus, not-blurry shots with my consumer-grade telephoto zoom? [duplicate]

I have a Canon Rebel T5, and a 75-300mm lens. I shoot and I get a lot of blurry unfocused shots. What can I do to improve this?

Basic telephoto lens technique is different from shooting with a kit lens. There are additional factors you have to consider.

First off, the Canon 75-300 lenses are very old in design and they are consumer-grade, which is why they're so inexpensive. It's a relatively limited lens, and you have to know what its weaknesses are and shoot away from them.

Longer focal lengths make camera shake blur easier to capture, both by magnifying the shake, and also by being longer and therefore less stable to handhold. If you are shooting something that isn't moving, then you need to look at how stable your camera is. Consider using a tripod or monopod. Consider how you hold your camera. If your model of the 75-300 (there were dozens between the Mark I, II, III, USM, and IS variants) has image stabilization, turn it on. And watch your shutter speed.

There's a rule of thumb that to mitigate blur from camera shake, you must shoot with a shutter speed at or faster than 1/focal_length. With crop factors and higher-resolution sensors, many folks will throw in the crop factor or double that number. So, with a 300mm lens, on a T5, you probably need a shutter speed of at least 1/500s or 1/600s or faster. And this assumes you have good handholding technique. This is not a hard-and-fast number that will always work, just a guesstimate and a guideline. Some folks may be able to use a slower shutter speed. Some folks will require a faster.

If your copy of the 75-300 lacks USM, then AF speed can be tough. Be sure you know how to select an AF point or use the AF point array in your camera, and what the different modes are. Know how to aim for an area of high contrast (where a white edge meets a black one). Know how to half-press and/or how to use back-button autofocus. And you will need plenty of light. Consider a flash.

In addition, the 75-300 tends to be softest when wide open and at the extremes of the zoom range. Backing off from 300mm a little, and stopping down into the f/8-f/16 range will all help get sharper results.

However. Shooting, say, at f/11 and 1/500s, even on a sunny day, probably requires you to shoot at at least iso 400, if not up to iso 1600, depending on how much sunshine you get. Don't be afraid to crank up the ISO--it's why you got a larger-sensored camera, after all.

You'll routinely see the 75-300 III trash-talked on messageboards and people telling you to just give up and go get a big white L lens. That's fine for them to say, since it's not their $1000+ you'll be spending to get one. :) But you can take decent images with a 75-300 if you know what conditions it does well in, and avoid trying to shoot in situations where it's not an appropriate choice. 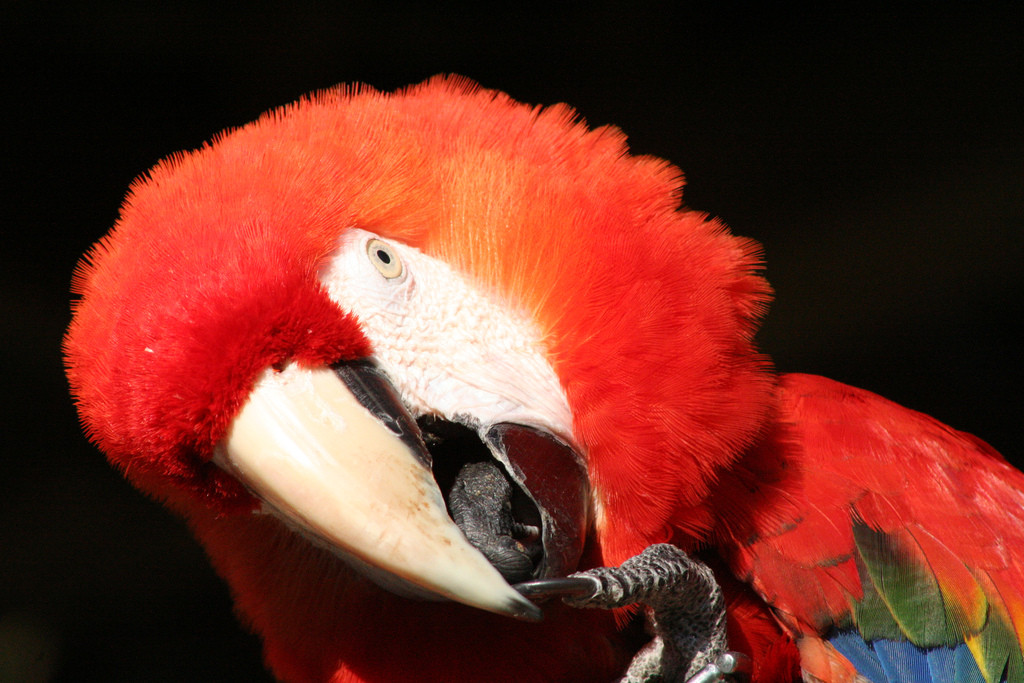 See also: Why are my photos not crisp?

Not the answer you're looking for? Browse other questions tagged canon telephoto shooting-technique or ask your own question.

26
What are some techniques for hand-held image stabilization?
7
How can I get sharp images using optical zoom function on a point-and-shoot?
3
How to avoid soft image at longest focal length with telephoto zoom lens?
5
How can I get overhead shots with a jib?
5
What should I look for in a lens to take zoomed-in photographs of jumping horses?
1
Why do I get blur with a telephoto lens even with mirror lock-up?