What external power options exist for the FujiFilm EF-X500 flash?

Is it possible to power an EF-X500 with a Quantum Turbo or the like? Or is the EF-BP1 the only external power option? 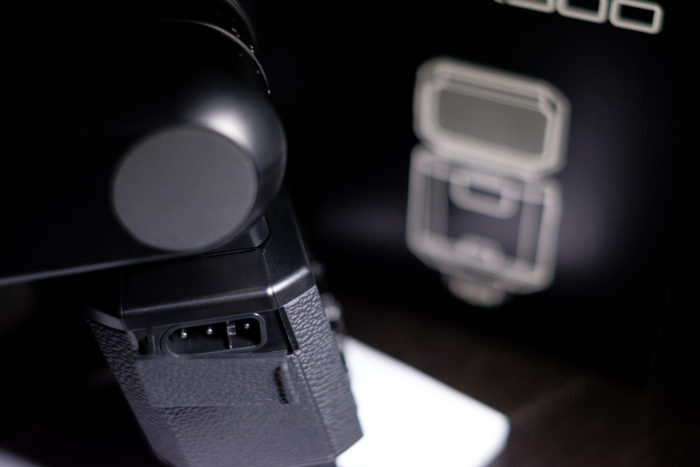 If the EF-BP1 is the only external power option, is there a TTL flash option for the X-T2 that can be powered with a Quantum Turbo?

Is it possible to power an EF-X500 with a Quantum Turbo or the like?

Probably not with a readily available connector. Third party battery packs such as the Quantum Turbo are usually available with four popular connectors:

The connector for the Fuji EF-X500 appears to be a different proprietary connector.

It is also not clear from the information available from Fuji regarding the EF-BP1 and EF-X500 if the Fuji Power Pack EF-BP1 is a true high voltage (HV) power pack or just a higher capacity power pack that feeds 6V to the flash just as the internal batteries do.

If the EF-BP1 is the only external power option, is there a TTL flash option for the X-T2 that can be powered with a Quantum Turbo?

The Nissin i60A for Fuji is TTL compatible with the Fuji X-T2 if the camera is running firmware version 1.10. There were some compatibility issues with earlier versions of the X-T2 firmware. The i60A has a power socket that uses the Sony style connector. According to the listing at B&H, it is an HV power socket. If that is, in fact, the case then any Quantum Turbo type of HV power supply with Sony connectors available should work with the i60A.

From the Nissin i60A for Fujifilm Cameras Instruction Manual: 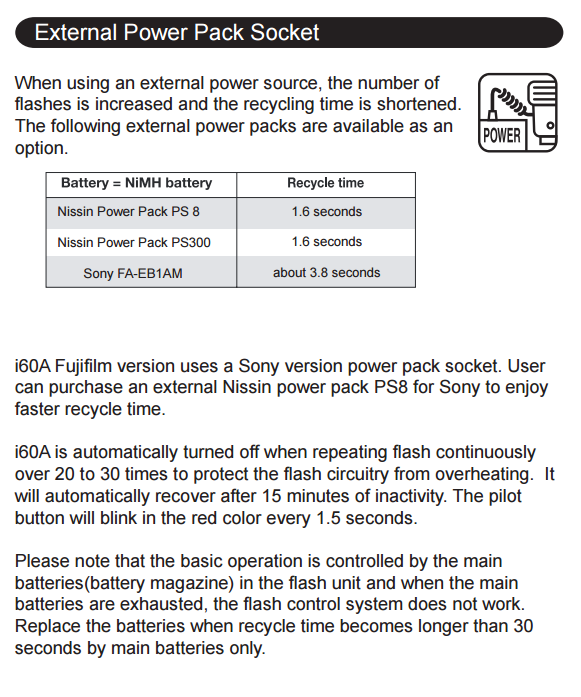 Not the answer you're looking for? Browse other questions tagged flash fujifilm power-supply or ask your own question.