Which camera model/generation does this Canon EOS strap belong to?

So I bought this second-hand camera strap at a store sellout because it looked kinda cool, has a bit of a retro vibe: 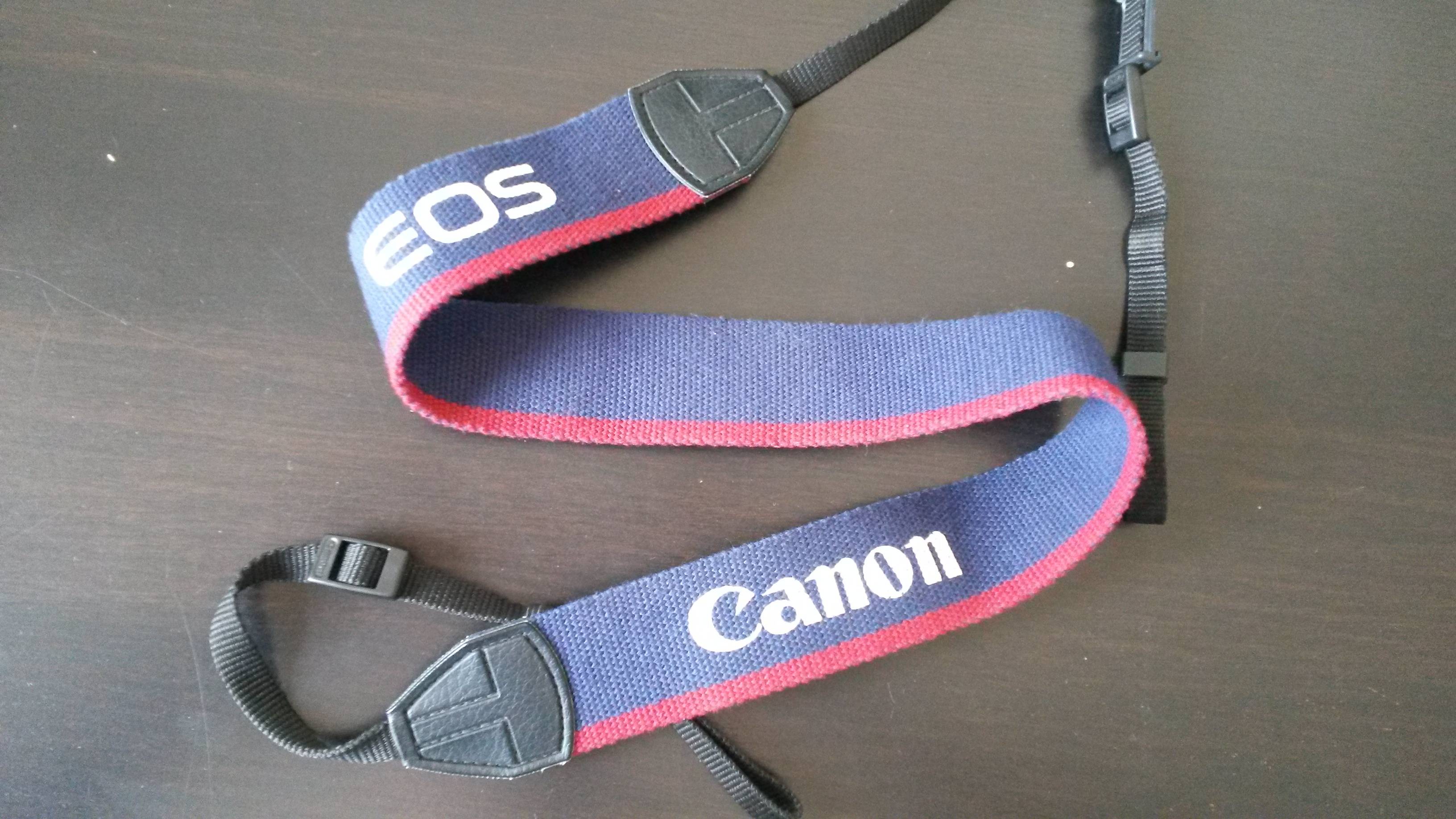 I would like to know what camera model/generation this strap came from. Not sure how to research it, but I guess some people here will have seen this kind of strap before? Probably it's not as old as I think it is, but anyway ...

The color is described by Canon as Marble Blue. The strap is no longer made by Canon. References to it still exist in the accessories list on the product support pages for some older EOS film cameras and as an optional accessory on some of the earliest EOS digital models, but links to the strap are not active.

Amazon lists it in several countries but all show it as either "no longer available" or "currently unavailable." Most listings that can be found for the EW-100 BM on eBay are for used examples. Any listed as "new" are either old stock or counterfeit.

The EW-100 BM has been supplanted by several successive straps, currently the Pro Neck Strap 1, in most markets as the official replacement strap for all older and current EOS models.

This answer is wrong, see the one of Michael Clark. Your strap really is blue, my bad...

Short answer : this kind of strap is still being sold with new cameras

The "retro" vibe sure looks like exposure to the sun and the associated color desaturation, my Canon 7D has a very similar type of strap (but with a second red strip).

From what I know, Canon used to like writing on the straps the model of the camera if it belongs to the upper-class of Canon's body:

The single red strip may restrict the pool of bodies it can come from...

Looking on the Internet, you can find brand new strap exactly like this one, however, I'm not sure if they all are original from Canon:

Related info : Some photographer went to buy no-model strap to avoid being the target of thieves.

Not the answer you're looking for? Browse other questions tagged camera-straps or ask your own question.

22
Why don't stock DSLR camera straps have quick-releases on them? And where can I find a simple strap that does?
3
Which neck strap would be comfortable to use with a compact camera (Canon S90)?
4
Is this Canon 70-200 F/2.8 IS II strap/sling attachment safe?
2
Can the ring which attaches the Nikon D700 strap to the camera be replaced?