Are the artifacts I am seeing with my Samyang 24mm f/1.4 typical?

Before having repaired this lens, below is the test image, with contrast adjusted and shot in f/1.4. 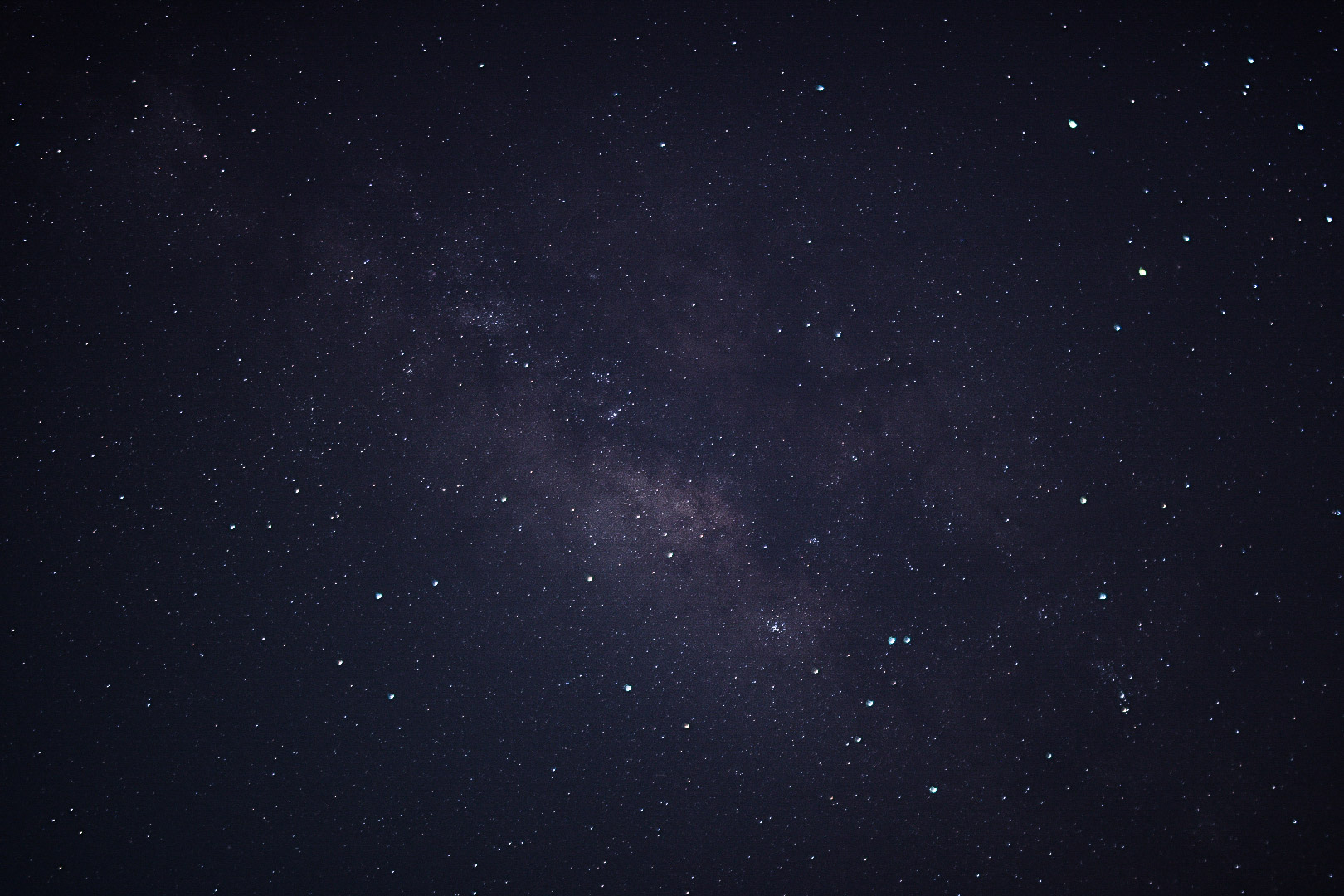 The bigger and brighter stars are not round, with some decentering issue. As it should not be like that as seen from other photos on the web. The stars should be soft though.

So I sent to repair. After that, I went to take other test images but the weather is too cloudy and I have been too occupied recently. Thus, I can only take the following compilation. 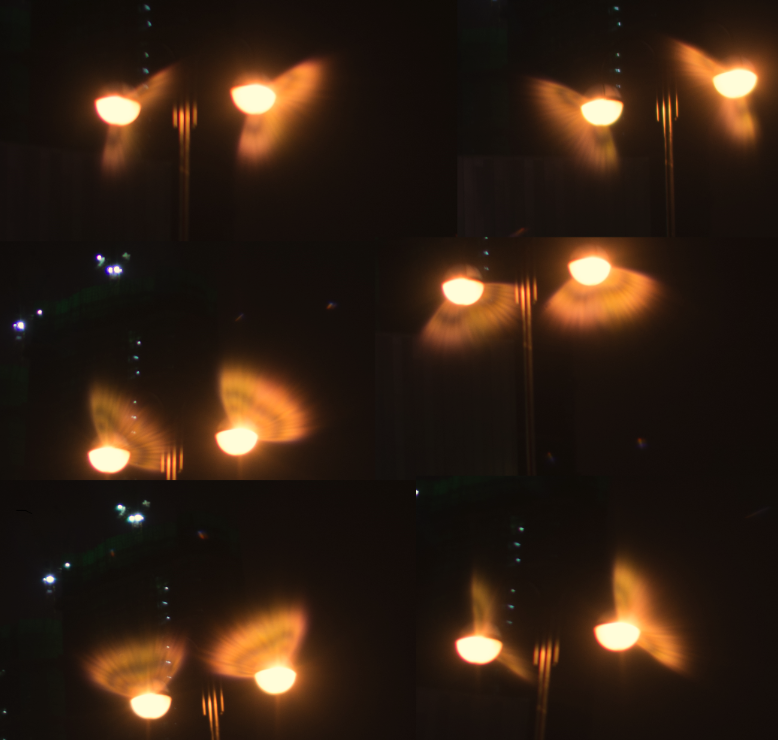 The above photo focuses on corners and shot in f/1.4. The lights from sodium lamp are also not round. However, when I shot other kinds of lamp and in darker surroundings, the above problem is nearly non-existing. So I suspect different kinds of lamps and surroundings may affect the light glow.

One of the full photos. 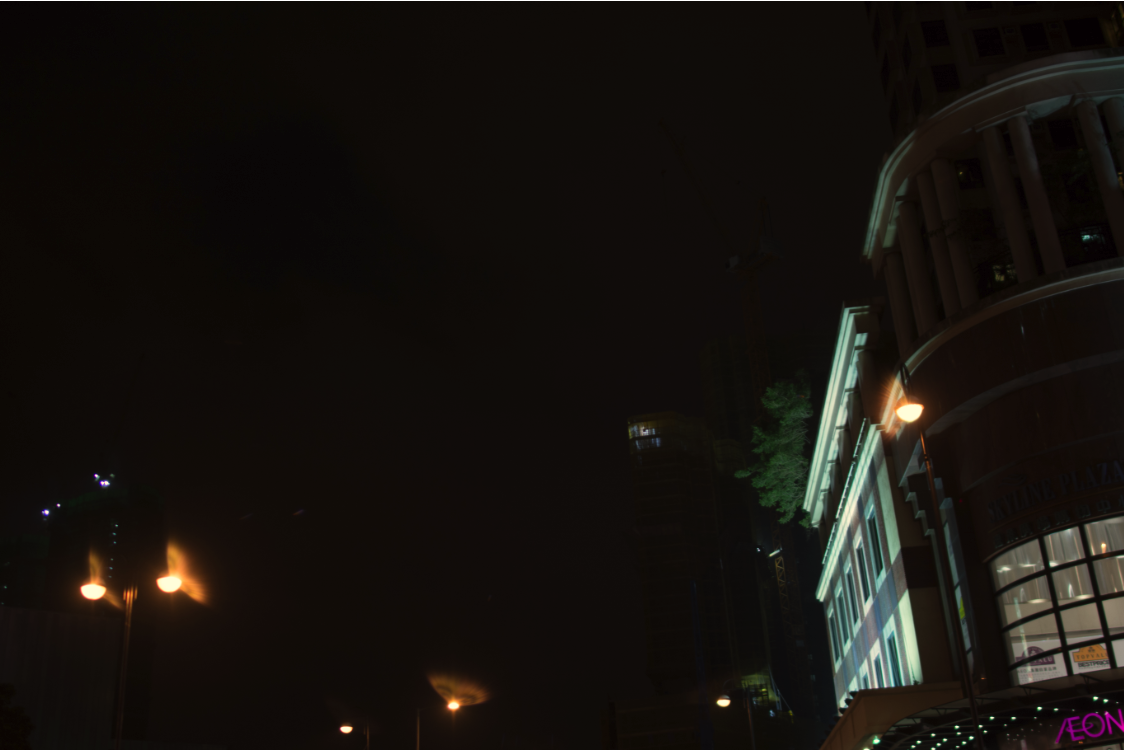 Is the performance of this lens on the issue acceptable? Do I need to send it to repair again? It is free though.

The artifacts you are seeing in sub-optimal conditions with the lens wide open are not surprising at all. In particular, you are seeing flare and ghosting. You might check that the front (and rear) elements are smudge-free (and remove any protective filters). There may be other artifacts (coma, spherical aberration, distortion) but we can't really see that from your examples.

I'd recommend stopping the lens down a few stops for better performance. If that's not possible... well, sometimes that's just how things are. (Consider a tracking mount to allow longer exposures.) As you say, this doesn't happen in all situations. As the joke goes, don't do that.

Overall, if the decentering you originally observed is now fixed, I'd be satisfied.

A 24mm f/1.4 lens for typical DSLR registration distances (the distance between the sensor and the lens mounting flange) is very difficult to design. Even much more expensive lenses in this category tend to sacrifice edge and corner performance for center sharpness. Field curvature significantly impacts the edges when the center is in focus.

Based on the assumption that some of the distortion of the shape of the stars is due to the motion of the sky during an extended exposure time from a stationary mount, your first sample photo looks fairly good for such a lens. Assuming the lens still performs at the same level after having been sent in for servicing, your greatest chance for improvement is in using the techniques outlined in Grimaldi's answer. As mattdm points out in his answer, your sample images of the streetlights don't really demonstrate much about your lens as under those shooting conditions the results you obtained are to be expected.

This blog entry from Roger Cicala at lensrentralss.com covers a lot of detail regarding the Sigma 24mm f/1.4 Art, the Canon EF 24mm f/1.4 L, the Nikon AF-S 24mm f/1.4 ED, and the Rokinon¹ 24mm f/1.4. He points out that the Rokinon sacrifices some center sharpness in exchange for better edge performance compared to the other 24mm f/1.4 offerings. So for astrophotography you may well be better off with a "good" copy of the Samyang than a more expensive 24mm f/1.4!

The other thing you must consider is that most of the Samyang designs have very little to no post manufacturing adjustments that can be made to the lens elements. The lens groups are sealed units with no eccentric collars to adjust for tilt or decentering. Sending such a lens in for "repair" will probably not accomplish much. If the lens exhibits poorer than expected performance, you're probably much better off exchanging the lens at the seller where you purchased it for a different copy.

From another recent blog about tearing down a Rokinon 50mm f/1.4 in the Sony FE mount Roger says this (bold emphasis added):

Here, we got our first surprise of the disassembly. The rear group in the Rokinon 50mm f/1.4 AF has eccentric collars, meaning it can be optically adjusted. Not just can, but apparently was adjusted at the factory and then sealed in place with a big glob of black glue! This may not seem like a big deal to you, but it is to us. In many, if not most, inexpensive lenses the elements are just stacked together. Whatever you get optically is what you get. So this bodes well for lower copy-to-copy variation.

Later in the same article he reiterates (bold emphasis added):

We also were very, very pleasantly surprised by the adjustable elements in this lens. For those of you who don’t know, many inexpensive lenses (and some quite expensive ones) are often simple stacks of ‘element – spacer – element – spacer.’ There’s no optical adjustment that can be done. What you get is what you get, and what you get is often decentered. So another pleasant surprise.

Way back in 2010 Roger advised in this blog entry:

First, the practical conclusion. Test every new lens you buy, right out of the box, and make sure it’s reasonable. Speaking as someone who has lots of test charts and moderately fancy equipment to do that quickly and efficiently, I’ll just say you don’t need it. Just find a couple of brick walls, fences, etc. that are in a flat plane and take some pictures. A bad problem will be evident very quickly. If the lens is bad, send it back to the store for exchange, not in to the manufacturer for repair (Because certain manufacturers are very likely to say “impact damage” and deny warranty even if you just unpacked it. No, I won’t name names, I don’t have strong enough evidence to say one does this more than another.). Which brings up another point: don’t buy anything from a place that won’t take it back. But don’t confuse the need for autofocus micro-adjustment with a bad lens, it’s not.

Although his advice was for lenses that are adjustable because the manufacturer often denies warranty claiming "impact damage", it holds even more true for lenses that don't have such optical adjustments built in.

¹Samyang/ Rokinon/ Bower/ Walimex/ Falcon/ Albinar/ Opteka/ Quantaray/ Bell & Howell/ whatever else they're calling them this week are the same lenses made in the Samyang factory in South Korea and marketed/distributed by a variety of nameplates. Among the various resellers, Rokinon seems to have the best warranty service setup in the U.S.

Most photos of good quality taken of the Milky Way are done using a telescope mount, which counteracts the apparent movement of the stars. In addition, the best ones also use stacking, that means increasing contrast by combining multiple exposures from the same patch of the sky. Some of these combine multiple pictures to panoramas and combine these with differently exposed foregrounds.

For these pictures, exposures on the order of 2-10 min per frame are used at an ISO setting of 800-1200 to keep noise at bay. Usually the lens stop is set to 1-2 steps below widest opening, to increase sharpness especially in the corners. Vignetting can be corrected for by covering the lens with a white T-Shirt, lighting with a torch, taking frames and using these while stacking (there's also special gear available to get good "flats"). See DeepSkyStacker's FAQ for an introduction what type of pictures are taken for stacking.

As you don't mention a mount, I am assuming you are using a normal tripod. In this case maximal exposure time is given by 500/ 28 = ~17s (rule of thumb). Now if your exposure time is larger, you will see movement of stars and they won't be round.

As all your stars are smeared from bottom left to top right, so my first impression is, that this is the case. This is very difficult to be sure of, as it is difficult to tell apart from jpeg artifacts and noise in your picture. In addition, it seems as if either wind or wiggle is present in your picture, which can for example be created by a mirror in your DSLR, if you use one. Did you touch your camera or the tripod before or during exposure?

How did you focus your camera?

In your second picture you can see ghosting and flares.

Not the answer you're looking for? Browse other questions tagged lens troubleshooting artifacts samyang or ask your own question.

3
How do the Samyang and Nikon 85mm portrait lenses compare?
1
What's causing the “seeing double” lens ghosting in my photos?
1
How does Rokinon 24mm f/1.4 image quality compare between f/1.4 and stopped-down to f/4?
4
Astrophotography Canon 17-40mm f4L vs Samyang 24mm f/1.4 how much of a difference would there be?
0
Lens Focus Issues
2
Manual lens on analog EOS camera, metering problem. (Samyang 85mm f/1.4 on Canon EOS 650)
0
What are these strange artifacts in nighttime photos of lamps?