In this photograph, which is a 4-layer stack of just the central area, I left the front & back soft intentionally.

It has quite a strong area of what I can only call 'vertical chromatic aberration' at the back right, where the least in-focus area is.
Reading other questions makes me think the term for this is Longitudinal (axial) chromatic aberration. Please correct me if I'm wrong.

So, I have two linked questions, one objective, the other subordinate question [I'm afraid] more subjective. The second couldn't stand alone, so I'm sneaking it in & hope I don't bring down the wrath of the opinion-based close voters.

Additional information from comments, which helped towards the accepted answer...

How was the image sharpened? What happens to this effect if the overall sharpening settings are reduced?

It was sharpened with a high-pass overlay, but the softer edges are painted out of the high-pass manually, so there is no sharpening at the problem area. Each layer of the stack shows the same effect, lessening as that area gets closer to focus. Had I done 2 or 3 more layers to get the entire thing in focus, as I normally do, it would have disappeared; so it's an effect of the out-of-focus itself. 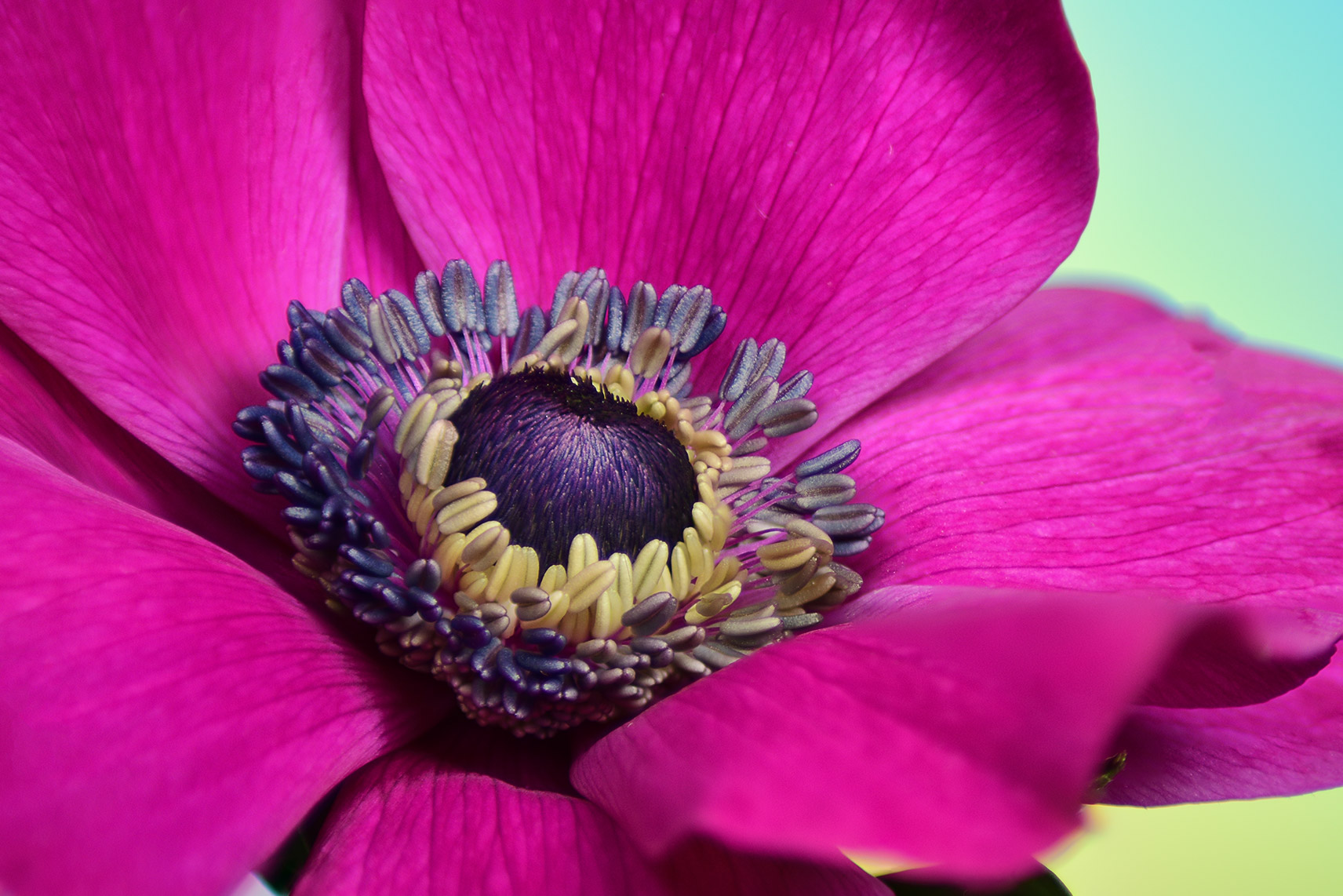 From similar questions - predominantly Photographic techniques to avoid chromatic aberration?
I can't avoid the contrast between foreground & background, the composition is dependant on the juxtaposition.
This is already a crop of a larger shot, but the aberration appears unchanged as the lens centre is approached.
Stopping down for this particular style leaves the front & back too sharp & also starts to kill the vignette background & make the actual shapes too visible; I do stop down if I need sharp right the way through, but there's something about focus-stacking with the lens wide open that I particularly like.

Is the only real answer, "Get a dedicated macro lens." ?

Each layer of the stack shows the same effect, lessening as that area gets closer to focus. Had I done 2 or 3 more layers to get the entire thing in focus, as I normally do, it would have disappeared; so it's an effect of the out-of-focus itself.

Then it is neither diffraction nor chromatic aberration. Both would manifest themselves even when the edge in question was in focus.

Is it, in effect 'colour bokeh'?

It appears to my eyes to be bokeh. The color is the result of blending the pink/fushia of the flower with the yellow/green of the background.

Subjectively, I find it a bit distracting and would probably prefer a version that did not include it. But that's not to say that the image as presented is a total waste - It's still a very nice picture.

Again, subjectively, perhaps cropping the image to a square or 5:4 aspect ratio to eliminate the entire area of yellow/green might result in a stronger image. 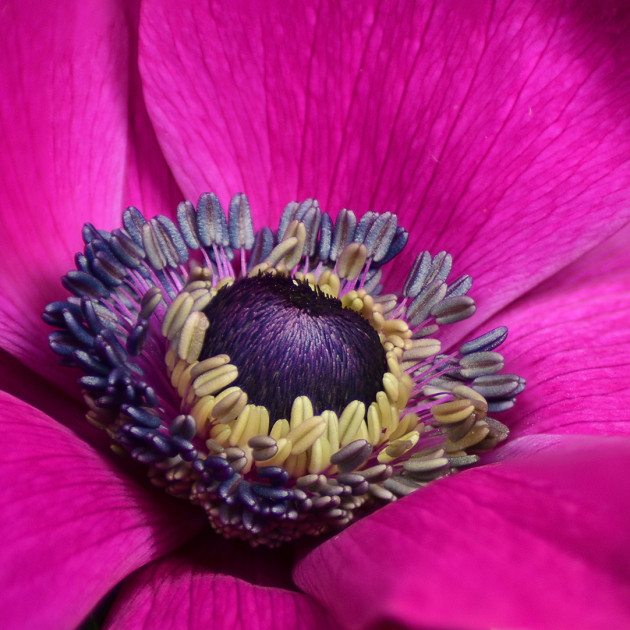 A dedicated macro lens is optimized for close focusing but probably won't help with this particular problem. For instance, the newest Nikon 'micro' apparently changes magnification as you focus closer or further away from the lens. According to several sources, this is true for most modern macro lenses. Check out What are the pros and cons of using macro rail vs lens focus? and What is the benefit of an internal focus lens? for more detailed info.

Based on the accepted answer from Michael, which fully answered my question of
"what is it?" - bokeh
I thought I would post what I actually ended up doing to fix the issue.

I painted it out by hand in Photoshop.
It had got so it was the only aspect of the picture I could see, completely distracting me from the rest of the image - so it just had to go.
I took the opportunity to fix another couple of hard edges whilst I was editing.

This is the result... 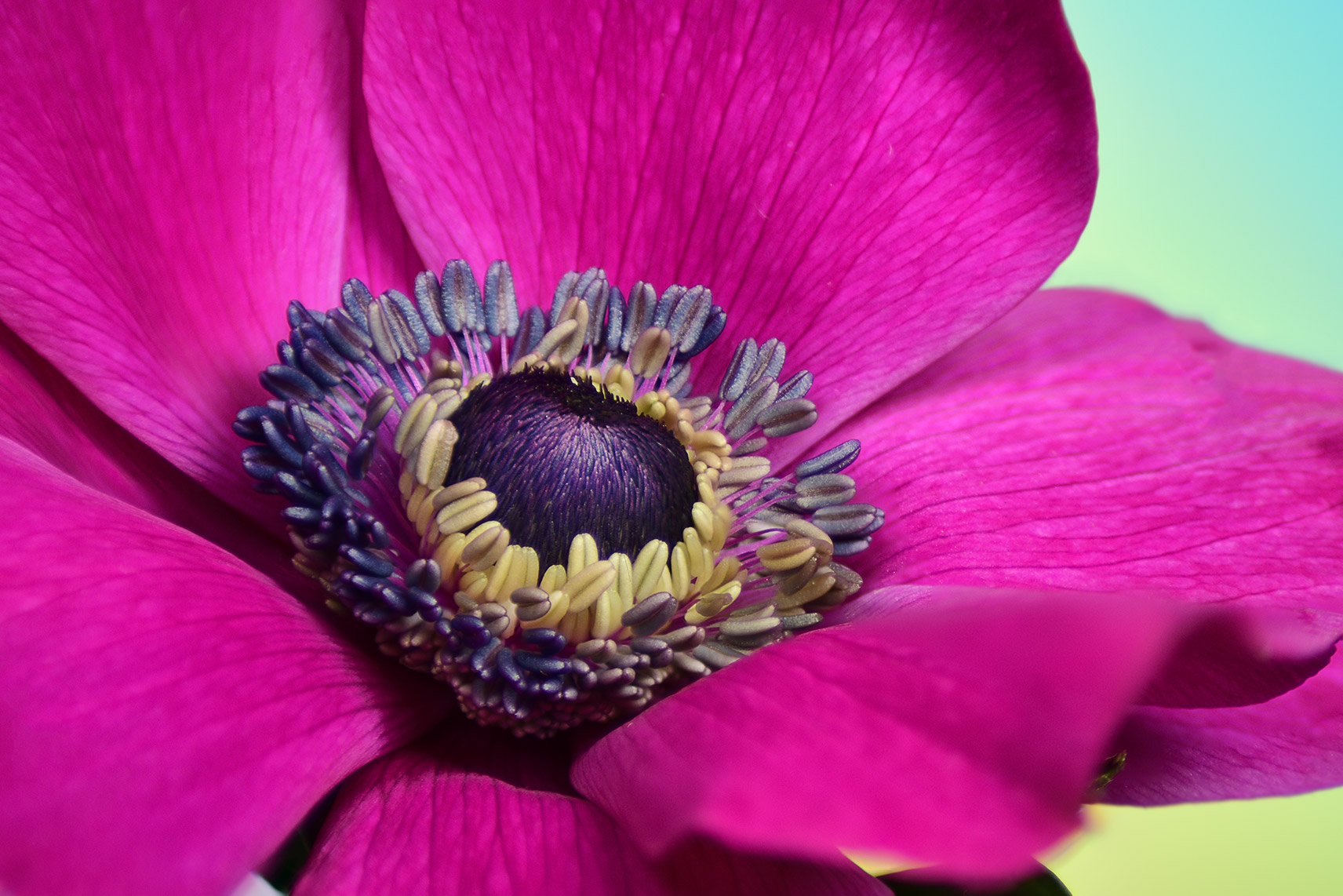 Not the answer you're looking for? Browse other questions tagged chromatic-aberration soft-focus or ask your own question.

12
Photographic techniques to avoid chromatic aberration?
20
What is the benefit of an internal focus lens?
4
What are the pros and cons of using macro rail vs lens focus?