How to cancel purple stage lighting on subjects?

HI! So, I shot a live band that played under purple stage lights. Most acts have strong colored LED lights affecting the subject's skin and I'd like to know how to tone these colors down when I'm shooting.

Ex: How to counteract the strong purple light shown on my subjects' faces? I'm aiming for as realistic color as possible.

I toggled between different White Balance settings and Picture Styles to go for a whiter picture overall. 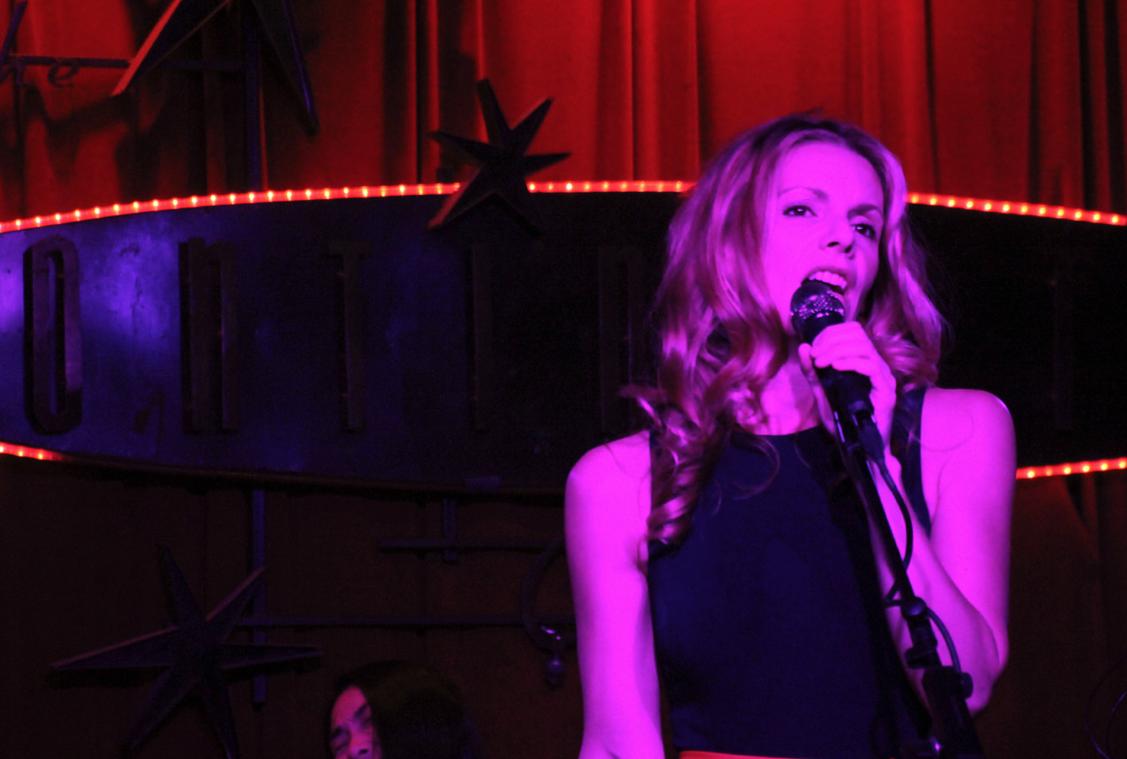 Pictures show different settings but all come out either too purple or too pink. **I want to control these settings and get the best image quality as possible before even touching or relying on post editing. Thank you!

You can counteract the heavy influence of magenta that is typical of LED stage lighting by adjusting the WB fine tuning in-camera for most DSLRs. Canon calls this feature White Balance Correction. It can be accessed under the WB Shift/Bkt menu item in Canon cameras. Most other camera makers have similar adjustments.

You may also need to adjust exposure to compensate for one color channel that is much stronger than the others. A combined histogram (and your camera's automatic exposure) that averages all three color channels won't show the one channel totally blown out. Set your camera to show separate Red, Green, and Blue histograms on the LCD screen when reviewing images and adjust exposure based on the strongest color.

From pages 172-73 of the EOS 7D Mark II Instruction Manual. Other EOS cameras are similar. 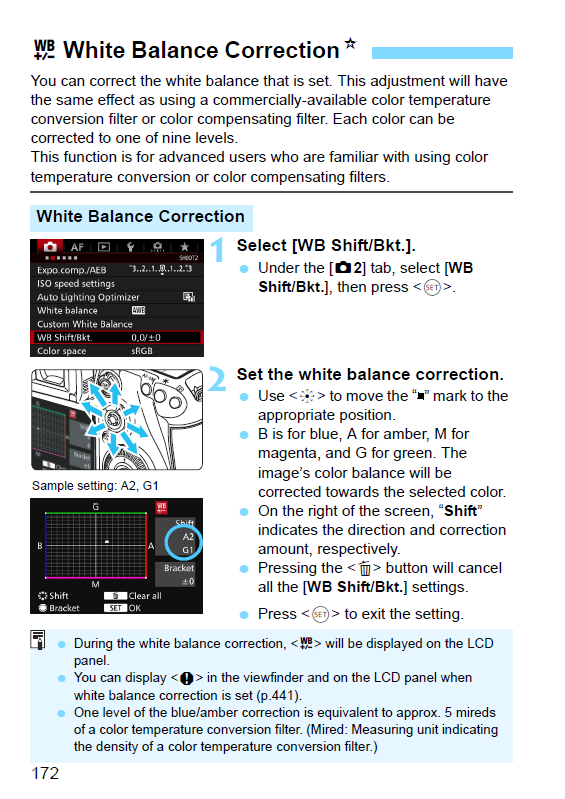 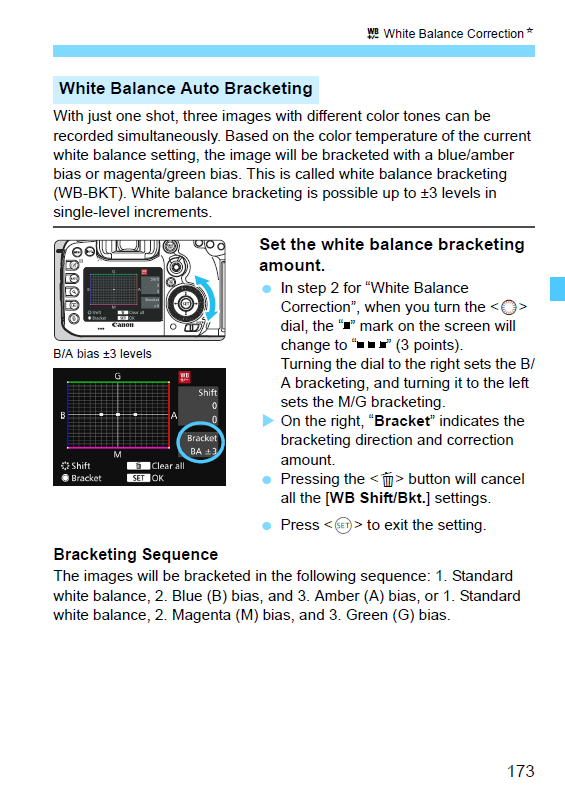 Move the cursor in the direction away from the colors on the four borders of the graph that are dominating your pictures. If you exit the WB correction screen without pressing the Set button first, your changes will not be applied!

When shooting under LED stage lighting that gives the characteristic pink look like the examples in the question, I typically use a WB correction of about 8 or 9 steps towards green and about 2 steps towards blue (G9,B2). Each step with Canon EOS cameras is about equal to a 5 mired color conversion filter. I typically set the color temperature manually by trial and error. At the bar I shoot in the most I use 3700-4200K and a WB correction of around (G9,B2).

You'll just have to play around with it in each venue where you shoot and for how the lights are set for each performance within the same venue. If the lights are alternating between colors I don't try to totally cancel them out, I just set a median value when all three colors of LEDs (R, G, and B) are lit and then let the variations remain throughout the performance. When only one color LED is lit you're pretty much limited to a monochrome image, either with the color used or B&W. Even if the red/magenta and blue LEDs are lit, if there is absolutely no green then it will always be an uphill battle as Bayer masked digital cameras are twice as sensitive to green light in the middle of the visible spectrum as they are to red and blue on either end.

If you are shooting RAW then all of the in camera settings for color temperature and WB correction can be changed in post. If you are shooting jpeg they're more narrowly locked in as shot. With jpegs you can adjust the R, G, and B curves independently and good HSL tool can help to remove color casts from jpegs but radical changes won't look very good. Saving the raw data gives you a lot more latitude for color correction in post. If you're not using your camera manufacturer's raw conversion software (Digital Photo Professional 4 for Canon) then your WB corrections may not be automatically applied when you open the raw file on your computer.

One of the biggest advantages to shooting raw vs. jpegs is the ability to use the color picker in the raw conversion process. Another advantage is to correct beyond the limits of the White balance Correction tool. If I've dialed in the maximum +9 for green in-camera and still want more green I can do that in a raw editor. If you can get close enough to a white object under the stage lighting to take a photo that can appropriately be used to set a Custom White Balance then you can do much the same thing in camera. But you don't alway have such an opportunity to capture a white object under the stage lighting at a large enough size to use it for a camera based CWB. With the color picker in post you can use a much smaller area of the total image to set color temperature/WB.

Even with your highly compressed jpeg image, I used the click white balance tool and then adjusted the hue, contrast, and saturation levels. I then used an HSL tool to pull back the magenta, yellow and green saturation while slightly increasing the green and yellow luminance as well as lowering the magenta luminance (the singer's skin was blown out in the magenta channel). Here's what I got in just a few minutes: 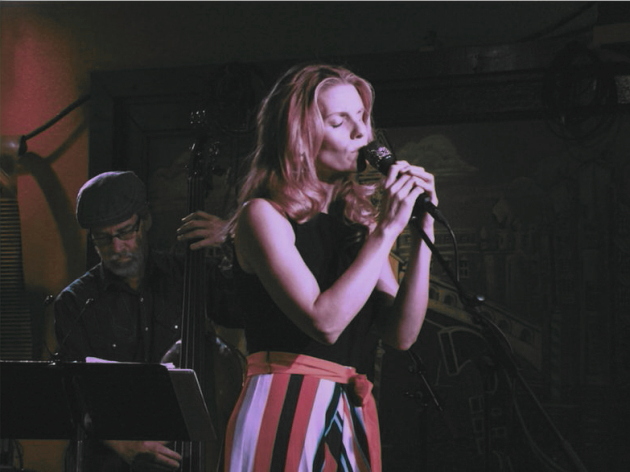 Here are two versions of the same image I shot several years ago. The first is what an in-camera jpeg would have looked like using "Auto WB" and the Canon "Portrait" Picture Style. The only difference in the second was using the "Click White Balance" eyedropper to adjust the color temperature and white balance correction to the raw data with one click. (The tools I use now are a little more refined, but just the "Click white balance" gets it pretty close very quickly!) 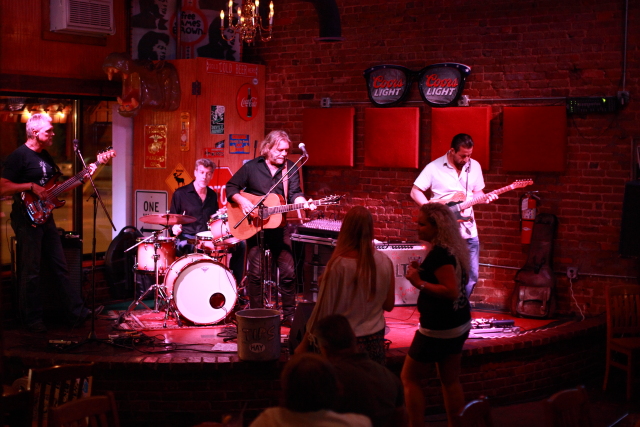 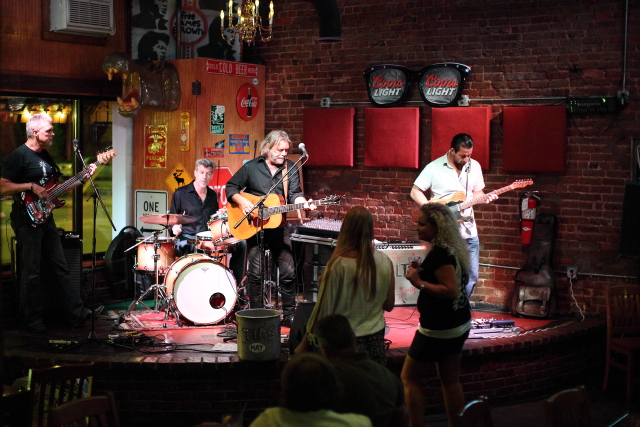 For more, please see these related questions:
Blown out blue/red light making photos look out of focus
How could I have counteracted purple lighting?
What are appropriate lenses for concert photography?
I'm having trouble getting sharp pictures while shooting a concert from a press pass location
Best Lens & Camera settings for dance concert with average lighting
Why do RAW images look worse than JPEGs in editing programs?

19
How could I have counteracted purple lighting?
30
Why do RAW images look worse than JPEGs in editing programs?
10
Blown out blue/red light making photos look out of focus
10
What *exactly* is white balance?
10
I'm having trouble getting sharp pictures while shooting a concert from a press pass location
10
How do I diagnose the source of focus problem in a camera?
9
Best ways of photographing at a concert/festival
2
How do I find the right white balance value to set in my camera?
5
How to correct yellowish pictures under fluorescent lighting on a digital camera?
4
What are appropriate lenses for concert photography?
See more linked questions

8
How to photograph live stage shows?
4
How to light macro subjects with an off-camera solution?
19
How could I have counteracted purple lighting?
2
How to achieve bright lighting during sunset
1
How to get lighting like this in a photo?
1
White LED lights come out purple in iPhone photos
3
How can I light a large group photo at night outside on a stage?
5
Fixed camera and light settings return different exposure