I have the Canon PowerShot SX410 IS. Last year with some help, I was able to photograph Jupiter and its moons. Now, in the coming Spring, I want to make a photo of Saturn's moons.

I know Saturn's moons reflect less light than Jupiter's. I think I can compensate this using a slower shutter.

On the following photo, you can see the picture I took from Jupiter with its moons and a small star at the bottom. 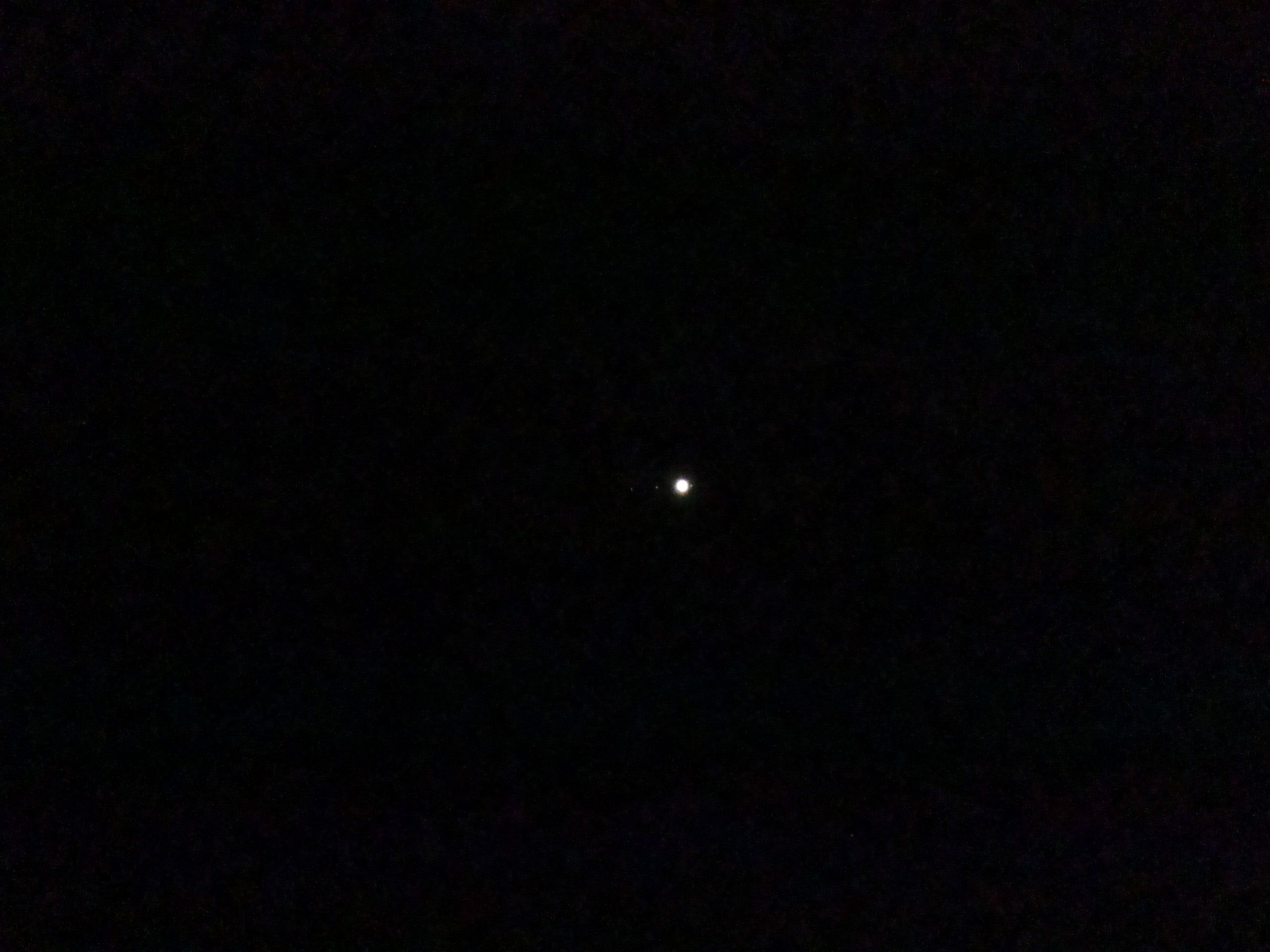 Can I make a similar picture of Saturn's moons ?

I'm not an astrophotography expert, but here are some facts (I hope I interpreted them correctly):

If the exact same moons were orbiting Jupiter and Saturn, the intensity of light coming from the one orbiting Saturn will be diminished by a factor 16 compared to the one coming from Jupiter's. If you want to receive the same amount of light, you will need to increase your shutter time by 16.

Now considering the real moons, Io (Jupiter) has a diameter of about 3600 km with an albedo of 0.6 and Titan (Saturn) is about 2500 km wide with an albedo of 0.2. All thing being equals, Io will reflect about 6 times more light than Titan. Titan is about 100 times less luminous than Io !

Considering distance, using the same lens, your camera's sensor will perceive Saturn as being about 2 times less "big" than it did with Jupiter, so you will have 4 times fewer pixels to resolve it. Considering the moons, it should be about the same.

Given those informations, you should be able to judge if you can get a good image of Saturn and its moons, given the image you got from Jupiter.

For information, this website indicates that you need a 90-millimeter telescope to see the brightest moons of Saturn (90 millimeters being the telescope aperture). This kind of telescope is usually associated with a focal length of about 600 or 700mm (so about a f/7 600mm lens). As your Canon PowerShot SX410 IS is equivalent to a 960mm focal length with a f/5.6 aperture, you might have a shot :)

You might have a better chance of getting a good image if you take several images and use a photo stacking application to combine them. This allows you to stack many photos together to produce an image with less noise and more detail. There's a free application named StarStaX that allows you to do this sort of thing. It's available for macOS, Windows, and Linux. There are probably others you can find if you want more options.

If you don't have a star-tracking tracking mount on a tripod, it's very "maybe". 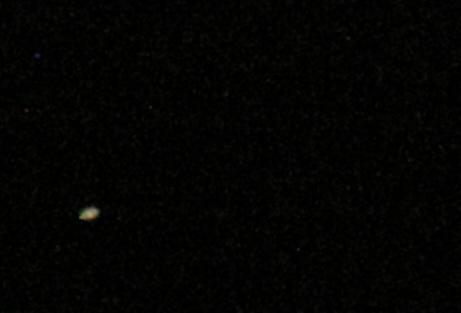 Your camera isn't quite as capable as mine: the long end of the zoom range isn't quite as long, and maximum ISO is only 1600 (and is somewhat noisier). On the plus side, your camera has a wider aperture at full zoom which compensates for the lower ISO. It's certainly worth trying. Make sure you know where Titan will be so you can pick it out from the sensor noise, and don't drop the shutter speed too slow -- my 1/60 is about as slow as I could go without losing detail to motion blur from the Earth's rotation.

If you do have a tracking mount, it's a definite "yes". Just point the camera at Saturn and keep increasing the exposure time until you see Titan.

Not the answer you're looking for? Browse other questions tagged canon astrophotography or ask your own question.

2
Why is my Canon Powershot A1100 focusing only on the bottom part of scenes?
0
How to troubleshoot LCD problem in a Canon Powershot G12?
3
How to reduce Jupiter brightness in the photo?
6
Why isn't infrared AF assist beam the default when available (instead of irritating strobing)?
1
Why isn't using exposed, undeveloped film working as a filter for my DIY infrared camera modification?
2
What is this random white dot in only one photo of Eagle Nebula stack?
17
Why is this smartphone picture better than this dedicated camera picture?
12
What kind of filter do I need for safe sun photography?
3
Pentax Astrotracer: Lens error on wide angle lenses?