How does red-eye reduction work on digital cameras?

How does the auto red-eye correction work in digital cameras?

There are essentially two ways to remove red eyes with a digital camera:

Best is to attack the effect at the source: red eye effect is caused by a source of light close to the camera and pointing directly to the subject. See e.g. How to Avoid Red-Eye in Photos? for techniques to avoid this (bouncing the flash is simple and efficient if you have the right flash for that).

Conventional wisdom about red-eye reduction states that contraction of the pupil is responsible for reducing the amount of red-eye you get to see. Pre-flashes or focus-light action may have some of that effect but a significant part of their work mechanism is attention-catching, causing the eyes to reflexively focus on the light source. Here are two photographs made under equal conditions, with the first focused right on the camera and the second focused to some point significantly before that. 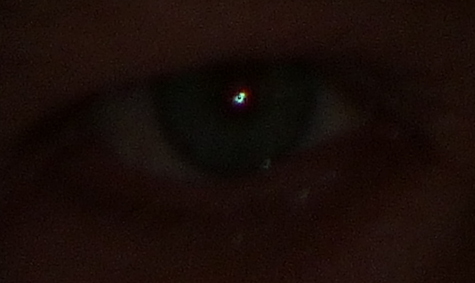 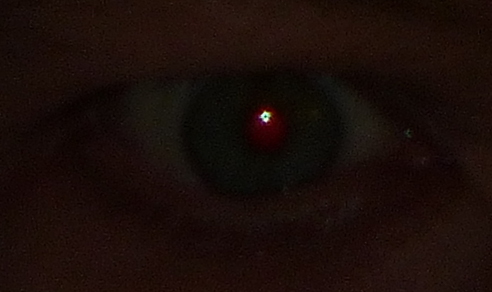 Try it yourself. Focus on the camera versus some point far from it, either closer or by relaxing your eyes and looking wide.

Of course, an enlarged iris does also increase the "bokeh" on the retina and thus the overlap between flash image and lens image. And of course, separating lens and flash more also separates their more or less blurred images on the retina more.

But catching the visual attention, triggering the focus reflex and thus creating sharp images of camera and flash does a lot for separating what the flash causes in the eye to happen and what the camera lens gets to see.

The pupillary response begins almost immediately upon changes in lighting, but takes longer to complete. It also takes much longer for pupils to fully open than it does for them to constrict. (Shine a light in your eyes while looking in a mirror if you're interested.) The direct response is the change in the pupil through which light is shone. The consensual response is the change in the other pupil. Both eyes should respond equally because neural pathways cross over connecting both eyes to the controlling regions of the brain. 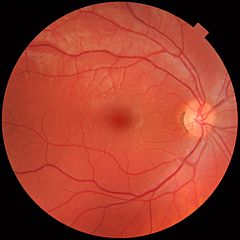 0
Is conventional wisdom about the mechanism of red-eye reduction flawed?
26
How to Avoid Red-Eye in Photos?

26
How to Avoid Red-Eye in Photos?
15
What's the reason for red eye in photo?
7
Can red eye in only one eye be a sign of cancer?
1
Does the position of the flash in compact cameras make a real difference in reducing red eye?
0
Using “Auto & Red eye reduction” flash setting when no eyes are present in the photo?
0
How to disable the red eye protection flash with sony powershot DSCWX80 or WX60?
4
What caused “silver eye” instead of red eye, and what can I do about it?
0
How can I cause red eye in photos I take with my iPhone 6s?
2
Does red-eye reduction work with removable hot-shoe flashes?