Why do I get converging vertical lines even when using a normal perspective lens? 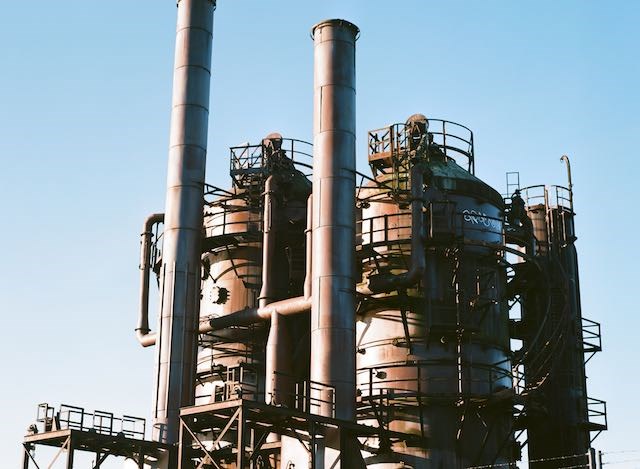 I'm surprised at the lack of parallelism of vertical elements. I was pointing up at a diagonal to avoid a fence; is that all there is to it?

The source of the distortion is the camera’s viewpoint. A combination of subject distance and the angle-of-view, delivered by the chosen focal length of the lens, produced the distortion. Your location was such that you were required to angle the camera upward to include all of the structure. This upward aim is the main culprit. Had you stepped back or used a lens with a wider angle-of-view, it might have been possible to hold the camera level; this action would have minimized the distortion.

In architectural photography we use specialized cameras that allow the image plane to remain parallel to the structure. The lens mount is gimbaled to allow the lens to swing upward independent of the image sensor (or film). This maintains the parallelism.

If you shoot this image from a viewpoint at the middle of an adjacent high-rise, both the top and the bottom of the building would image narrower that the center.

There are tricks that an architectural photographer can employ. Key is a camera with swings and tilts that allow the image plane and the lens plane to move in relationship to each other. Clever placement mitigates, to a great extent, this distortion. During the printing of the image, additional corrections can be applied. This includes the use of editing software to alter the perspective of the image

Normal perspective still includes... perspective. If you point your camera upwards to focus on a really tall chimney you would find a vanishing point.

When you tilt your camera up (A) you start to see that perspective.

To achive parallel lines you need a shift lens, so the lens is kept parallel and you move your sensor to capture the far part of the chimney (B). 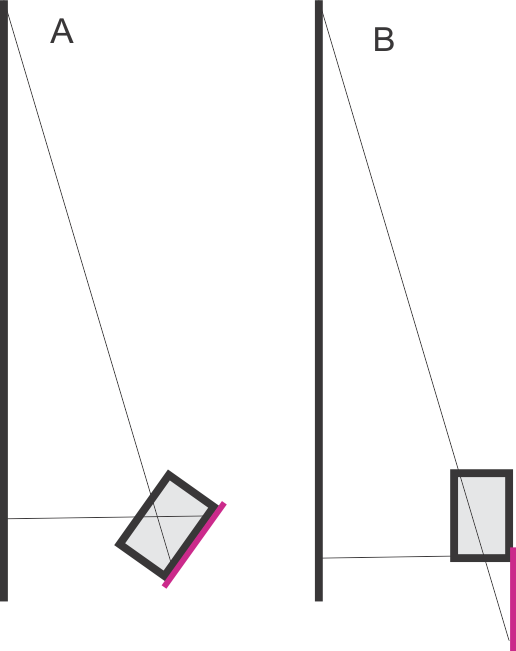 Your eye is also a "normal perspective lens" and would see the same optical illusion of convergence of object lines that your camera does. Your camera has faithfully recorded what your eye has seen. It cannot record what your mind thinks it sees.

16
Why does a 50mm lens appear to give a human perspective, rather than a normal lens?
5
How to calculate the viewing distance giving natural perspective?
6
How to avoid unflattering facial distortion when using a slightly wide angle lens?
5
How much of a difference is there between photos where perspective is fixed in post as opposed to being shot with a tilt lens?
4
Why do large format cameras seem to keep vertical lines vertical rather than converging?
0
What kind of lens do I need to get more of the scene into the frame?
2
How do i take a photo of an object perfectly vertical like a top view?
6
How can I get headshot portraits with pleasing, natural perspective if I'm constrained to a short distance?
5
Distance-creating "lens"?
4
How to get straight vertical lines when photographing from above?