Why are cinema cameras so big? [closed]

I have always wondered why cameras for filming TV are so big. Even the camera's that my high school video production class uses are huge. I tend to see some people starting to move towards cameras like the 70D or the GH4 for video because they are much more conveniently sized, but still have great video capabilities.

I can understand why a dslr would be bigger than a point and shoot camera, or a phone camera because of the mirrors, sensors, and other various components, but what does cinema camera need that makes it so much larger? And what differences do these things even make?

There are a few factors that contribute to this but Ill break it down for TV cameras since that is what the question seems to be about, 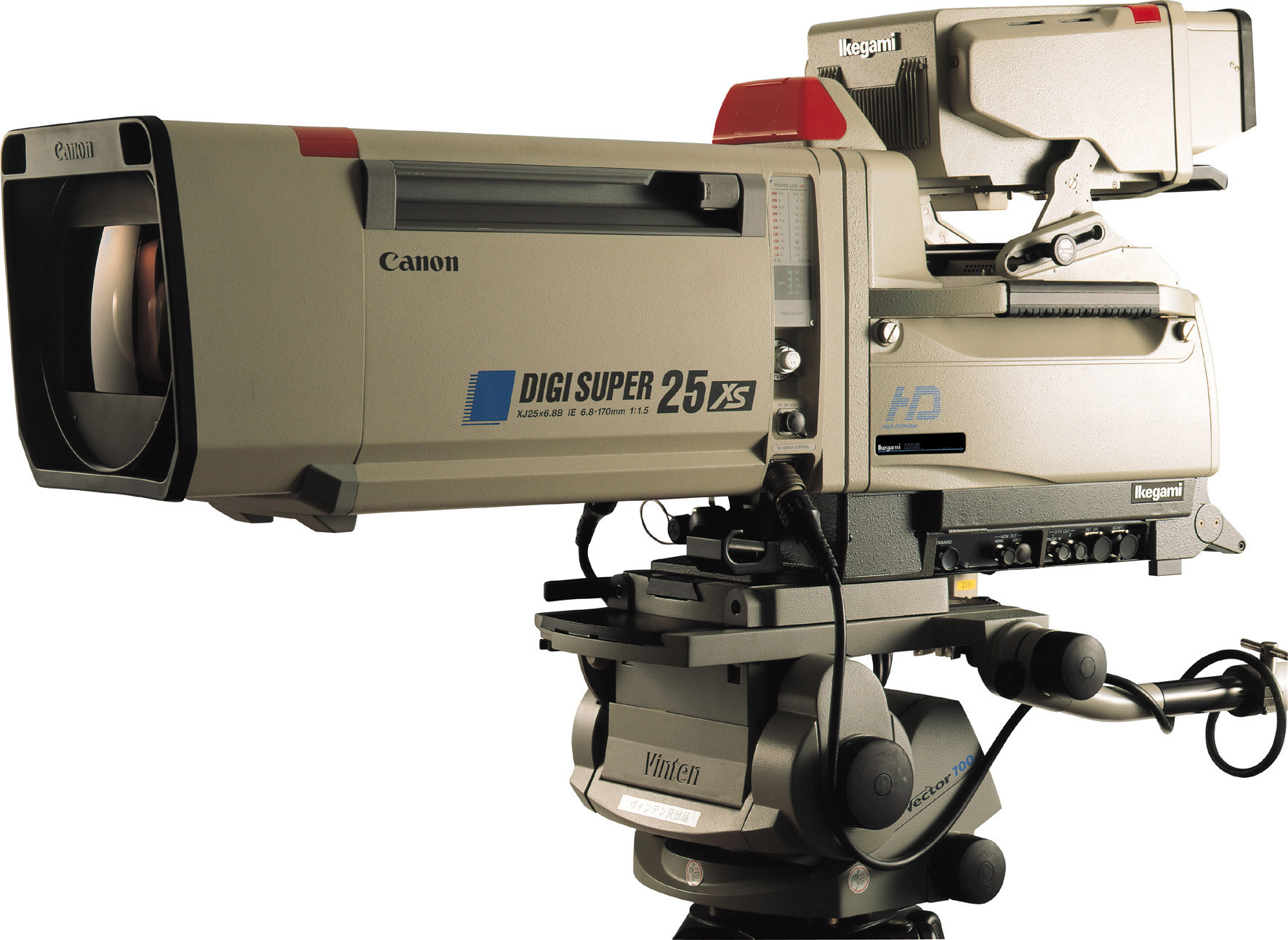 The Lens: In many cases the camera is not really that big as much as it may just have a huge lens on it. Next time you are at a sporting event, take a look at how far the cameras are from the actual field but can still grab a great shot.

View Finder: Studio cameras also tend to have large view finders (that are really more just small TV's) as apposed to the small eye piece finders or 3 inch screens found on your DSLR. Note the big unit on the upper rear of the camera in the image.

Extra Features: In a live TV studio that implements a multi-camera setup bused through a mixer of some sort will need some extra features to pull off a broadcast. When editing video you have the luxury of correcting things like color in post production. In a live setup you dont have this luxury so to avoid dropped frames which switching and to ensure the colors are constant across multiple cameras the cameras have things like Genock and remote color correction etc.

Teleprompters: some large units also have integrated teleprompters and queue lights which make them seem large but in reality what you are looking at is something else.

Old Gear: In some cases studios invest in high quality equipment and expect to get a lot of years out of it. In turn some gear is simply big and bulky as it dates to an era where that was the smallest stuff available.

Not the answer you're looking for? Browse other questions tagged video cinema or ask your own question.

5
How can I select a simple camera?
11
Are there dSLR cameras which can take movies without a rolling shutter artifact?
1
Do video cameras use the same image sensors as still cameras?
20
Why are cine lenses so much more expensive?
2
What type of cameras are best for low-maintenance time-lapse videos?
20
Why are DSLR lenses measured in F stops instead of T stops?
2
Are cinema lenses good for photography?
35
How are SpaceX rocket launches filmed?