How did CNN take that gigapixel photo for Trump's Inauguration?

I cannot see any form of blurring from motion, or stitching artifacts. It seems impossible to have been over time. Was this a special lens that they used? If so, what's it called?

As many answers are pointing out, stitching artifacts are in fact present on the photo.

The basic idea is a setup of cameras phisically fixed on a spherical rig that shoot a photo at the same time, and then each of the images stiched with some pre defined parameters as the relative positions of the images does not change.

The central point is displaced so you can sometimes find some misaligment, specially on closer objects. (An explanation on this misaligment here: Do I "need" a panoramic head to shoot 360 panoramas?)

The more cameras you put, the more Mpx you have. This ammount of cameras also defines the focal distance of each shoot. If you want a longer focal lens, you need more shoots.

Take a look at the setup for google street view: https://www.google.com.mx/search?q=google+street+view+camera

There are some other consumer cameras with smaller Mpx output, but the idea is the same, like Bublcam or NokiaOzo. There were several Startups to make this kind of cameras inclusive for video.

It is defenitely stitched, although I must say it's done quite well! Here are two examples I found in a minute. 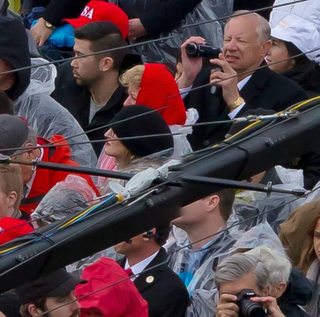 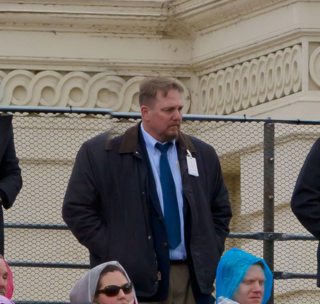 With the cameras they have nowadays I don't think it took very long at all. Assuming it is a few gigapixels, using a 50MP camera, you would only need about 100 pictures. With the ammount of light those can be taken in less than a minute (with the proper equipment).

As equipment, most likely CNN used an auotmatic panning head with a high end DSLR or mirrorles camera. Something like the GigaPan head shown below. 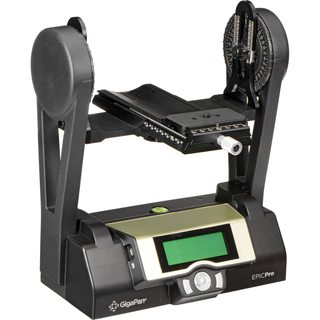 When you shoot panoramas, the amount of overlap you have during the stitch is key--with enough overlap, you typically have enough 'clean plate' to erase most ghost/clone/stitching error mistakes you come across. It's mostly a matter of how much time you want to spend retouching the image. But if you're experienced, you can pick out the "errors" caused by the stitch. I found some clones of two girls who apparently were moving too fast not to make it into two separate member images outside of the overlap area. This doesn't ping as an error for most folks looking at the image, because it's not that obvious as a movement error. 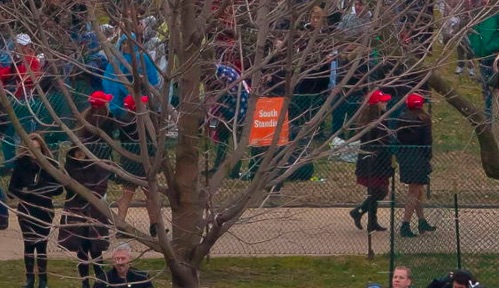 There's also the fact that most people don't move a lot when someone's giving a speech. :) And that the vast majority of them probably aren't at the edges of the member images. Also, an autopano rig is probably going to be snapping these images off pretty quickly, so folks mostly won't move far, if they do move, between the images.

There are many gaffes stitching the Gigapixel CNN Presidential Inauguration photo. 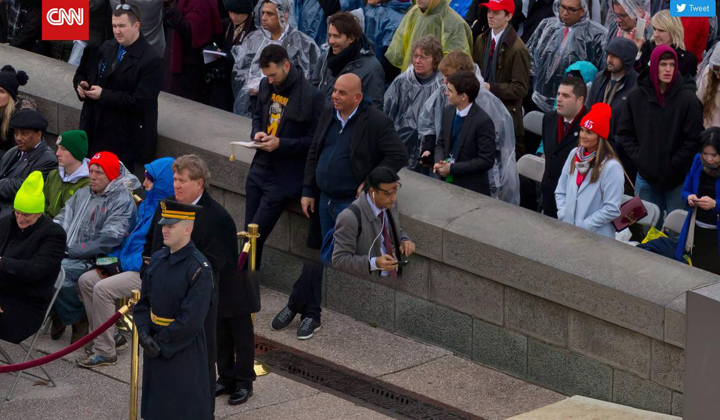 If you examine closely this photo is full of Photoshop gaffes and bad stitching, there is man with a grey coat, glasses, red tie and iphone WITHOUT A LOWER BODY AND LEGS (first wall) and also other legs without a body (to his left) and there are other SHOES WITHOUT LEGS. (first barrier right) . In the right tower there is a man giving his back to camera but some tiny awkward shoes are coming to the front. These portions are been obviously badly doctored. Keep looking for more....GL 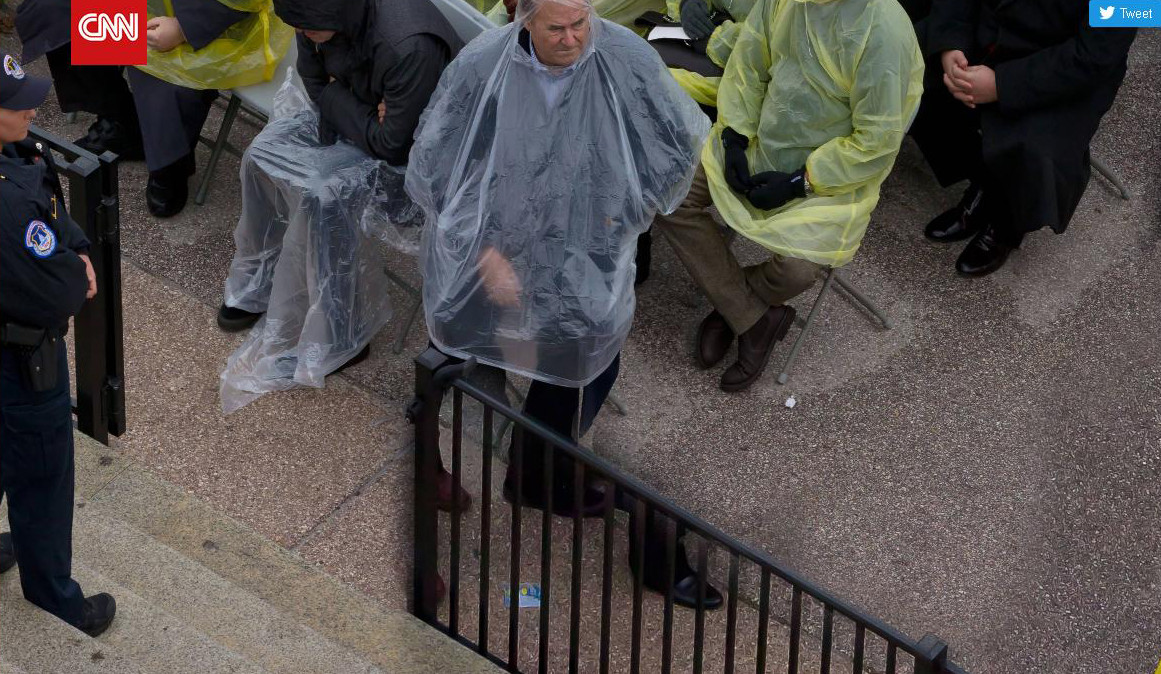 Not the answer you're looking for? Browse other questions tagged post-processing image-quality panorama or ask your own question.

17
How do I find the aperture that produces the highest-quality images for a given lens?
9
How should I use Lightroom for processing for photo lab prints?
5
Is there a "How do they do that?" site for learning image post-processing techniques by examples?
10
How do you use Kodak Color Control Patches for photo color/tone restoration?
5
Software for gigapixel photo stitching
2
How do I take a stereoscopic photo to view with Google Cardboard without buying two DSLRs?
2
How to calculate the correct position for this inception style photo
0
How do I find out what camera was used to take this photo?