What is this Dimension-brand 135mm lens?

Kind of what it says on the tin. I got this lens, sans caps, as a gift from a friend (who doesn't really know photography). It's dusty but otherwise seems to be in decent condition, but I can't seem to find any information about it on the Interwebz.

It's got a "clicky" (non-continuous) aperture adjustment, and an auto/manual aperture switch located at the base. Minimum focus is 1.5m. 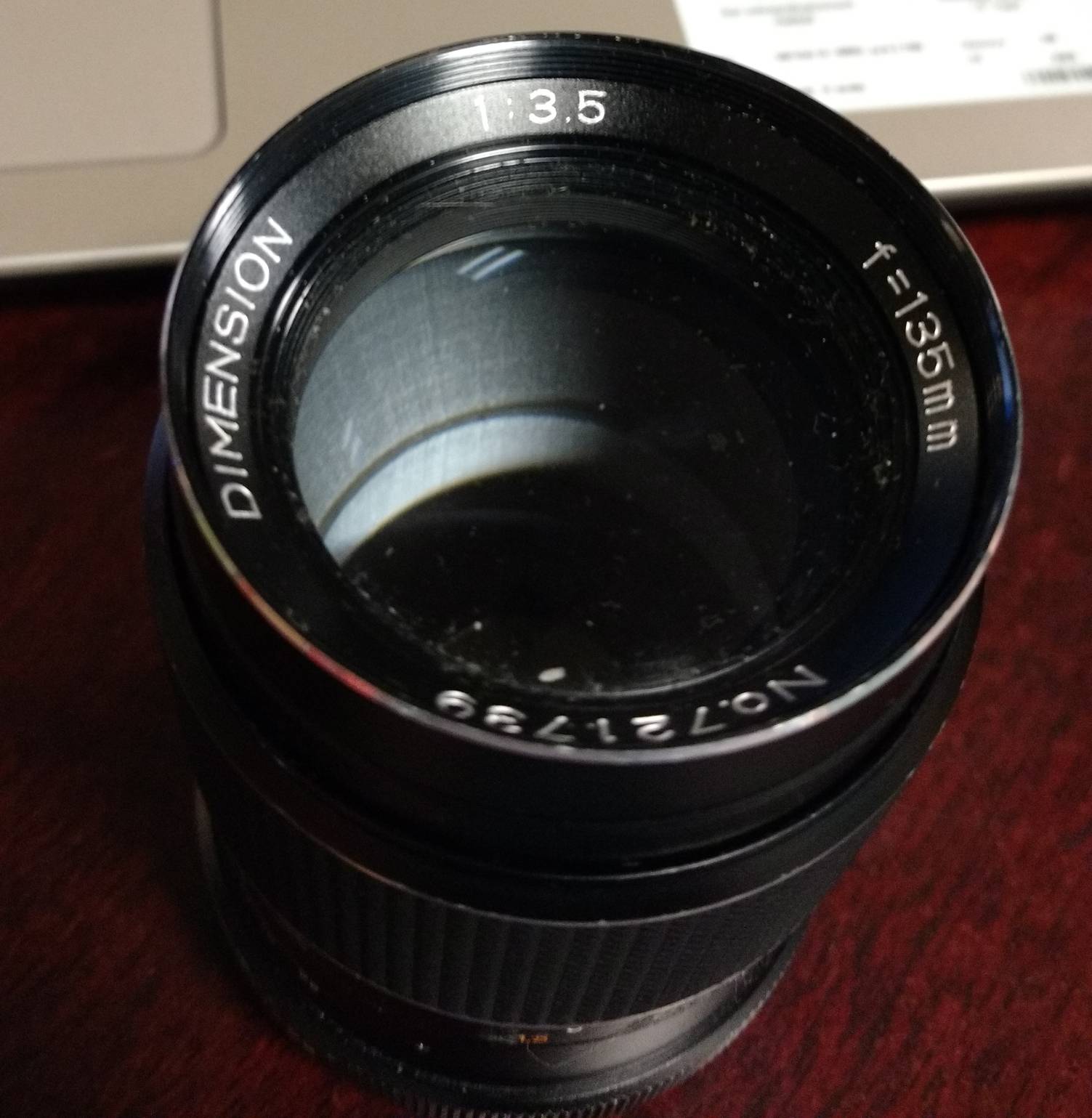 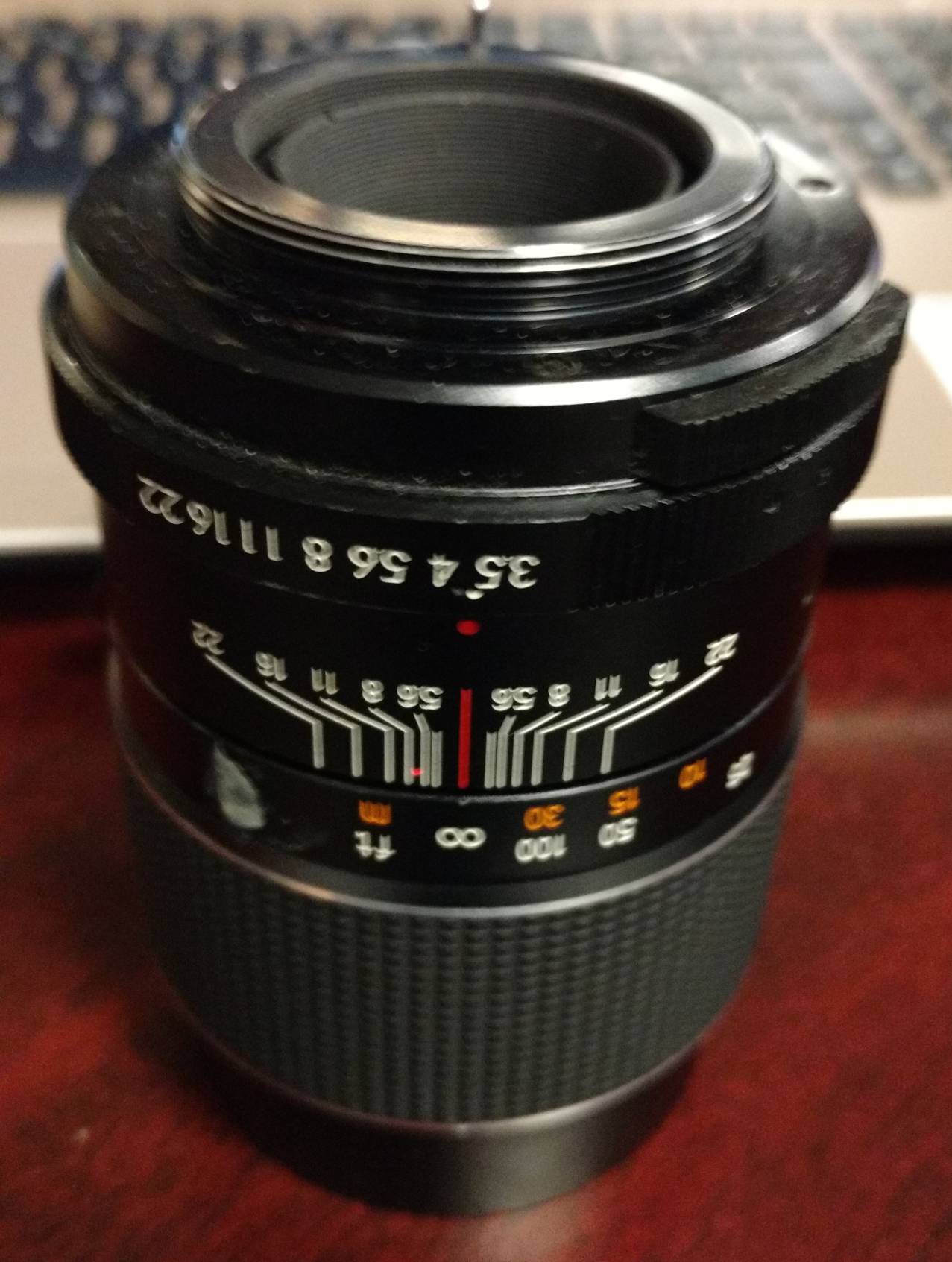 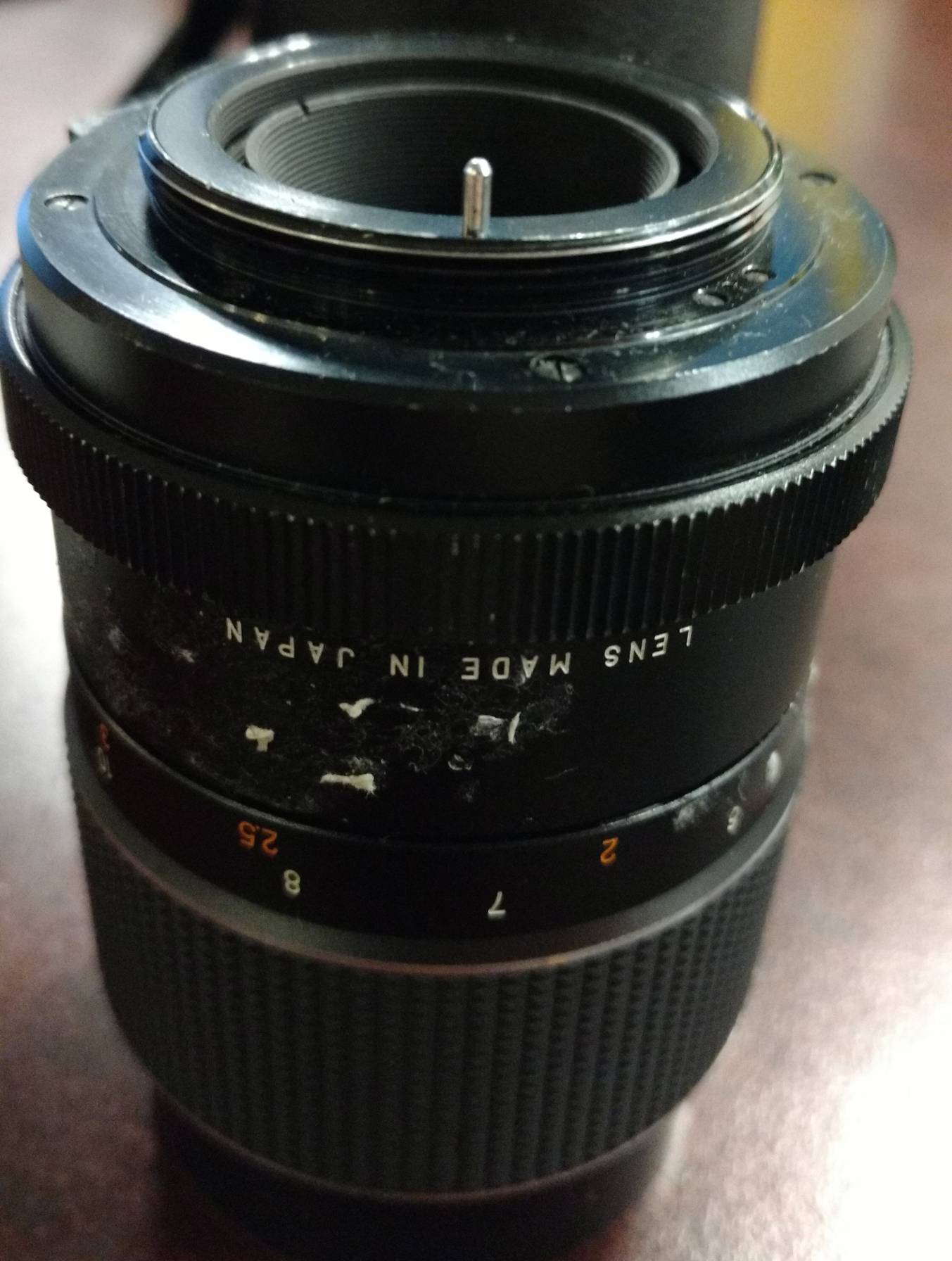 Sorry about the awful quality — these were taken with my phone (I know, I know).

EDIT: I've found a description for a lens that's an exact match for this one, but with Prinzflex branding. I wonder what company did the original design work?

This looks to be a M42 mount lens. The "Dimension" brand was probably a store-label brand made by Sun, Cosina, Chinon, or some such other lensmaker. ("Dimension" is unfortunately a horrible name to Google for...)

This thread at MFLenses Forums apparently covers the exact same lens model (it's old enough that a lot of the image links are broken). Apparently it's a very decent lens.

Note: Michael Clark helpfully suggested to mention the similarity between the M42 mount and the T-mount. Both mounts are 42mm threads.

Takeaway: make sure to measure the thread pitch before assuming M42.

See also: the accepted answer to How do I identify unknown thread mounts?

Not the answer you're looking for? Browse other questions tagged lens old-lenses equipment-identification or ask your own question.

11
How do I identify unknown thread mounts?