What is this old film and how do I handle it?

This looks like a roll of film and was found in an old house. It is from around 1908. It seems to be wrapped tightly and almost was mistaken for a spool of thread. A piece of metal foil was loosely wrapped around it.

I didn't want to disturb it without knowing what it was, but it seems like it's probably and undeveloped roll of film. 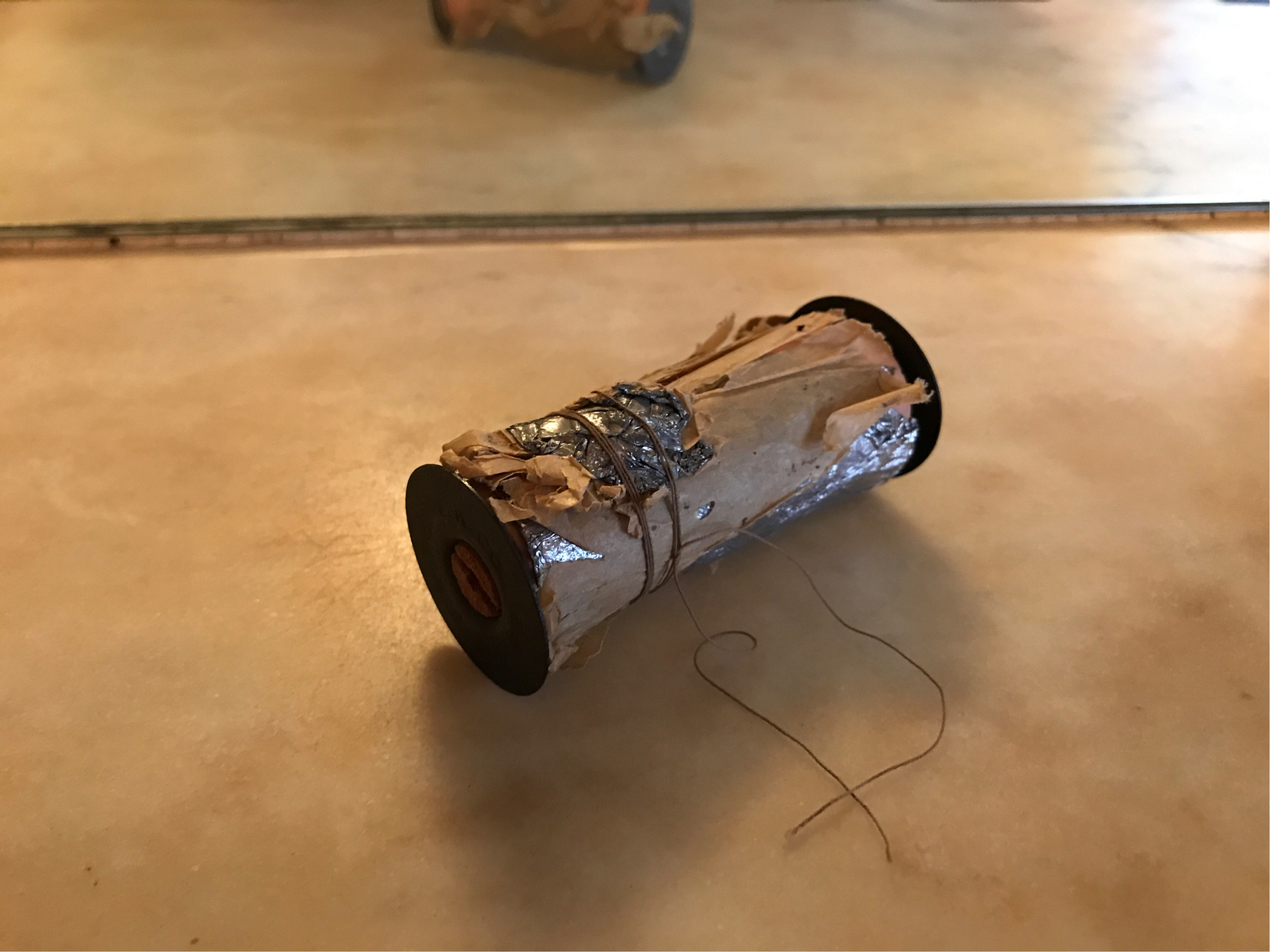 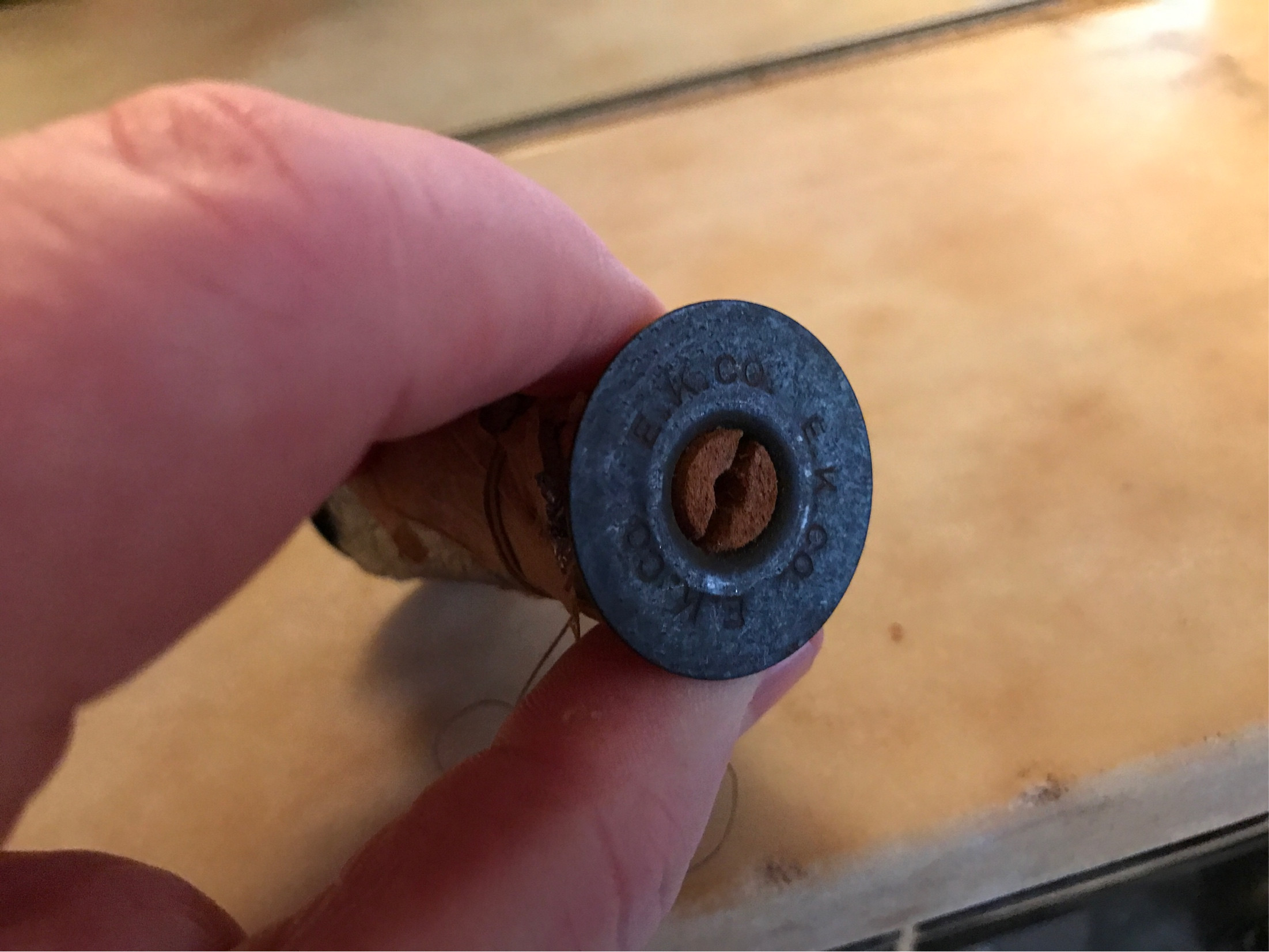 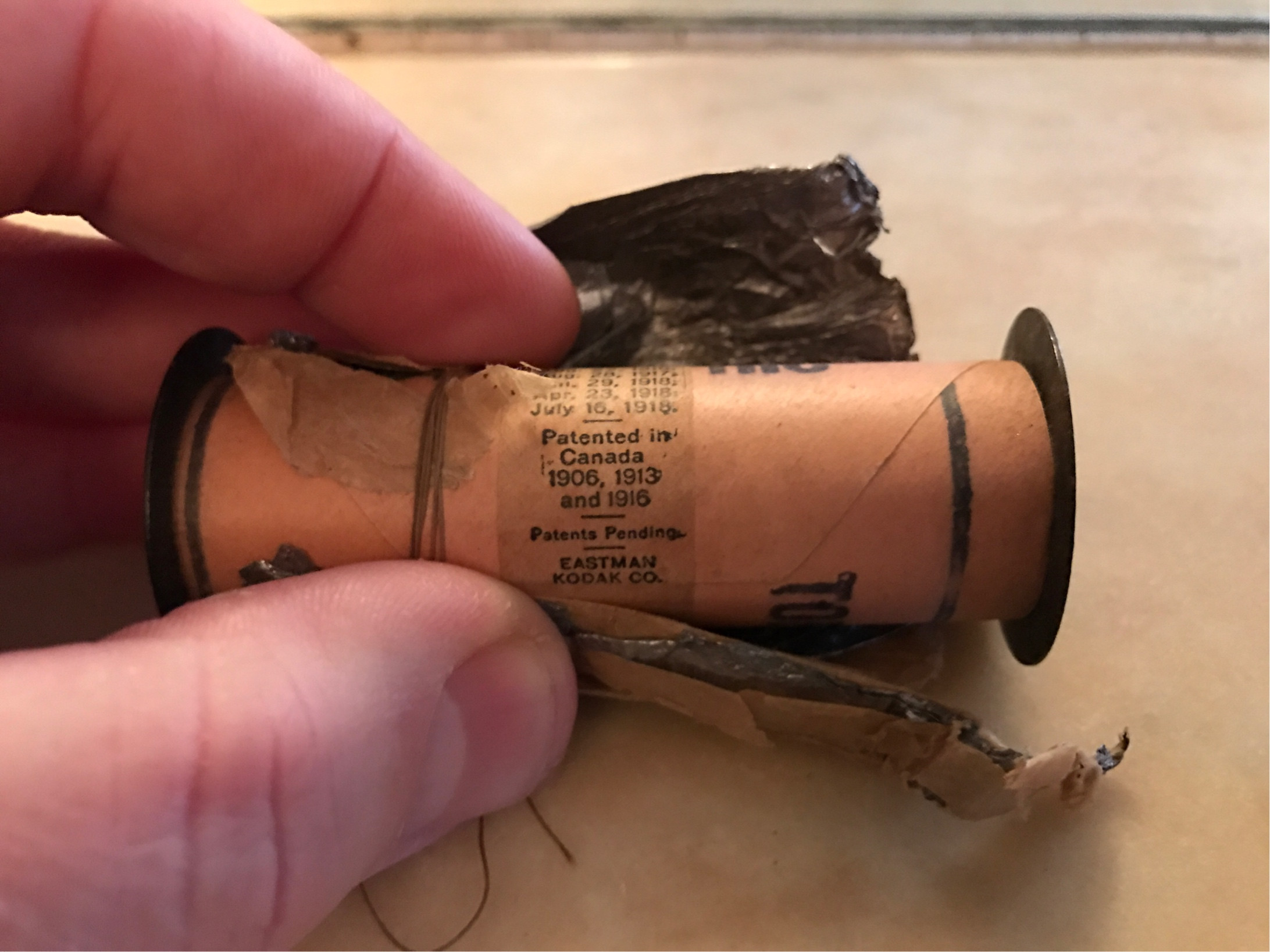 Roll film of this size and type is suppled on a spool. The film is wound on a spool and protected from light exposure by an opaque paper over-rap call a backing paper. The roll, film and backing is sealed with an adhesive label. In this case, the adhesive label gives the patent date. This roll is loaded in the camera. Using a winding knob, the roll is advanced frame by frame. This process transfers the film from the supply spool that contains the film, to a second receiving spool. The film is removed from the camera and sealed with an adhesive label. This now rewound film displays the words EXPOSED in several locations. This prevents the accidental re-loading of exposed film. The absence of the word EXPOSED tell the tale, the film has never been loaded into a camera.

Its definitely an unused roll of film. However, if its as old as you think (1908) it may be nitrate-based film stock and has a very unstable composition (will degrade rapidly when exposed to air) and it is highly flammable. Nitrate film stocks were in use until the early 1930s. Eventually cellulose "Safety Film" replaced nitrate film stocks and plastic film stock replaced cellulose film. Nitrate motion picture film stocks were the reason old movie theater projection rooms had fire doors and fire suppression systems.

If you're interested in developing it, I would put it in the hands of professionals. Check out https://www.filmrescue.com/.

Not the answer you're looking for? Browse other questions tagged film developing equipment-identification or ask your own question.

11
What's the best way to develop old, exposed film?
1
How to handle old, exposed 35mm film stored in refrigerator?
5
How can I soften old film before putting it on a developing reel?
4
50+ year old ilford film
3
Why does develop+scan cost the same as scan only?
2
How do I identify an old unlabeled roll of 120 film?
1
Film did not rewind
14
What is this dial on my old film camera for?
1
Will ferricyanide based bleach work well with various C-41 and E-6 films?