How can I take a photo of a laser beam?

I have a laser and a container of water. Putting the laser beam into the water at a certain angle makes all of the laser beam reflected and none of it refracted, so no laser gets above the water. I wanted to take a photo with the lights off of such an experiment, but the results are extremely poor.

Here is a photo of my setup with light on: 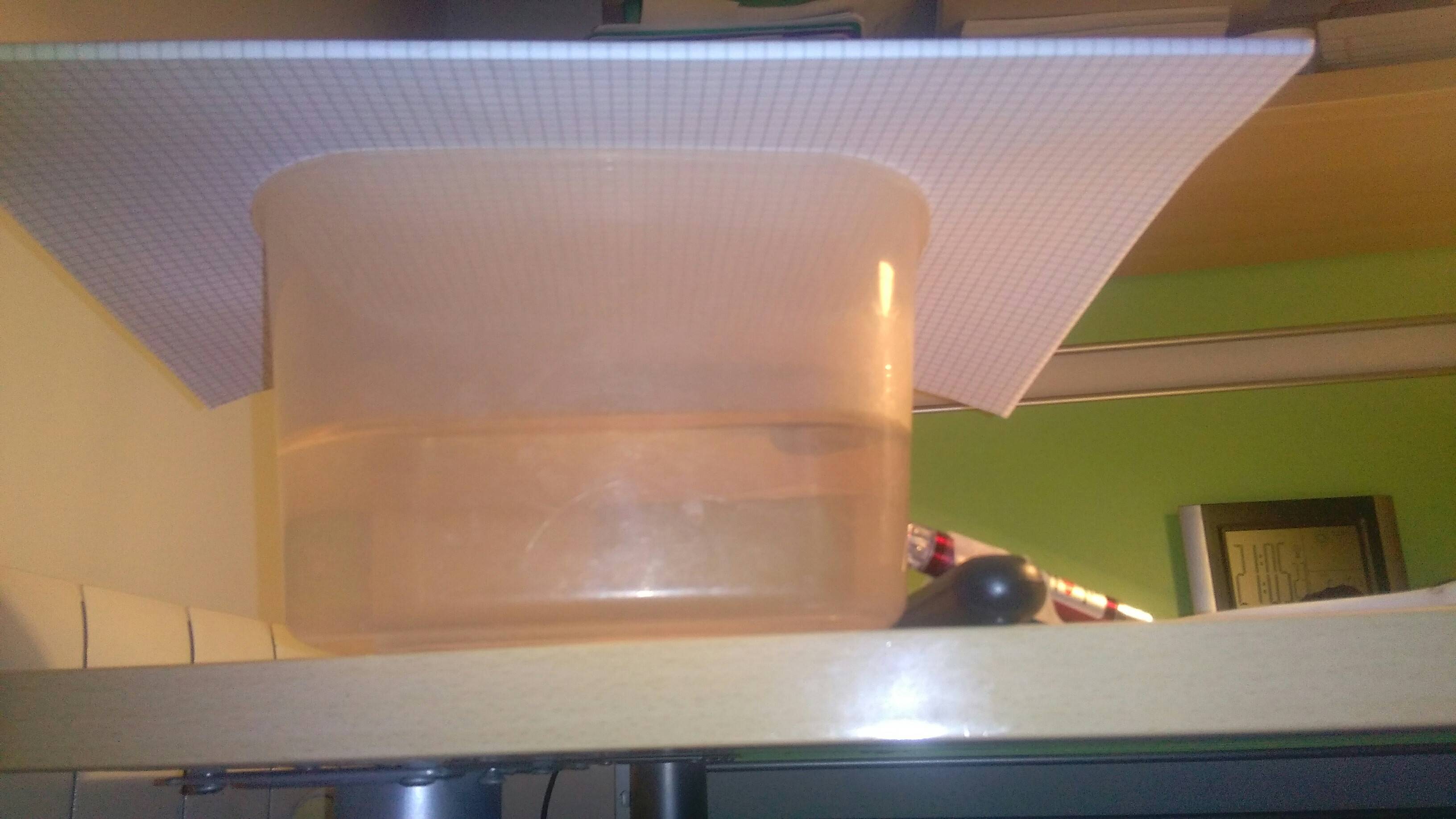 As you can see, there is no laser beam above the water: total reflection. How can I shoot a photo of such an experiment with the lights off so that the actual laser beam is visible? It looks really good in real life.

How to shoot a photo of such experiment with lights off so that the actual laser beam is visible?

The thing about a laser beam is that all the light is traveling in the same direction, so none of it is leaving the beam and heading toward your camera. If you shine a laser pointer at the wall, for example, you generally don't see the beam at all -- you only see the spot on the wall. If you want to see the beam, you need to add something to disperse the beam to the medium (the air in the room or the water in your tank) through which the beam is traveling. If you've ever been to a rock concert that uses lasers in the lighting, you probably noticed that they always use smoke or fog machines along with the lasers to make the beams visible.

You probably won't need to add much to the water to get the beam to show up brighter. It sounds like you can already see the beam with the naked eye, so it's possible that you just need a dark room and larger aperture and/or slower shutter speed and/or higher ISO to get a good exposure from the laser. But stirring a small quantity of some very fine particulate matter into the water will help disperse the beam and make for a much better photo. I'd start with very fine particulate like wood flour (like sawdust, but much finer), abrasive powder, powdered metal, etc. You might want to experiment with different additives, as you might get different results. For example, I'd guess that a very small amount of powdered mica would give you a sort of sparkly effect, whereas something that just makes the water a little cloudy (a little milk, maybe?) would give a more solid line.

One more thing I'd do to get the best photo would be to use a tank with very clean, clear walls, like a small glass fish tank. The plastic container shown in your photo looks rather cloudy, scratched, and just less attractive than it could be. Put a black sheet of black or white paper behind the tank, depending on what you want the background to look like.

I followed the advice in the accepted answer and added some iron powder into the water, so that the laser can reflect more hitting the impurities. The result is fine considering the very low quality camera and very low power laser I am using: 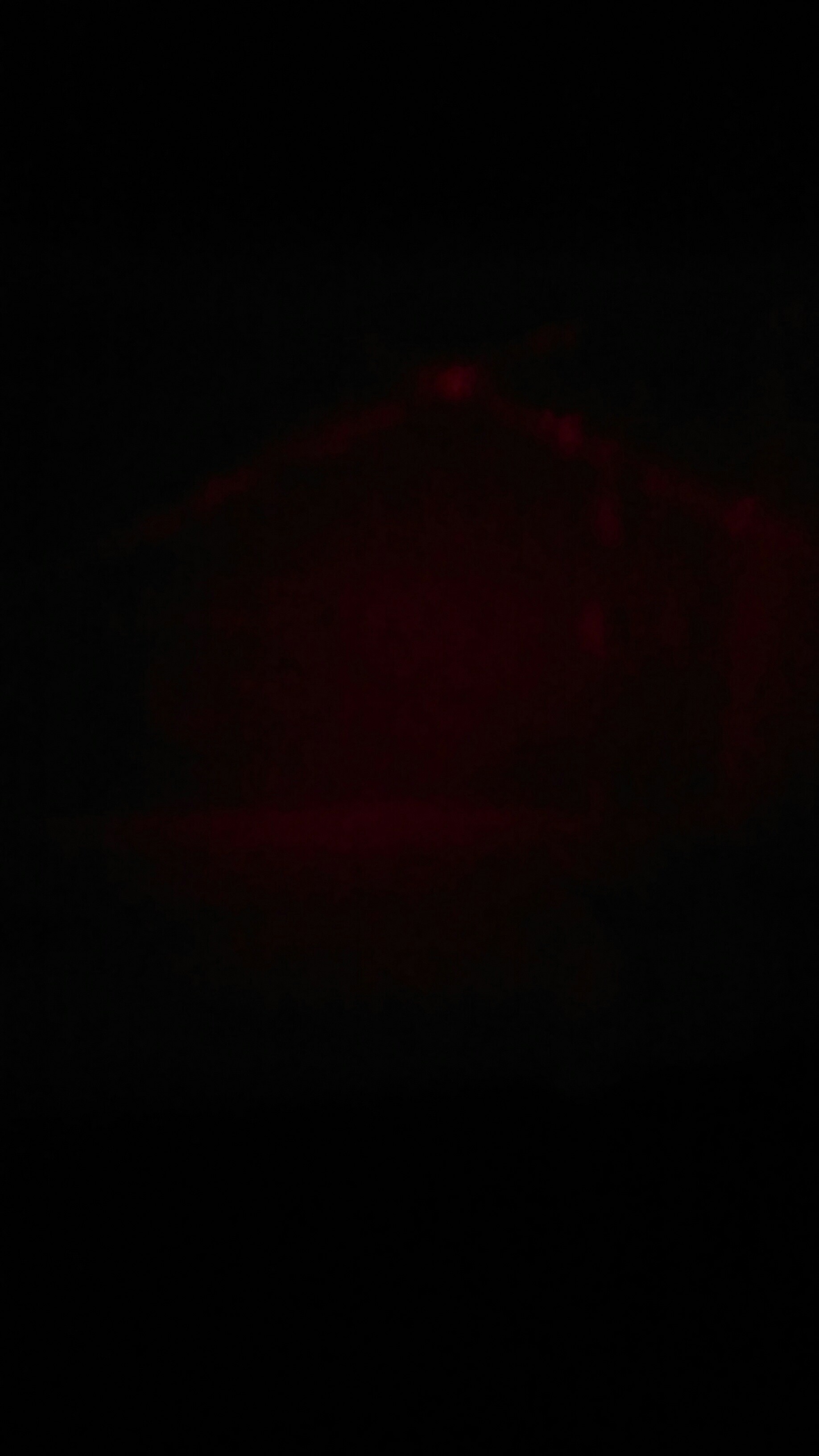 You need to turn off the house lights and do a time exposure long enough to burn in the laser. If the water is clear it won't show up there either but only on the surface it is reflected/refracted towards. You'll need some impurities in the water to refract some light towards the camera. If the water is fresh from the tap it will likely have some air in it enough to refract, otherwise maybe try mixing in a tiny bit of cornstarch or salt or sugar to see if it will help.

Not the answer you're looking for? Browse other questions tagged lighting laser or ask your own question.

4
How do I take photographs of scientific laser products?

10
How does grid depth determine beam angle?
5
Can it damage a Canon L Series Lens (or a photographic lens with anti-glare lenses) if a powerful (Class IIIB or IV) laser is passed through it?
4
How do I take photographs of scientific laser products?
7
Will a laser beam damage a non operational CCD?
17
How to photograph sparkly objects?
1
How can I take a candlelit photo with a pure black background?
1
Laser and photographic paper
9
What problems might there be with using a laser as a flash source for high speed photography?
1
Lighting the inside of an incubator