Why isn't using exposed, undeveloped film working as a filter for my DIY infrared camera modification?

I need help with troubleshooting a DIY blocking filter for Natural light.

As per request, the information was added. The film was exposed to natural light (in a whole roll) and from there, I made a point of carefully selecting patches from which to cut the film. Extreme care was made to ensure the CMOS, and film was not tainted by dust and finger oil. The CMOS retainer has a small "compartment" recessed into the lens housings where the original filter was. I placed the film in the recessed area, which has a small rubber seal fitting between the CMOS and the next lens (which remains untouched). The film has no gap that would otherwise let in light. Originally I used three strips of film, but upon activation found that the camera had no light coming in at all. I cut it down upon that to one square of film (correctly sized).

The camera does work- exactly as a camera should- with this one tweak. The film has a purple blur near the edges of the camera, and it is hard to focus/see the subject of the photo I am going to take. 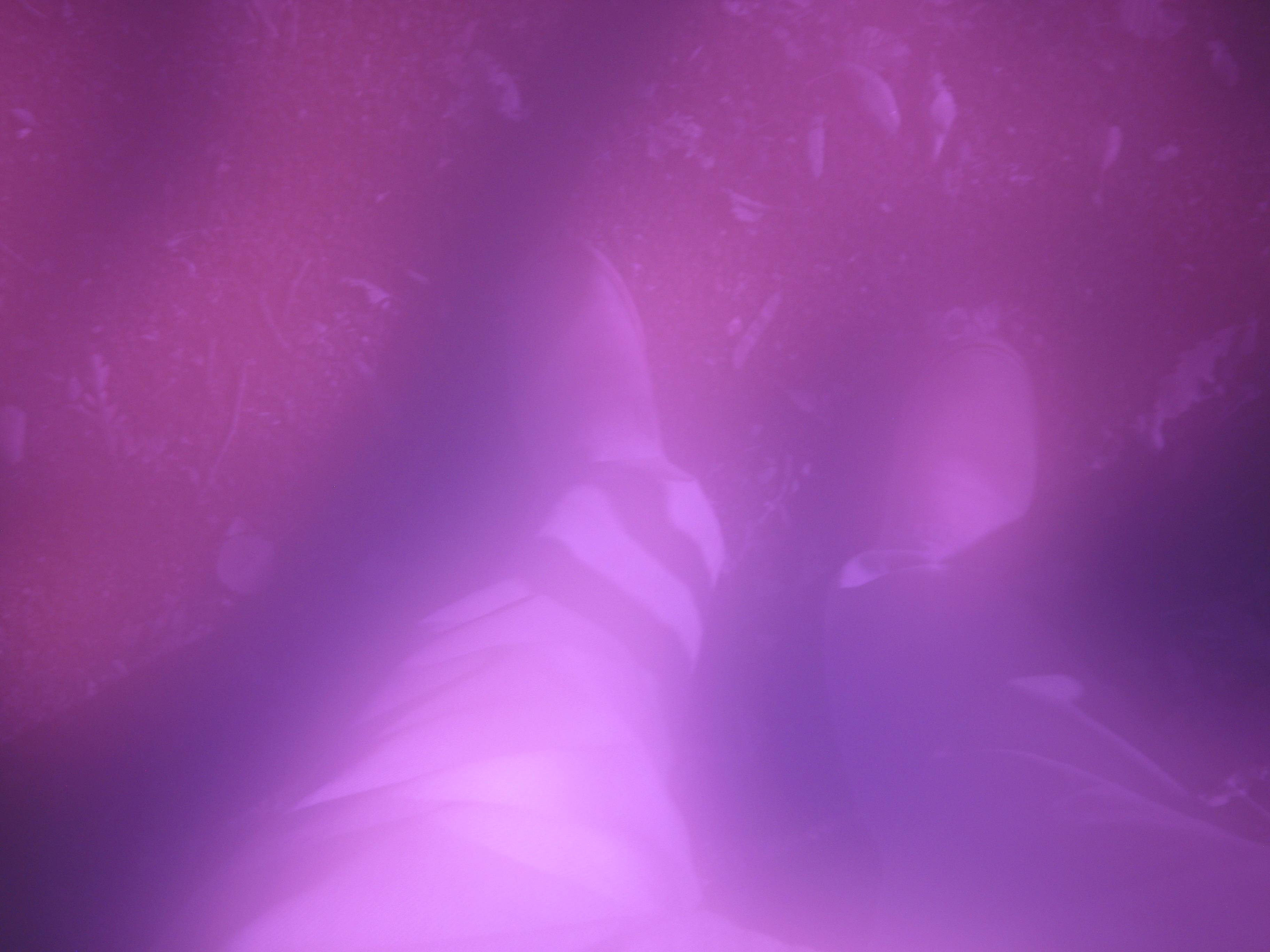 This is a little frustrating as you can see... I know IR is gonna have a red tint to it, but nothing I've seen has had this intensity of tint. If you can advise me to a cheap yet effective solution, I would be extremely grateful.

Update (sorry school has taken priority lately) After some more testing, I can conclude that I was using the wrong type of film. Unless I am mistaken, I believe that the film reduces most IR input due to the silver content in c-41 process film and does not block all natural light (I have found true-color in a photo by comparing it with the photo subject). I have done some more research and believe that unexposed, developed c-6 process (slide film? I am going off of memory here) would be better. It allows IR to pass through, and because there would be no exposure, it would be filled with dye, obstructing natural light.

This is an experiment. I will update with any info I find, but any added input is extremely helpful.

If you want to use film as an infrared filter, you need to use developed color film. Whether it should be unexposed or exposed depends on whether it is slide or negative film. Regardless, you should not expect great image quality with these materials because they were not designed to be used as filters. Using developed film as an IR-pass filter is just a cheap way to experiment.

Considering that mirrors reflect UV and IR, I would expect the silver in black and white, as well as undeveloped color, film to block both visible and infrared light from passing through. The silver in color films is washed away during the development process.

Another issue is that refraction of light through film is likely different from the glass filter you removed. This would affect the camera's ability to focus.

As for the purple tint, I suspect the dyes in film block light only to around 600nm because I am still able to see through it. Standard IR-pass filters block to about 720nm. The longer the wavelength, the more monochromatic your images should appear.

Note the response of the sensor to blue between 650nm and 720nm: 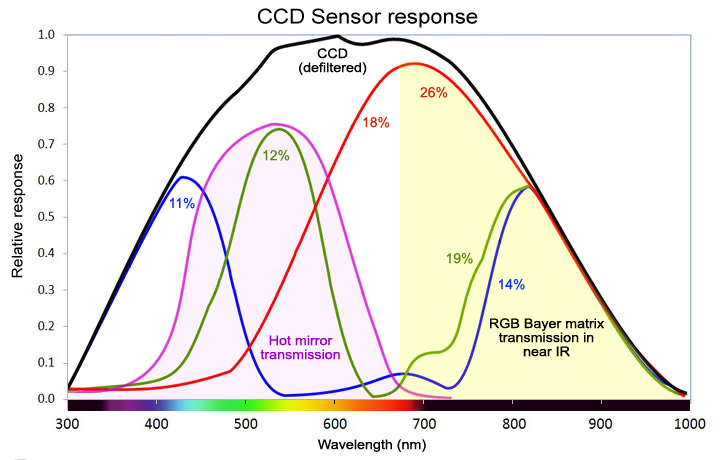 If you intend to continue taking infrared photos, you should get a glass IR-pass filter. They are fairly inexpensive. You can replace the IR-cut filter in your camera with plain glass or just leave it out entirely, if your camera can focus without it.

11
Are infrared DSLR conversion companies safe? What about DIY infrared conversion?
8
What is the best choice of filter to modify a DSLR for infrared photography?
7
Does the Canon 60Da offer significant advantage over 60D with infrared filter for astrophotography?
1
Why isn't my Canon Speedlite 580 working on my 5D Mark II?
6
Why isn't infrared AF assist beam the default when available (instead of irritating strobing)?
2
What are the advantages of an 830nm infrared filter, in comparison to 720nm?
7
How do you know if an analog film camera is still working?
1
Canon EOS film camera stopped working after trying to use flash
2
My Canon EOS 500 Film Camera has all of a sudden stopped working
2
Can I use on-lens IR filter for a full-spectrum converted camera?