What shutter and aperture should I use with a Pentax K1000 and ISO 400 film indoors?

I'm shooting with a Pentax K1000 for the first time ever, and plan to shoot indoors at night with somewhat substantial light (lamps, lights, etc). I'm confused as to what shutter speed (I was thinking 1/500...but could be wrong) and what aperture setting to use...was thinking something low (small number, like 2).

Let's say you use f/2, and as you say you are using ISO 400 film, that would require a shutter speed of somewhere in the region of 1/30 to 1/60 second. Certainly 1/500 second is way overestimating the light levels in an indoor nighttime scene.

You are likely overestimating the lighting. Typical indoor residential lighting is quite dim. I'd start with something slower than 1/500th. Maybe 1/125th.

But ultimately, us internet people don't know your venue so you will want to rely in your in camera light meter or an off camera unit.

F2 is OK but I would shoot at f1.4 with iso 400 (preferably kodak portra or Ilford hp5 for b&w) and use the onboard meter, which takes a lr44 battery. If the camera''s meter doesn't work then you will have to get a handheld meter. I wouldn't use a meter on a phone because they are not accurate, particularly in low-light situations. You can pick up an old handheld meter on ebay for cheap but you take your chances there. Or spend a little cash and get a newer meter off Amazon. If you plan on shooting film in the future a good meter is not a bad investment to make.

Let's start with a couple of background things.

First, make sure you have the basic interrelationship of exposure factors down. Start with What is the relationship between ISO, aperture, and shutter speed? if you're unclear. Since your ISO is fixed when you put the film in, and since we're not gonna mess with flash just yet (I highly recommend experimenting with digital for that, because you're going to burn a lot of film otherwise), that leaves aperture and shutter as the factors you can play with.

Second, you're right that you probably want a wide, fast aperture (the low numbers, as you say), because interior lighting is much darker than we think it is, compared to sunlight — check out this question Why won't my ISO go below 6400 when I shoot indoors? and the chart in my answer. Sunlight is 500× brighter than a typical home interior. That means you'll need both a wide aperture and, at ISO 400, a relatively long shutter speed — as @osullic outlines, somewhere around ¹⁄₃₀th is a reasonable guess to start.

But, don't guess. You'll waste all of your film. The Pentax K1000 has a great, easy to use meter — there's a little needle at the side of the viewfinder, and you just adjust aperture and shutter speed until you get the needle in the circle in the center. I really love this about the K1000, because the direct, physical response of the needle is a lot more enjoyable than the blinking LEDs you'll find on slightly-newer low-end film SLRs.

If the needle isn't moving, as @Rob says, you'll need an SR44 or LR44 battery (either one). If it's still not moving after you change the battery (at the bottom of the camera) as you point at brighter or darker scenes, you may need to get that repaired.

Assuming it's working, if the needle is too low, either open the aperture more (to a lower f/stop) or lengthen the shutter speed, until it is centered. Or the other way around for if the needle is reading too high. The meter basically shows the average exposure of the scene (with a little bit more importance given to the center), so if the important areas of the frame are brighter or darker than average, you have to compensate for that yourself.

It's generally nice if you can get the aperture to f/5.6 or f/8, because then you don't have to worry as much about precise focus — and the shutter speed to faster than ¹⁄₆₀th of a second, to avoid motion blur and camera shake. But you're not gonna get that at ISO 400 indoors, so you'll have to choose your compromise.

I'm assuming by the way you give f/2 as an example that you have the 50mm f/2 lens — this was very common. (It says SMC PENTAX-M 1:2 50mm on the front.) If you're enjoying your K1000, I highly recommend upgrading to the 50mm f/1.7 version. You should be able to find this for around $40, and in addition to being a half-stop faster, it's much sharper.

Using the light meter app on my phone, the room I'm in now would take a shutter speed in excess of one second at f8 with ISO 400. 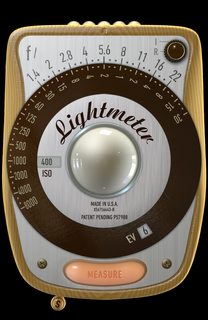 Not the answer you're looking for? Browse other questions tagged exposure film indoor pentax-k1000 or ask your own question.

12
What is the relationship between ISO, aperture, and shutter speed?
3
Why won't my ISO go below 6400 when I shoot indoors?

3
Night-time football game under field lights
3
What settings, especially shutter speed, should I use for stage performances?
1
Does the Pentax K1000 have a sensor for a remote shutter release?
0
What are the relative pros and cons of a Pentax K1000 or Nikon F for getting into film photography?
3
Do colored LED lights produce less illuminance than traditional spotlights?
5
How do I shoot expired film?
3
Can I use high ISO film in bright light (without problems)?
16
What colour scheme for model aircraft should I use to give a realistic black and white film photo?
3
How to shoot nice shots in indoor nightclub?