How do the heads of tripods and monopods differ from each other?

Are some able to be used on both types of support systems? Or is it just tripod heads and monopod heads?

I'm trying to categorise heads for support systems, and would like to know if some can be used for both purposes? Or are they separate like oil and water?

There's a lot of overlap in terms of what can be used with each type of support. In general both tripods and monopods use a standard 3/8" bolt to connect to the heads attached to them. So pretty much any head that can be attached to a tripod can also be attached to a monopod and vice versa.

But monopods and tripods tend to be used differently and thus the requirements for a head vary as well.

In practice most monopod users either attach the camera or lens directly to the monopod or use a tilt head that only rotates on one axis. It is normally attached so that it affords the user to tilt the camera up or down with respect to the leg of the monopod. The Manfrotto 234RC is a very popular monopod head. 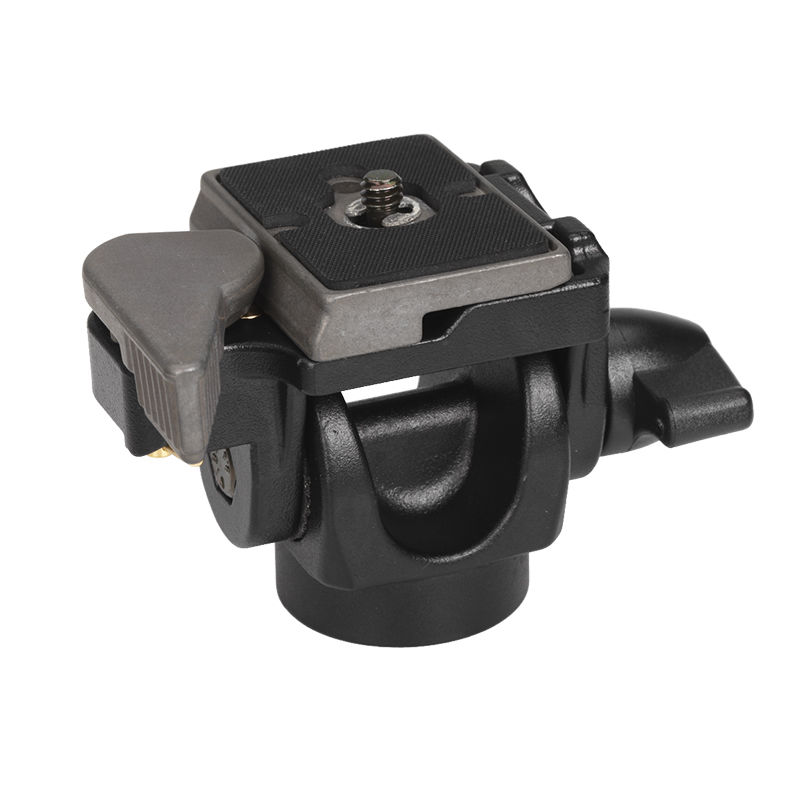 The nature of a monopod allows panning right to left or left to right simply by rotating the single leg. Most lenses used with a monopod have a lens collar which allows the lens and camera to rotate from landscape to portrait orientation via the tripod collar. This is often the case because one of the chief reasons for using a monopod is to help support the weight of a heavy lens. So only the up/down axis usually needs a point of rotation with a monopod head. 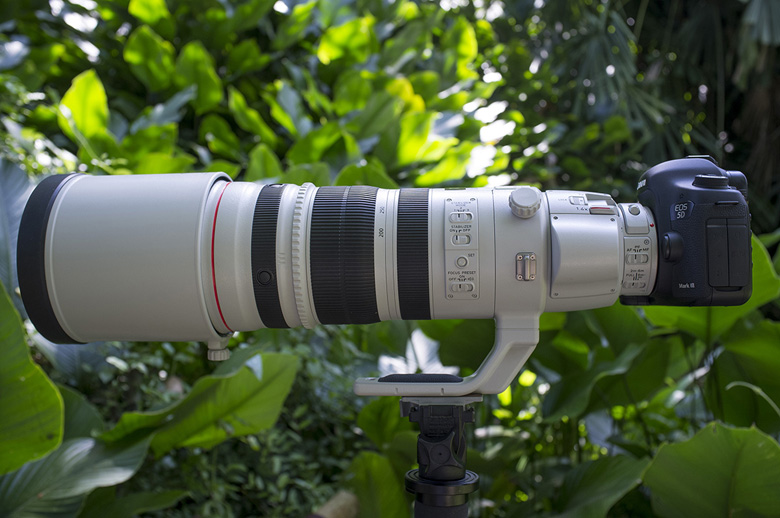 Tripods, on the other hand, are more static. Their three legs make them self-supporting. And although a lens collar can be used to rotate from landscape to portrait orientation when a lens with a tripod collar is attached to a tripod, there are a lot of lenses that have no tripod collars and the camera is attached directly to the tripod head. Although tripods are sometimes used to help support a heavy lens, they are mainly used to eliminate camera movement. Many of the cameras mounted on tripods have smaller, lighter lenses without tripod collars and so it is the camera itself that is attached to the tripod head. Most of the various types of heads commonly used on tripods allow for movement on all three axes: pan left<-->right, pan up<-->down, and rotate from landscape to portrait orientation. Ball heads are popular with tripods. So are "three-way" heads. 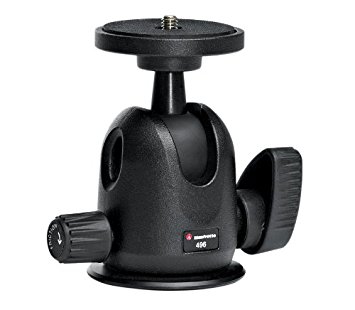 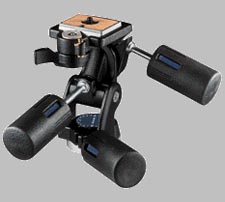 There are also other types of heads, such as gimbal heads. Pistol grip heads are a special kind of ball head. All of these heads allow the camera/lens to be pointed in many different directions without moving the legs of the tripod.

There are some who use ball heads or pistol grip heads on monopods, but using a head with flexibility in all three axes at the same time can be problematic with a support having only a single leg. This is especially the case with heavier lenses and cameras that are typically supported by monopods. During adjustment of the head you frequently need one hand to hold the camera steady to keep it from flopping over, one hand to operate the adjusting knobs or levers on the head, and your third hand to hold the monopod upright. :-) 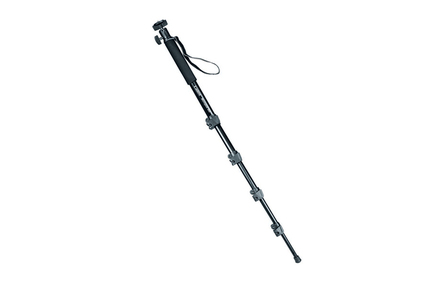 Michael has a thorough answer above. The short answer is you can pan a monopod left and right by twisting it so your monopod head doesn't need to pan. While one could pan a tripod by picking it up and twisting it, that is suboptimal. That's why tripod heads can pan.

Not the answer you're looking for? Browse other questions tagged tripod tripod-heads monopod support-equipment or ask your own question.

4
Which lens to use on which camera for wildlife photography?
0
What is a recommended head for sirui p-204s monopod?

6
How can I select a good monopod for under $100?
12
What are some good techniques for using a monopod while shooting sports?
7
Tripod that is mobile yet sturdy and light
6
What should I look for in a tripod for medium format landscape photography?
3
How can I make my heavy lens tripod setup usable for my non-heavy lenses?
1
Are certain type of tripod heads safer than others? Does the price makes a difference?
4
How much should Load Capacity influence my buying decision for Tripod Legs for a Large Telephoto Lens?
0
Quick-release _below_ the head
1
Pitch Adjustment Loose on Tripod