How to achieve sharp foreground with a motion blurred background?

This is a photography of Adam Olson from 500px.com. Can you dissect how the blurred background have been done while keeping foreground in focus? 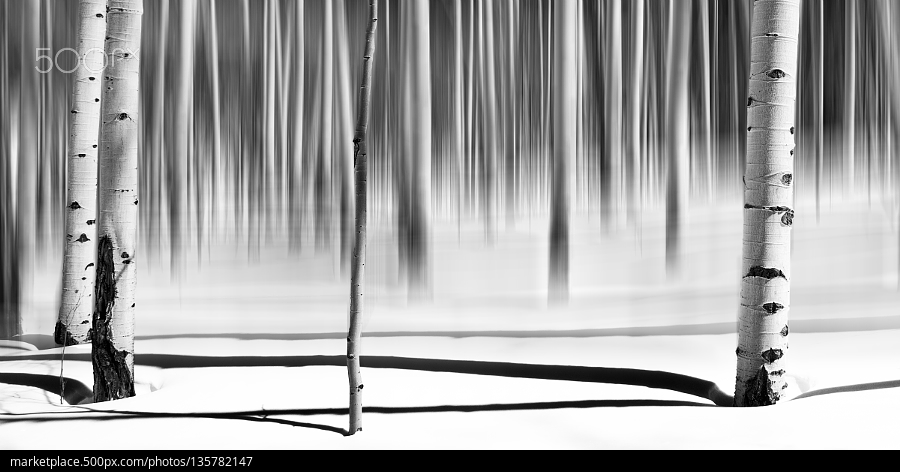 Can you dissect how the blurred background have been done while keeping foreground in focus?

TL;DR: in a word, photoshop. (in the sense of xerox, band-aid, or kleenex. Digital jiggery-pokery, whatever the actual editing software used).

This has undoubtedly been heavily processed.

Other people could probably go on in more detail. I'm not trying to tear this apart like moon landing conspiracy theorists. It's just that there is obvious signs of Photoshop here. It's decent art, to my eye. But the magic isn't convincing, that's all.

One can only guess how that picture must have been taken. It does appear that the image is heavily processed. But if I can guess, here would be what I will do:

Step 1. Go to the scene at night or use a ND filter in the day. It also appears to be taken in snow as OP has posted. Next use the bulb mode. Focus on the sky and drag the camera down slowly while the shutter is open. This will create a blurred background as in this photo I took: 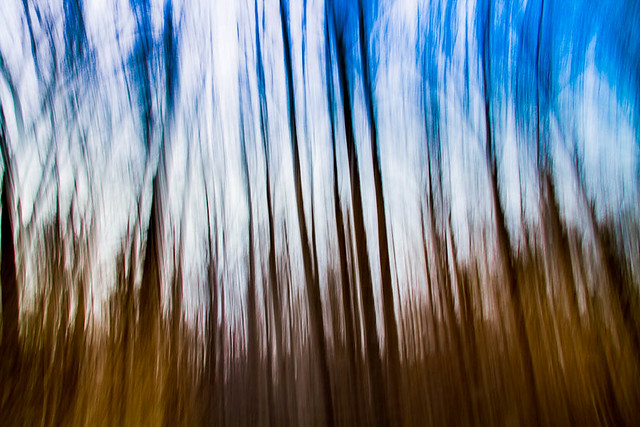 I dragged the camera faster, but for your purposes, you will drag the camera more slowly.

A Note on the lens: Use a long lens. I used a wide lens, which causes significant distortion. With a long lens, if you drag your camera slowly, parallel to the axis, you will get the effect.

Step 2. As you reach near the bottom, manually fire a flash. Because, the flash is a short burst, it will freeze the motion and the closer trees will be sharp. Notice that there are sharp shadows in the foreground. This tells you the approximate location of the flash.

But this is not the whole story. Notice that a couple of shadows are not parallel but at an angle to the main source. For example, the shadow on the right bottom is not following the assumed source of light. This confuses me.

Step 3. The confusion can be resolved by shooting the same scene again but this time do not move the camera and do not fire the flash. This is to get a clear shot of the foreground without any vignetting from the flash intensity fall-off with distance. A natural shadow from some other source will also come in.

Step 4. Combine images in Photoshop. Leave behind wrong shadows as clue to what happened.

While the picture in question certainly looks like creative postprocessing, it is possible to achieve similar effects using noncircular aperture.

This is your usual shallow DOF image: 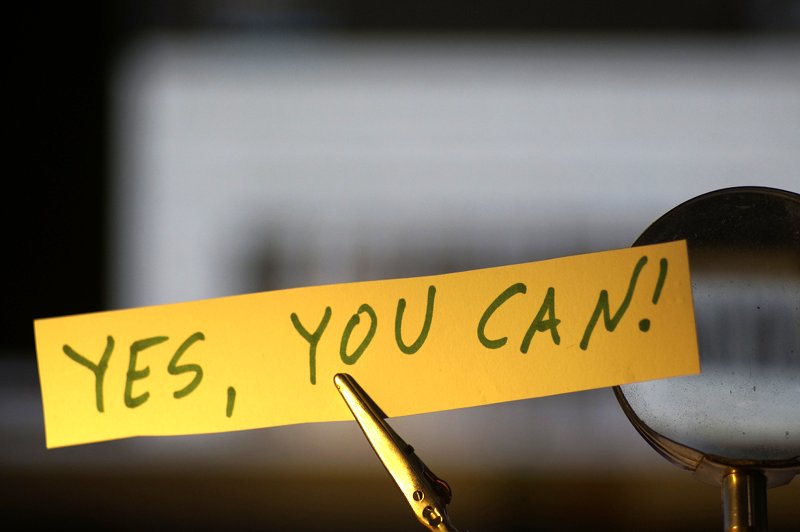 And here is what happens if we apply some black tape, leaving only a narrow opening: 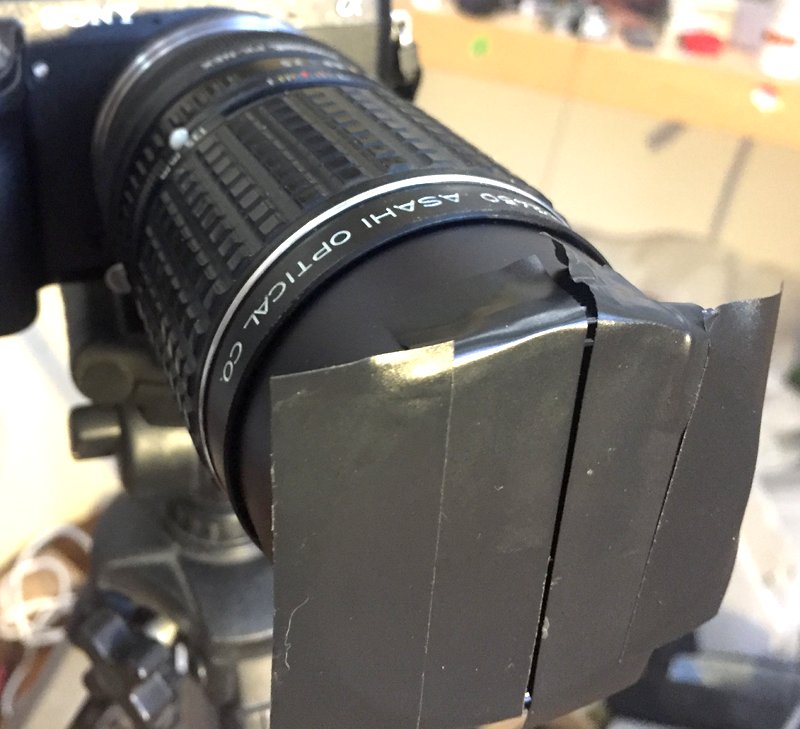 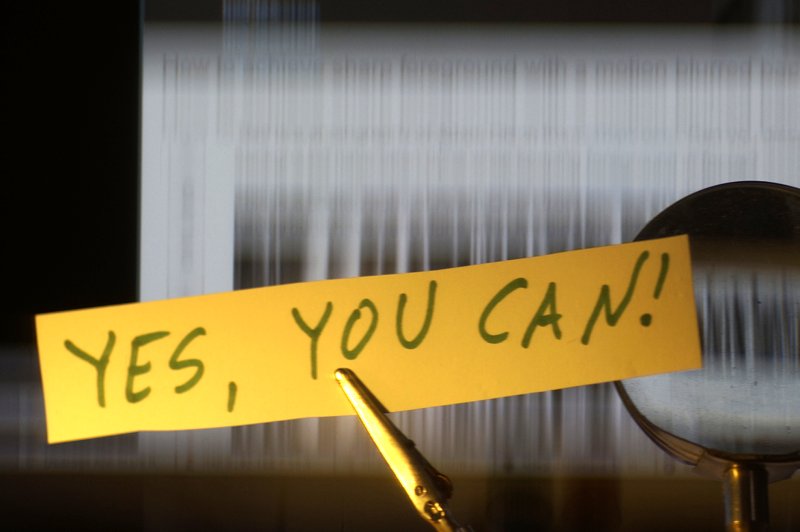 The above "motion blur" effect does not look clean - that's because our black tape slit was not particularly precise, try something rigid and straight for better results.

To me this looks like two photos, not necessarily of the same scene (which would explain the shadows). The background was likely accomplished with motion blur as OP says (move the camera vertically during slow exposure, maybe 1/8 sec). The foreground of the second image (i.e. 4 trees) is then masked in (trees masked from their original background then overlaid onto the blurry background). The approximately horizontal grey line that separates the two effects is the boundary between the two images.

Flash is not necessary.

I do not think that it is heavily processed (unless you consider masking difficult).

Not the answer you're looking for? Browse other questions tagged technique or ask your own question.

29
How does one get manual focus right with a fast-aperture lens?
44
How can I get dramatic shallow DOF with a kit lens?
15
How do you shoot still motion portraits?
22
How do I “shoot from the hip” in street photography?
14
How do I get adequate depth of field in macro photography?
4
How would i achieve this background halo effect?
1
How can I get tack-sharp portraits with the focus perfectly on my subject's eye?
2
How to motion-blur the background while keeping the subject well exposed and in focus?
4
Reproduce picture on black background with soft light on face only
3
How to more effectively stay in focus with a wide aperture (50mm/1.8)?