Can I recreate this spark shower effect using a smartphone?

Those flashy lines are what I'm talking about and the contrast of the whole picture in general, can I do this with a smartphone (with some equipment(suggest any if possible)) or is a DSLR necessary? 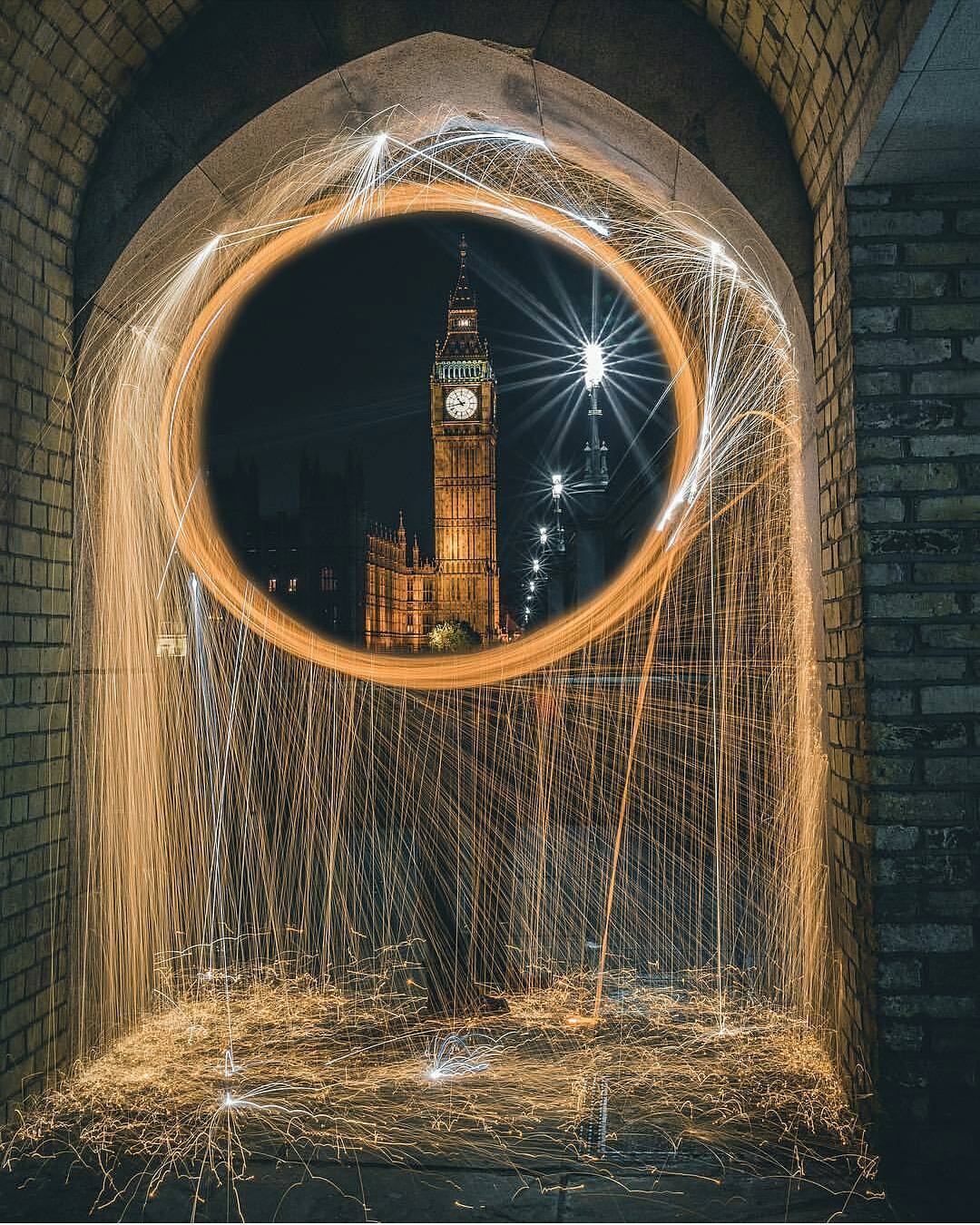 The example appears to be a composite image of two images of the Palace of Westminster from the walkway under Westminster Bridge. Both from the same location probably from a tripod and only one including the "firework effect" which is commonly achieved by setting steel wool alight at the end of a rope or line that a subject whirls around during a long exposure.

We can see a few pieces of information in the image which back this up...

In terms of what you need to create a similar shot, you need a camera which can be attached to a tripod, allow manual control of exposure and allow a multi-second exposure (around 10-15 seconds and above.) Typically that would require a DSLR or EVIL (mirrorless) camera rather than a phone or point & shoot camera. If you search on the terms steel wool long exposure you'll come across a number of tutorials like this one.

Not the answer you're looking for? Browse other questions tagged photo-editing long-exposure image-analysis or ask your own question.

6
How can I reproduce this effect I created?
13
How can I prevent blurred images when using a tripod?
10
Are there written guides or rules of thumb for setting color saturation, clarity, vibrance, etc. in post-processing (or in general)?
0
Best Unsharp Mask settings after resizing photos for imagemagick
11
How can I recreate this glowing light effect?
7
Editing photos for this “milky” and “twinkly,” vivid but nostalgic effect?
2
How do I give my images this vintage travel photo effect?
6
Dark+Contrast. New trend in photography editing, how its done?
2
Seeing a lot of noise when editing in RAW
2
What do I need to change to prevent this denim looking grain/noise in my product photos?