I have a Nikon D7000 and I recently got this Vivitar lens at a very low price. With some effort, I could not figure out what adapter I should have to use the Vivitar lens because I have no idea what type of mount I have on this lens. Could anyone help me identify what type of mount I have and what kind of adapters I should have? Thank you very much!

here I have attached some pictures of the lens. Also, it is Vivitar auto wide-angle 35mm 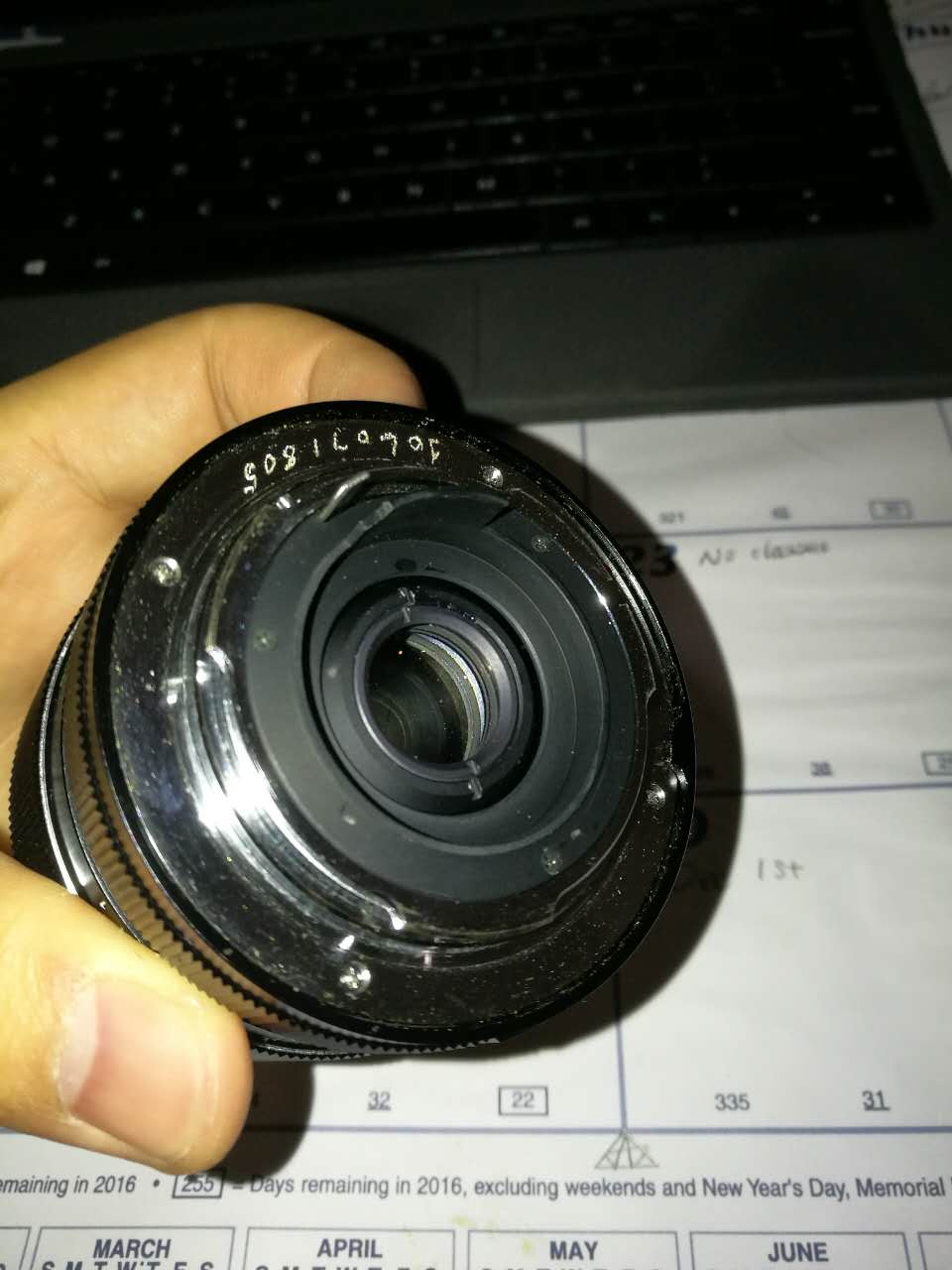 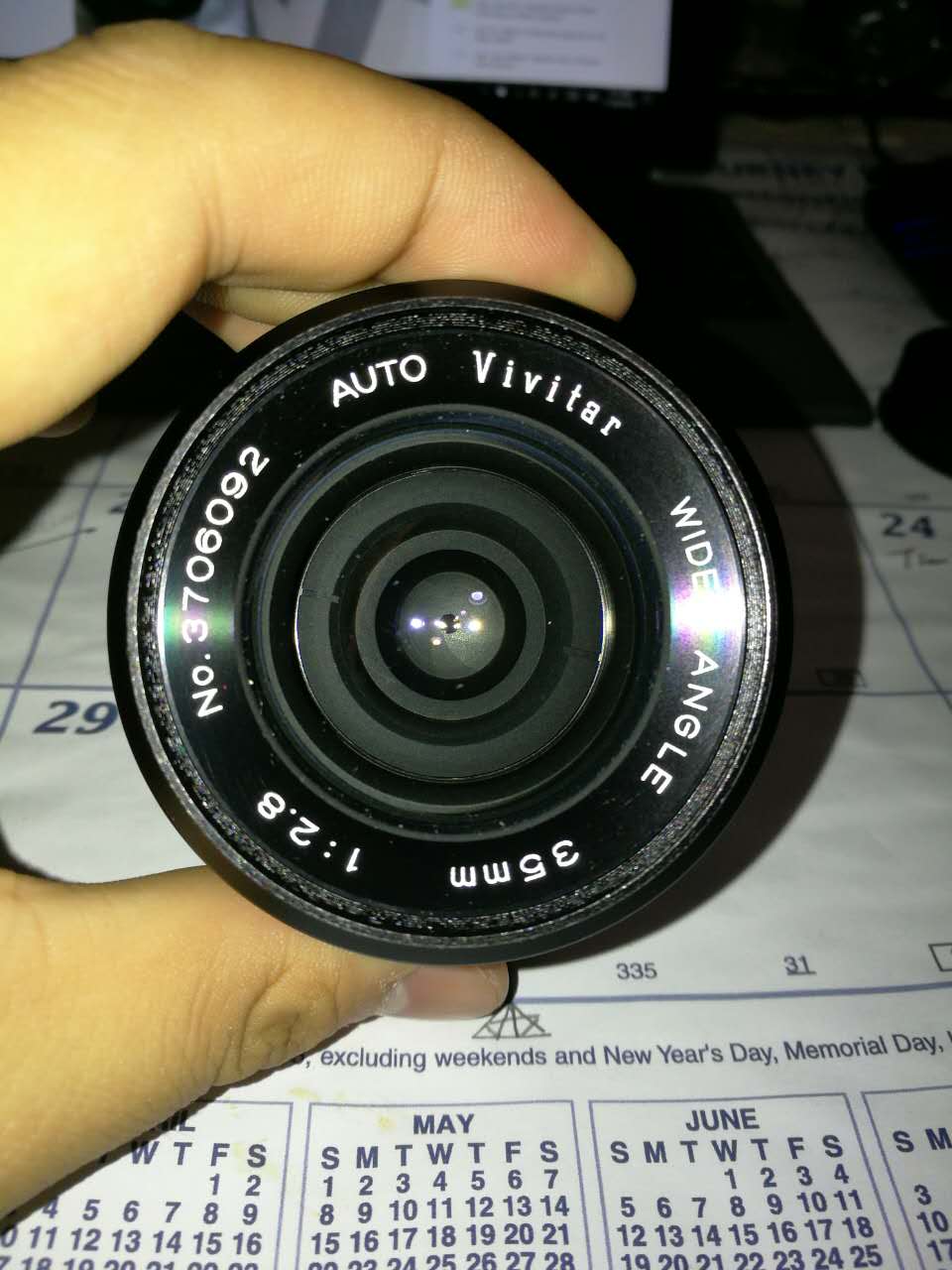 That looks like the Konica AR mount. The last cameras that used this mount were produced up to 1987. I still own a Konica FS-1 camera body (made from 1979 to 1983) that I bought used in the mid-1980s just before Konica abandoned the SLR camera market.

Since the Nikon flange distance is further from the sensor than the Konica, it is not possible to adapt a Konica lens to a Nikon camera without either:

Since the throat diameter is wider on the Konica mount than the Nikon mount the lens can't be allowed to protrude into the body of a Nikon camera even if the mirror clearance were not an issue.

There are commercially available adapters to use a Konica AR lens on a Nikon F-mount camera. They generally also act as 1.4x teleconverters that would make your lens act like a 50mm f/4 lens on your Nikon. You also give up camera control of the lens' aperture and automatic metering. You have to use stop-down metering to use the camera's light meter with such a lens. Additionally, your lens, as are all Konica AR mount lenses, is manual focus only.

If you already own a 50mm f/1.8 lens with autofocus and automatic aperture control it would not be worth the trouble to purchase even a cheap adapter to give you a 50mm f/4 manual focus, stop down metering lens.

If you don't already own a 50mm f/1.8 F-mount lens for your Nikon camera you can probably find one used for not much more than the price of an adapter for the Konica AR mount lens. Since your Nikon D7000 has a focus motor in the body, any 50mm D or G series lens will autofocus and auto meter with your camera.

Not the answer you're looking for? Browse other questions tagged nikon vivitar or ask your own question.