May I hold the DSLR in part by the hotshoe flash?

When shooting with flash attached, I sometimes hold the DSLR with my left hand like this: 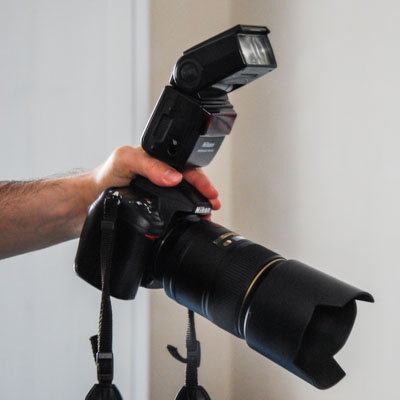 Am I at risk of damaging the hotshoe, given that weight of the DSLR and the lens is approximately 50 oz. (1 400 g)?

May I hold the DSLR in part by the hotshoe flash?

Your attached photo perfectly demonstrates that you can hold the camera in this way.

Will so holding my camera result in any unpleasant consequences?

More than likely it will.

Like previously stated here by others, the shoe on most camera is pretty stable. However, the bottom of the flash is not as strong and you could very easily break it off. There was a co-work of mine at a paper whose whole bottom of the flash broke off just from holding his camera that way. He was fortunate that his D3 and 80-200/2.8 landed on top of a pad and didn't break.

You are not holding the camera by the flash. You're holding in between them.

By putting your fingers between camera and flash, you're exerting extra pressure to separate those two, so the force on the hotshoe is actually greater than the weight of the lower part alone. Usually, you're not adding much, but eg if you think the camera starts slipping away, you'll instinctively tighten the grip and then you may break the plastic flash mount or cause it to detach. In this case you'll end up gripping the now empty space which means both the flash and the camera will hit the ground.

I understand that the small "neck" formed by the flash mount is comfortable to place your hand around, but you should hold either the camera or the flash and not the point between them.

Am I at risk of damaging the hotshoe, given that weight of the DSLR and the lens is approximately 50 oz. (1 400 g)?

The shoe itself on most cameras seems sturdy enough that it'd probably take more than the 3 lbs of force at play here to bend it, but you should keep in mind that the shoe isn't really meant for suspending the camera. I don't think you'll bend the shoe, but I'd be concerned about the way that the shoe is attached to the camera body. The foot on the speedlight and the way it's attached to the speedlight are other things to be concerned about.

I wouldn't ever hold it by the flash unless I had the strap round my neck or wrapped round my wrist -- the flash could slip out of the hotshoe quite easily (if the locking screw isn't guaranteed to be tight).

I'd also impose a cutoff of about 1kg -- so I'd hold the 350D with plastic kit lens by the flash (that I keep in my desk drawer for documenting stuff in work), but not the 40D with either the macro lens or the long lens. Note that while the 350D is essentially valueless, it's very useful, so if I broke it it would cost me real money. There's no science to the 1kg, it's just an arbitrary line drawn between light and heavy. The torque exerted by a long lens doesn't help the stresses on the plastic either.

By my rule of thumb your kit is too heavy to hold by the flash.

This is a broken off flash foot. 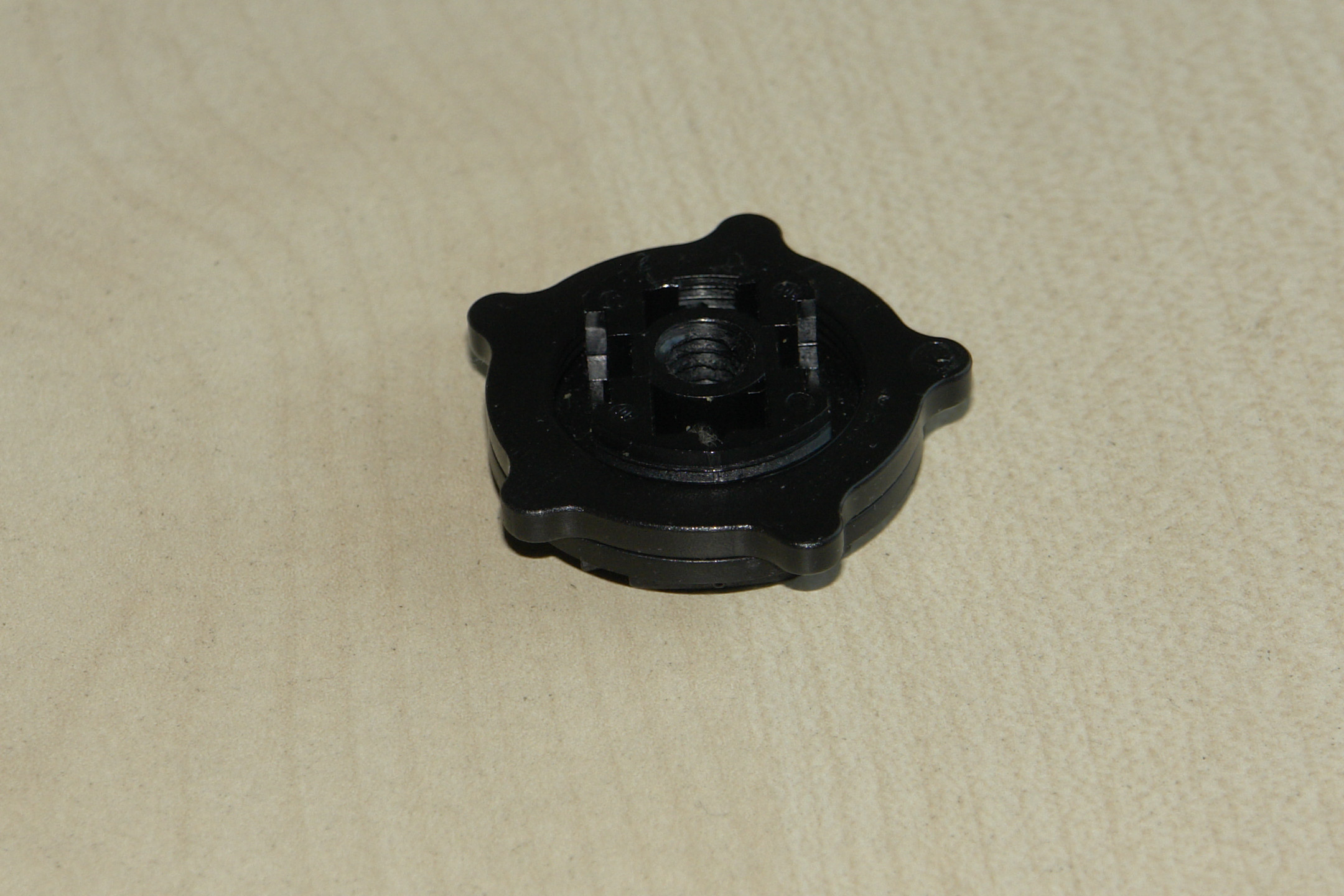 It's actually a cold foot since this particular flash foot relied on an external sync connection: an actual hot foot will tend to be mechanically weaker because of needing to support the electrical connections.

Now this particular damage was not while lifting the camera on the flash but by dropping a camera bag containing a camera with mounted flash in sand because the camera bag belt slipped from the shoulder (always keep your neck in between).

But the weakest link gave way here. Now even while losing a flash is less annoying than losing the camera, holding the camera like you show on your picture will not limit the damage to the flash foot. The camera (and the way you hold it in the picture, the flash itself) will smash to the ground as a consequence.

I'd strongly recommend changing your handling habits before you get such an incentive explicitly.

Not the answer you're looking for? Browse other questions tagged equipment-protection hotshoe handling or ask your own question.

11
Is it safe to hold DSLR with hot shoe mounted top handle?

22
What special care do large telephoto lenses require?
0
Why does ETTL occasionally fail with my Canon Speedlite 580 EXII?
4
Canon GPS Receiver GP-E2 placement on Canon 7D
3
How to hold the lens cap?
3
What options to have better grip of my camera?
2
Can I trigger my own device from a Canon DSLR hotshoe?
0
Why is my Neewer/Godox TT560 flash not firing on the hotshoe of my 70D?
8
Running with the camera?
2
Pentax K1000 Hotshoe Broken
11
Is it safe to hold DSLR with hot shoe mounted top handle?