What is the cause of this red-green artifact and how can I prevent it?

When I take photos, I have the same kind of artifact like in this photo (but not as much) : 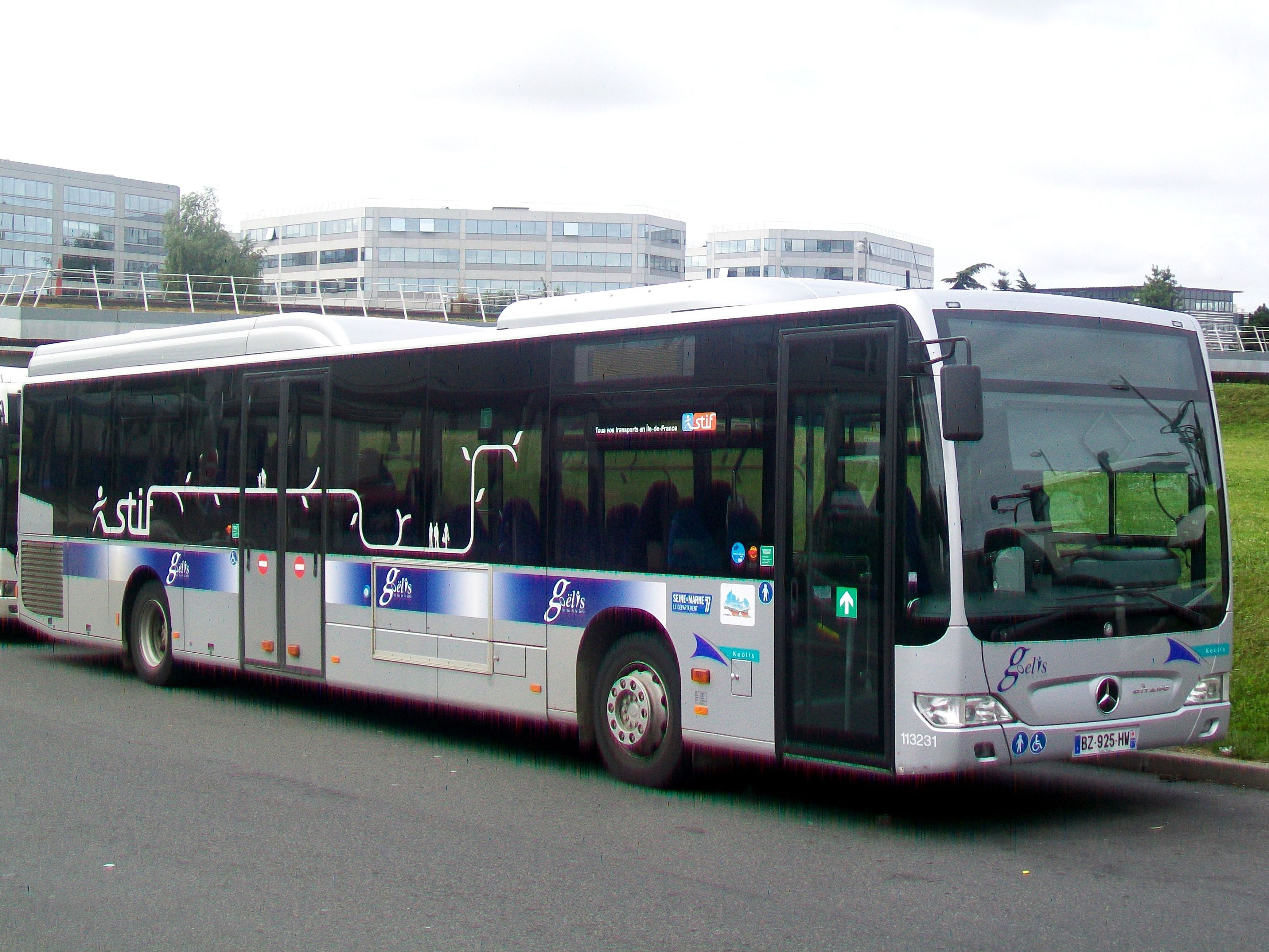 What is the cause of this artifact and how can I prevent it ?

An example from my camera, note particularly the pamphlets on the bricks near the bottom: 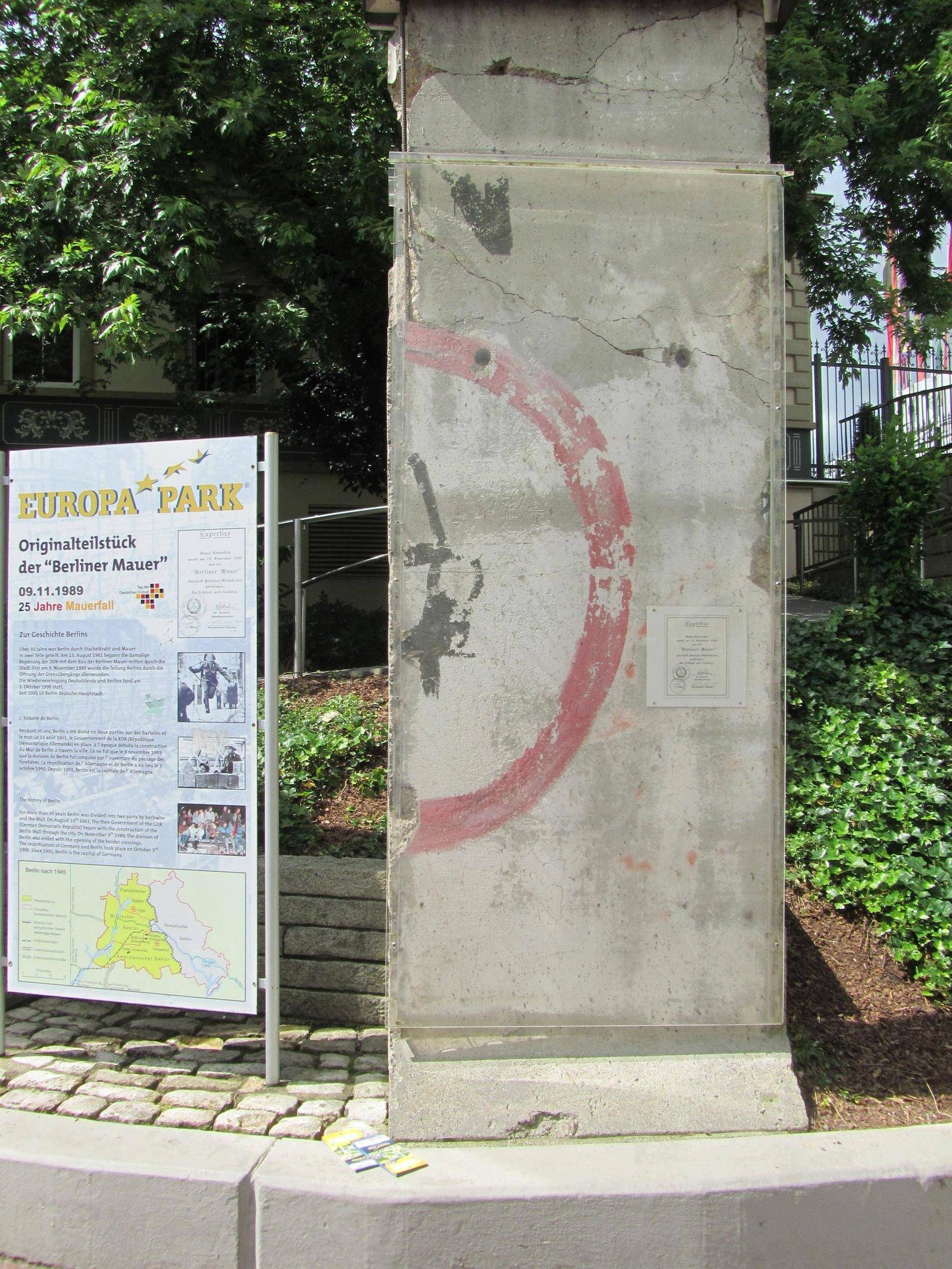 Fortunately for you it is essentially certain that the bus image problem and what your camera is doing are different. Your camera's issue is standard lens chromatic aberration which is part of what you get at that price-performance level and it can often be minimised once you understand what causes it.
However, the bus image contains both chromatic aberration plus indications of a more severe problem.

In the bus image, and in other images from the same photographer, it can be seen that the images have a strong red "bleed" on the "low" side of light to dark horizontal transitions and green "bleed" on the "low" side of dark to light horizontal transitions. It is not obvious whertehr this is a camera problem or due to something in his processing system, but a camera sensor or processing issue seems most likely. 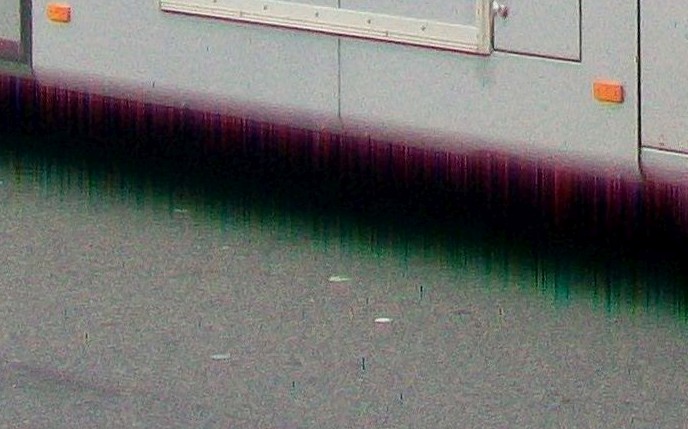 Your issue is "normal" CA (chromatic aberration) - not nice to have, but at least well enough understood. 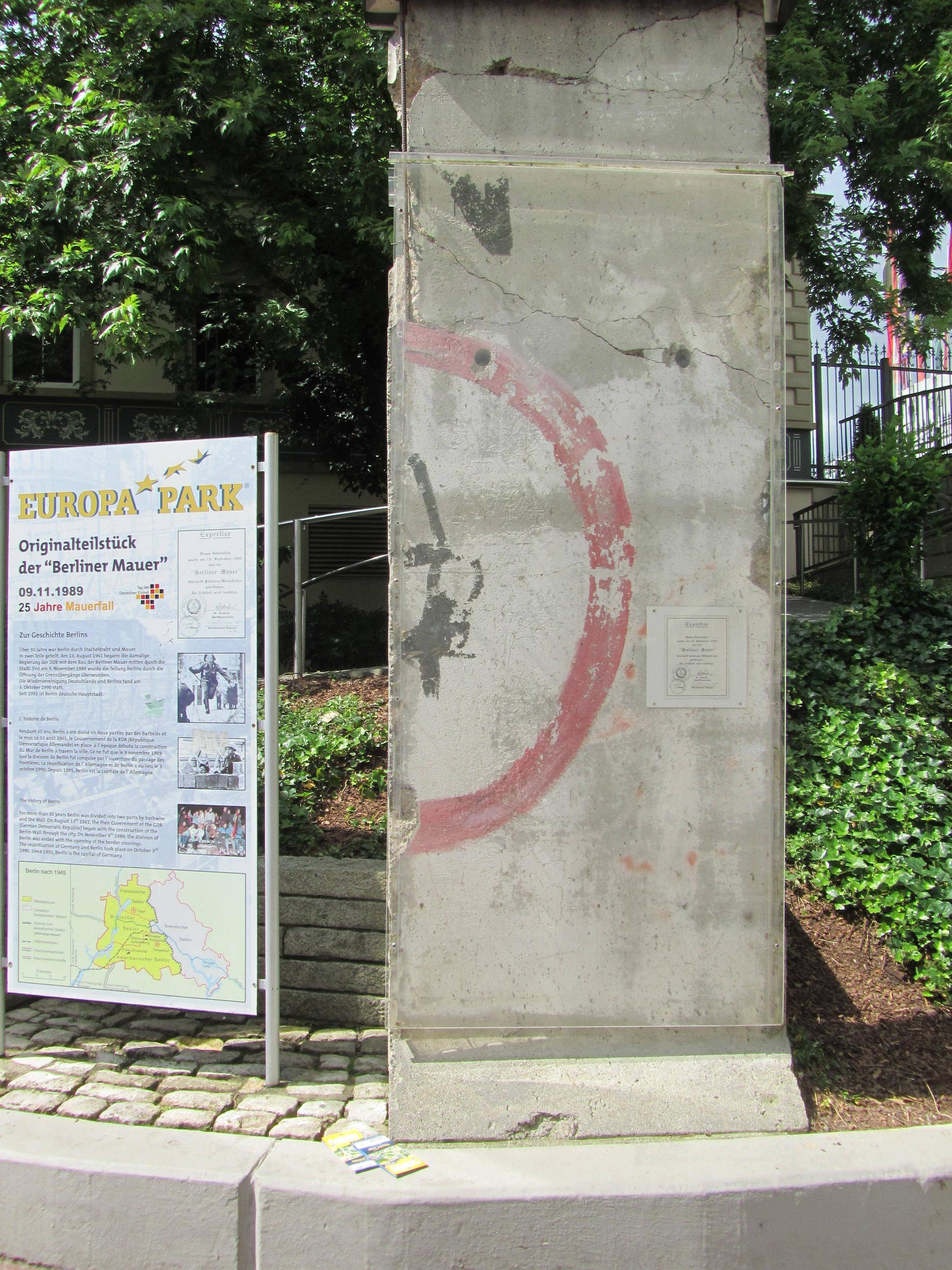 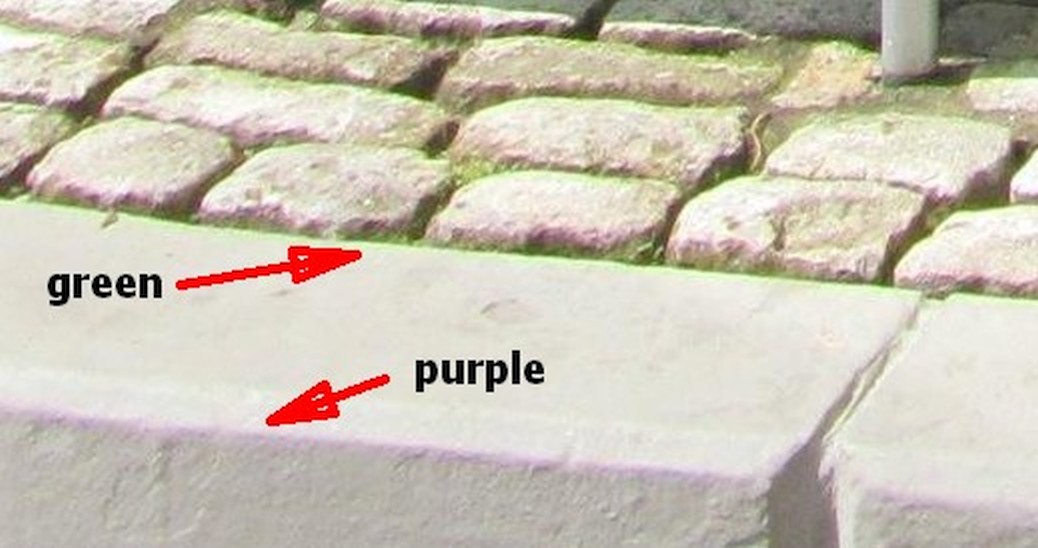 And on verticals here: 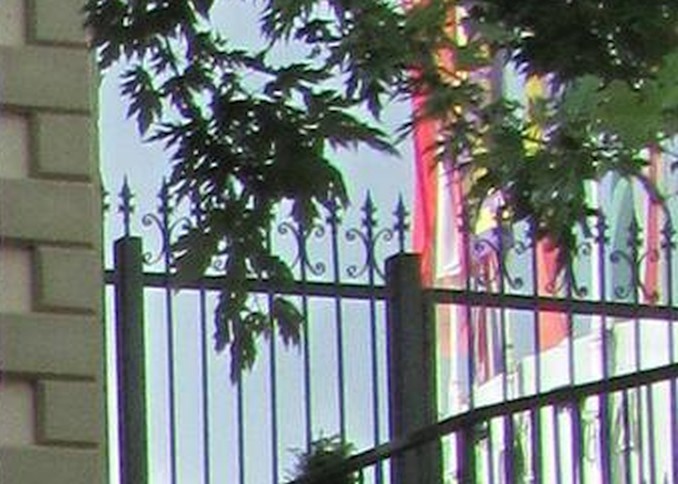 DPREVIEW are one of the top internet camera review sites
(IM & many others HOs). So their comments are liable to carry more weight than most reviews. I've copied some of their comments re the Canon SX210IS below.

More on the bus image and other photos from the same photographer:

Here is the source of the original bus image - Wikipedia. Photographer P Poschadel.

And here is a completely different image by the same photographer.

It can be seen to have the same "bleed" effect on some only horizontal boundaries. He tends to get red or purple "bleed" on light to dark transitions and green "bleed" on dark to light transitions (as in the bus image) . Thus -

It also has strongish but conventional CA on some verticals.

3
Is this chromatic aberration?

4
How to prevent weird spots and stripes on photos of window glass?
7
What could cause this visible artifact which seems to a be a glowing inverse of something outside of the frame overlayed on this photograph?
3
What is this polygonal artifact with my SEL50f18 and Sony a6000 after extreme shadow boosting in Lightroom?
3
What is this streaky Cyanotype artifact?
3
What is this RGB artifact and how did it form?
1
Green dot in center of photo
3
What are these curved, dark bands at the top of my photo?
1
What is the name of this distortion or artifact?