Can my overexposed, hazy backlit photo be fixed?

I took some photos for a friend, and some of my potential favorites are completely overblown. I've attached an example. I've tried fixing in Lightroom 4, and I'm just not getting it. Is there any hope? Can it be salvaged??? FYI, I shot this in RAW. Can something be done in Photoshop, or with a NIK plug-in, etc? I'm willing to try anything! Thanks for your help!!! 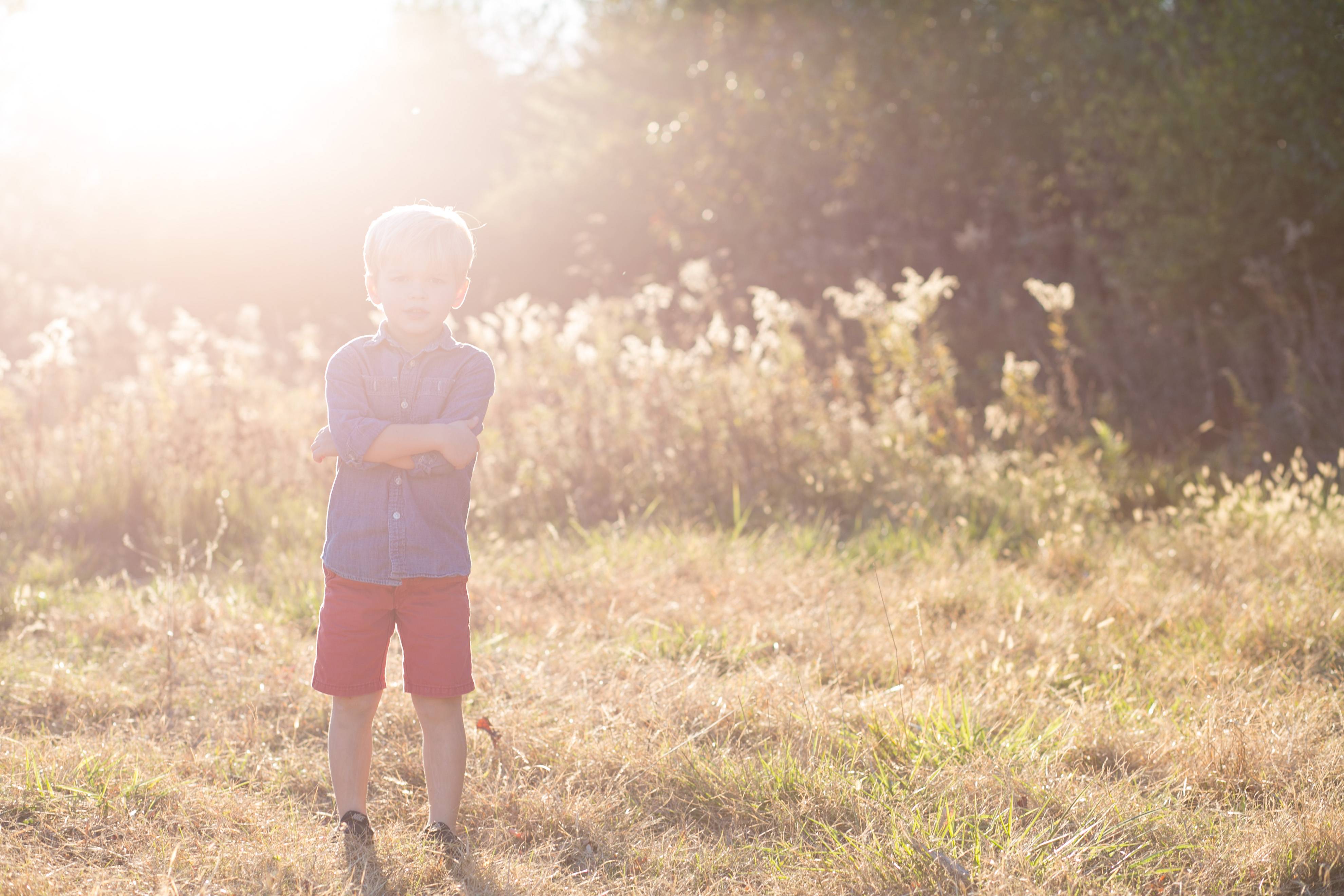 I didn't mess around in color since i don't have the raw file and the jpeg correction would look pretty bad. But in the newest version of lightroom you have access to the dehaze tool. I also messed around a bit with the contrast and clarity. You may have to take them to a professional if you don't know what you are doing. 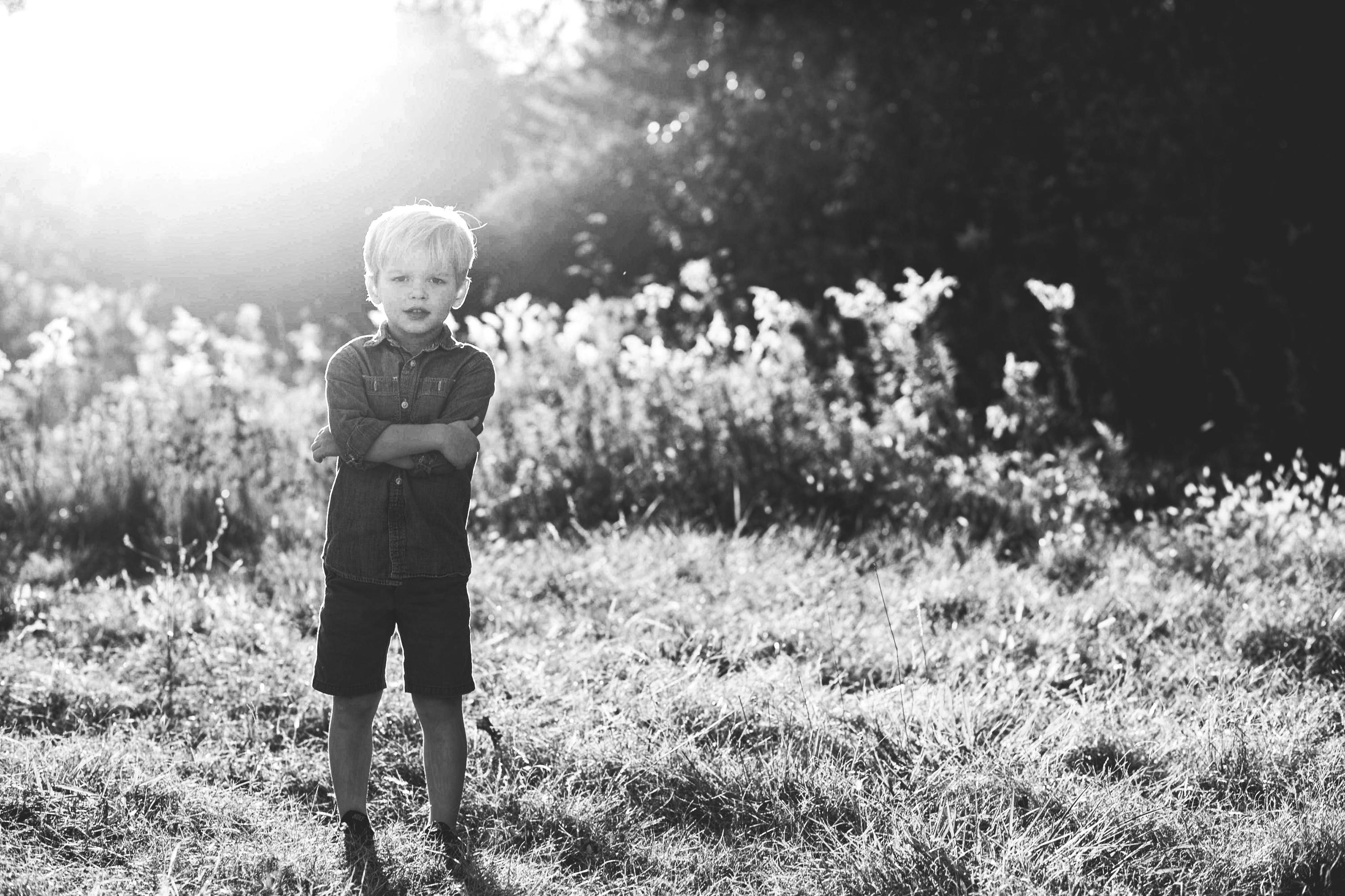 If you have a RAW file, you can adjust more than you might think. If you have Photoshop or Lightroom (or another program which does this kind of editing). than with a bit of practice you can get really great results.

(your photo is great anyway, composition is nice and the colors look great). Just think more about the sunlight when shooting, but we all have to learn :).

In strongly backlit situations, checking the result after shooting is "a really good idea' amd if preview is available it will show you what is liable to be achieved. Use of fill flash here would help greatly.

Just playing with Irfanview + JPG you can get results like this. Original V0 at left.

Quality "rather poor" but better than V0

Head and body and background optimise differently so combiming at least best head and body may help. VV quick effort at bottom is certainly not the best that can do done.

More on these (only) if they prove a potentially better choice than any alternatives - hopefully for your sake not so. Somewhat surprisingly, a look at the histogram of the "white" area where the top half of the head should be shows it well less than saturated and with a reasonable looking histogram - as evidenced by the 1st quick tries at getting the detail back. So, starting from RAW there is 'some hope'.

I have a dehazing program which I may manage to try later. 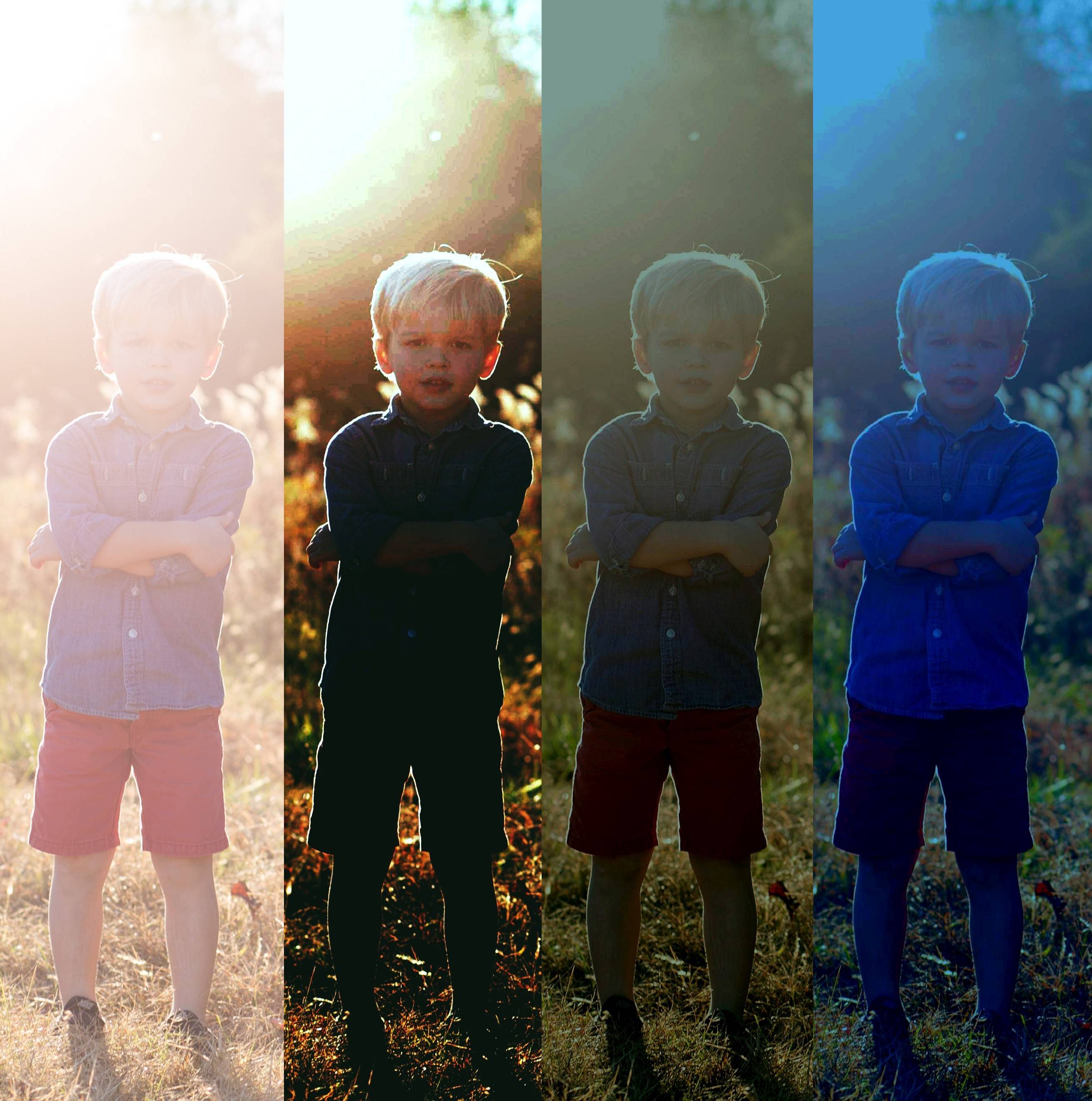 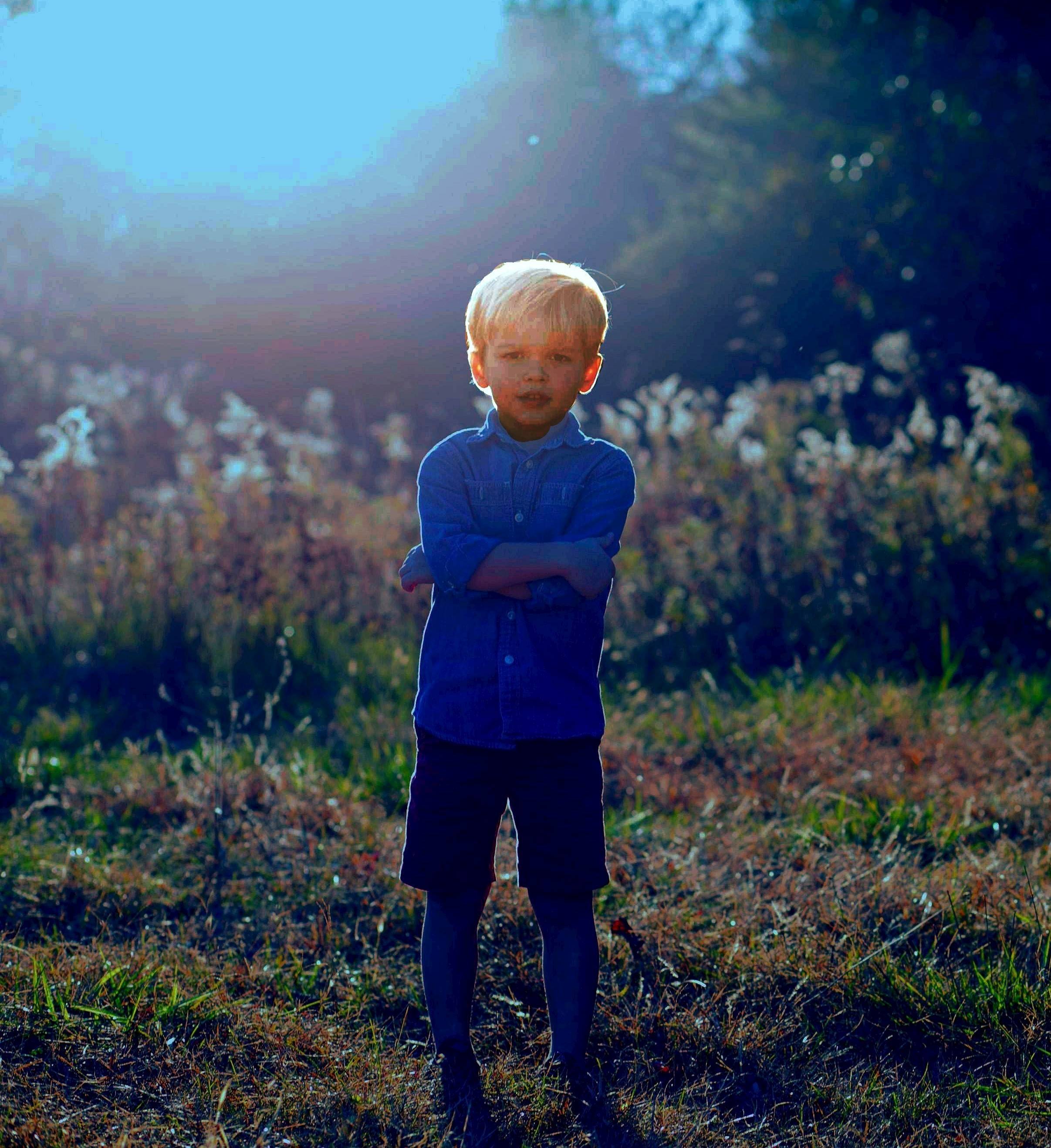 Here are some results using Ashampoo "Sharpen Project" followed by Irfanview.
This was from your JPG sample. I suspect you could get as good or better results with Photoshop when starting with the RAW file. The end result is probably no better than could be achieved with Irfanview alone.

I used "Sharpen" mainly to "dehaze" the image and then played with Irfanview.
With Photoshop you can process the head, body and background separately and combine them seamlessly. 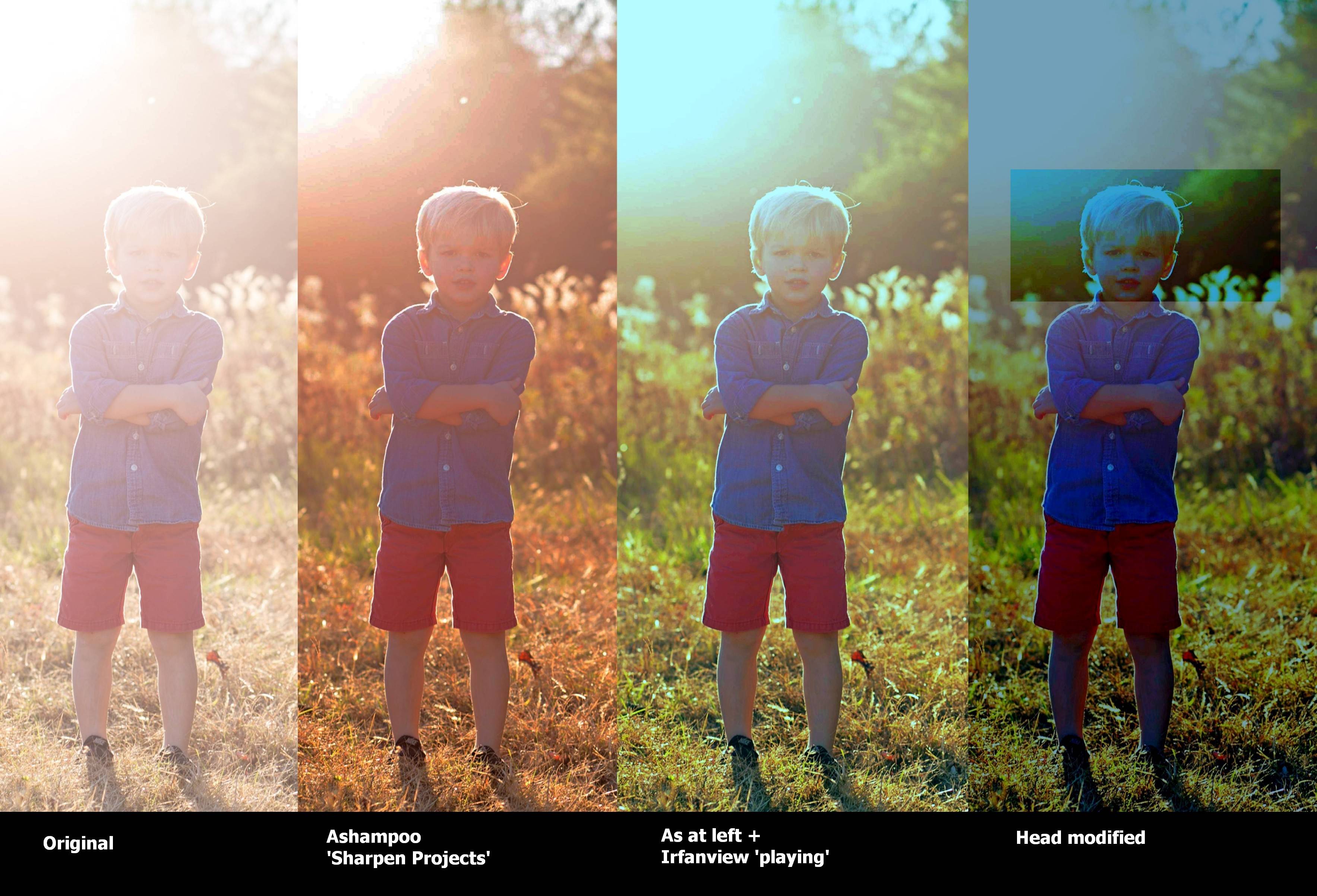 Not the answer you're looking for? Browse other questions tagged overexposure backlight haze or ask your own question.

4
Good way to overcome backlit subject from distance with no assistance?
3
Polarizing filter causing soft, hazy shots?
0
How can I improve the colours of this old photo where flash heavily overexposed the subject?
22
Canon geometric overexposed quadrilateral shapes in all of my images
0
Photos through viewfinder constantly overexposed
1
Can I salvage overexposed images accidentally taken in manual mode?
1
Is it possible to 'fix' an image (with bad colouring/effect applied) based on a smaller thumbnail?