How to take sharper images indoors, scene with all objects in focus?

I have recently started photography. I have completed web course in beginner photography, but I am completely hopeless in getting sharp photos. I have Nikon d5300 with 18-70mm lens. And I want to take sharp photos of flat lays where all objects are in focus. I know that I need to use small aperture in order to have all objects in focus and that I need to compensate it with longer shutter speed to let in more light since it is indoors, but I feel like I have used all possible combinations of ISO, shutter speed and aperture, but the objects are never sharp when photo is later zoomed to 100% on computer.

In order to make things better, I:

One of the photos: 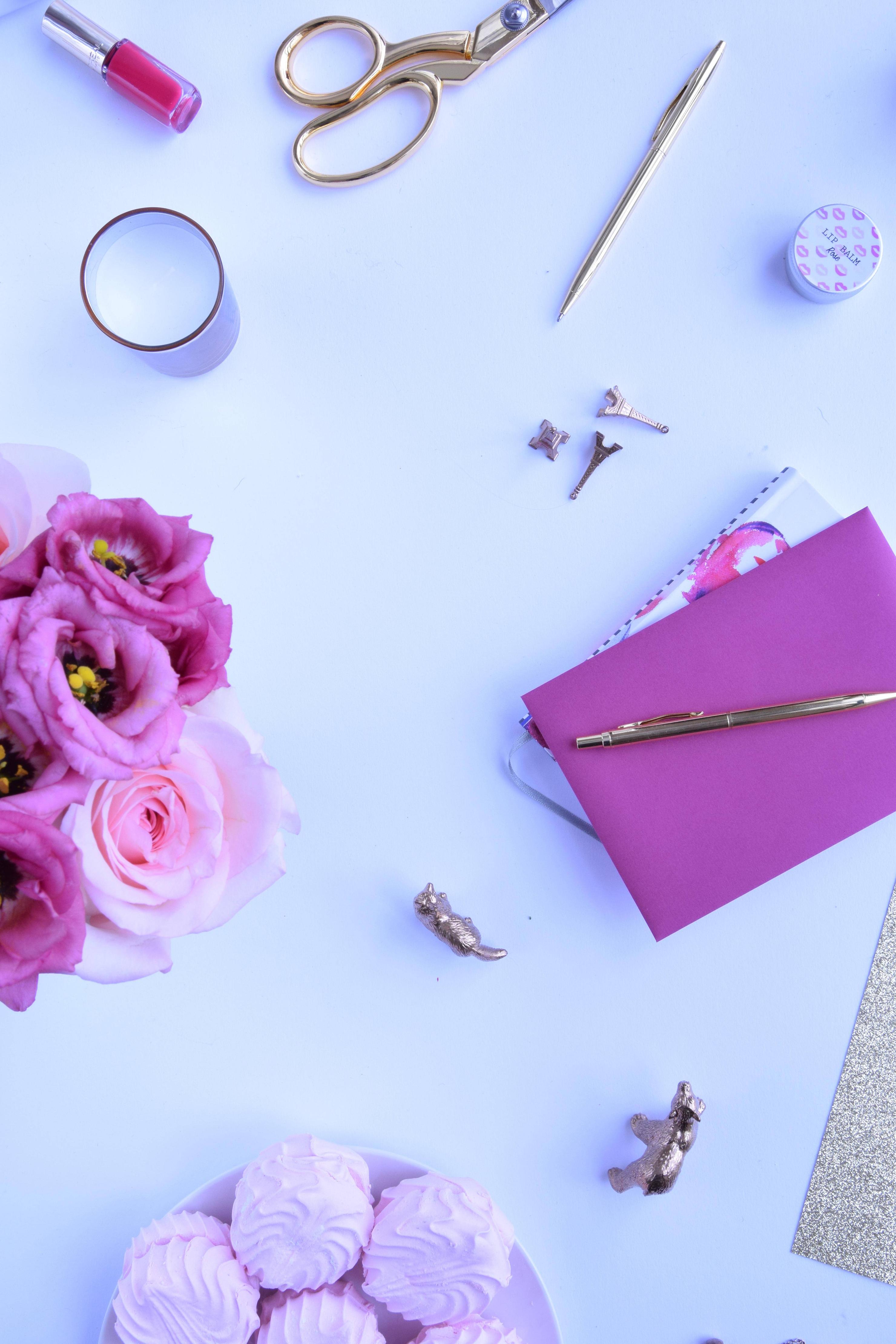 The camera is 30 cm away from flowers. Flowers are the tallest object, approx 20 cm high. On the lens, autofocus is enabled. (the photo looks blue because I messed up with white balance, it seemed as the correct color on camera display, but it turned out to be blue on computer screen). I don't use zoom at all or go max 30mm

1.What can I do to improve sharpness? 2.What aperture would you recommend for the given scene? 3.On which object should I set focus?

In addition to mattdm's suggestion to get a flash or two (which can be a very cheap way to get better light for your image).

The sharpness in the sample image looks reasonable for a kit lens - most of the objects are around the edges of the image - and the corners are likely to be the least sharp parts of a lens. The focal plane of a lens is not always flat - so focussing on the center of the image, may not give you sharp corners.

Lenses normally have a "sweet" aperture when they have their optimum sharpness - find out where this is for your lens. You may want to consider a prime lens which are generally sharper than zooms - as you have a specific setup - you can work out what focal length is required and buy a prime close to this.

Although the rest of the image isn't as sharp as possible (see above) - there is a specific reason why the flowers are out of focus. If the flowers are only 30cm from the lens, then this is too close for your lens. The minimum focus distance for the Nikon 18-70mm is 0.38m according to the Nikon website - your scene is simply too close to your camera

Although the rest of the image isn't as sharp as possible (see other answer) - there is a specific reason why the flowers are out of focus. If the flowers are only 30cm from the lens, then this is too close for your lens. The minimum focus distance for the Nikon 18-70mm is 0.38m according to the Nikon website - your scene is simply too close to your camera

I know that I need to use small aperture in order to have all objects in focus ...

Most lenses are sharpest somewhere in the middle of their aperture range (typically near f/5.6 - f/11, depending on the lens). While you didn't specify the aperture you're using, being as close as you are and needing some DoF, I assume you're shooting at f/16 or f/22. According to the performance tests at photozone.de, your lens will produce the sharpest results at f/8 or f/11.

But that will narrow your DoF considerably. Therefore, in conjunction with opening up to f/8 or f/11, you should move your camera further from your subject. Again, according to the same tests at photozone.de, your lens performs much better at 40mm than either 18mm or 70mm:

Moving further away will have the additional benefit of reducing the perspective distortion of the items on the table. For instance, the lip balm container and the glass of milk won't be "leaning away" from each other nearly as much. The standing Eiffel Tower miniature won't look as much like a metal "X" with an off-center dot as it does.

(... unless the perspective distortion is something you were going for, in which case the above paragraph is not an additional benefit; it would be a tradeoff for achieving the best performance of your lens.)

Sounds like it's time for you to take more control of the light. I recommend a low-cost manual flash like those from Godox or Yongnou. It's darker indoors than our intuition tells us, and brining more light is an easy and cost-effective fix. For your still life, you probably also want a soft box, although there are DIY modifiers you could use as well.

Not the answer you're looking for? Browse other questions tagged blur indoor nikon-d5300 or ask your own question.

29
Why are my photos not crisp?
7
How can I improve the sharpness for tabletop still life of photography?

2
How can I take natural looking photos of my kids, etc. with a compact camera indoors?
2
Is it normal to have to take multiple photos to end with up one good one?
1
Nikon D3000 Blurry Pictures. Focus Issue?
1
How can I better take indoor photographs with wide aperture and low light?
3
How can I “unblur” these pics of the Northern Lights?
2
Why do I get blur with a telephoto lens even with mirror lock-up?