Does EXIF metadata contain AF point(s) used or a distance to a focused object?

I have shot the photography below. I can see that the lamp on the right is in focus, while the building that I actually wanted to show in this photography is out of focus. I am investigating why this happened here. I guess either have choosen wrong AF point or aperture.

Assuming I focused on the lamp with f/2.2, and given that distance to the lamp was like 20m, the depth of field was ending about 10m behind the lamp, so much before the building. But that's just a guess and I would like to get some more confidence.

EDIT: I included AF points used (in red) from DPP. 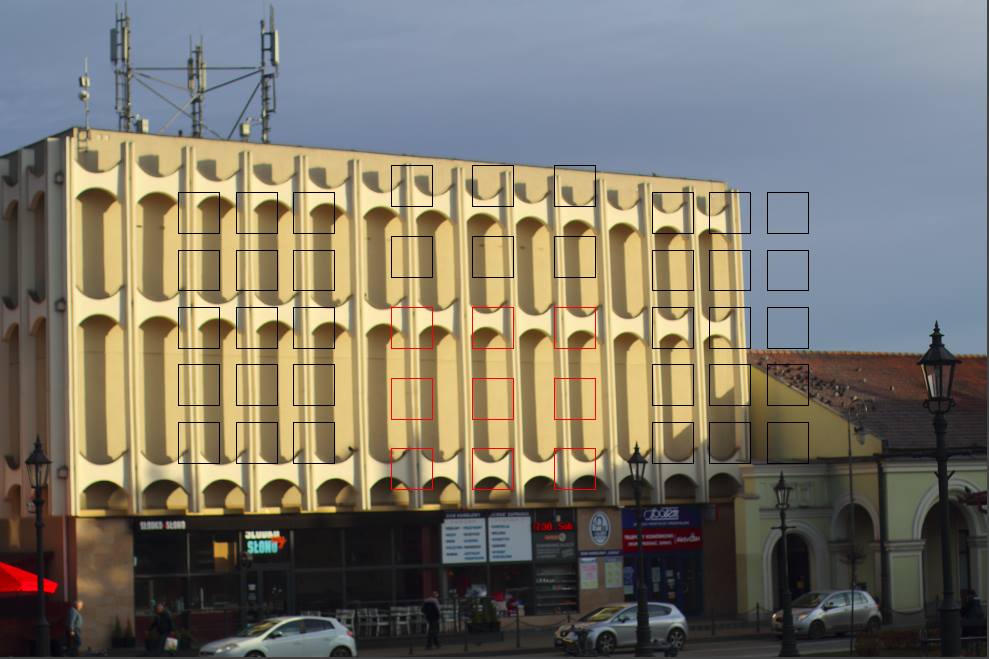 I think all you need to know is where the camera focused. The DPP software should show this information in edit mode. If it shows focus on that building, you may need to consider some more testing to see if the front focus is consistent, in which case the lens or the camera should be adjusted.

Canon's Zone AF is fairly well known to be inconsistent when it comes to focusing on what the photographer normally intends to be in focus. And that's putting it very nicely. The camera will almost always focus on the nearest object on the frame that has any degree of contrast. This appears to be what happened in your photo.

From page 124 of the EOS 80D Instruction Manual: 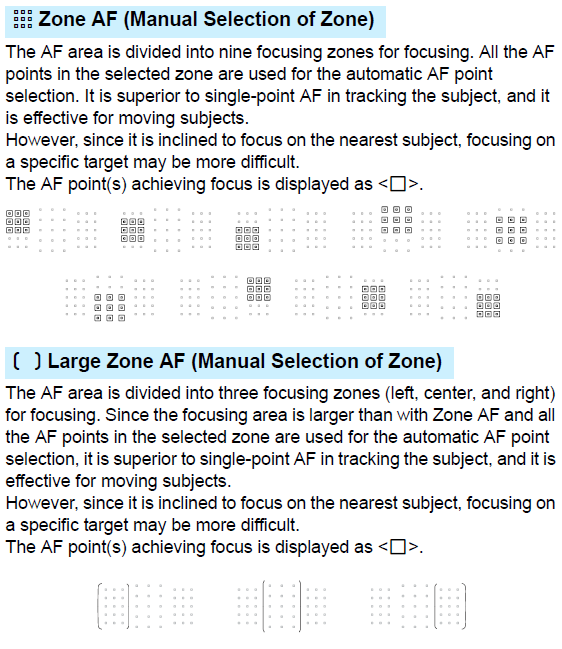 Notice this sentence repeated in both sections:

"However, since it is inclined to focus on the nearest subject, focusing on a specific target may be more difficult."

Some of Canon's top tier cameras have alleviated this somewhat by allowing the user to designate a single initial starting AF point when using Zone AF or even when using Automatic AF Point Selection. The camera only uses a different AF point if the initial point can't be brought into focus or when using a tracking mode that follows the initial subject around in the frame. The 80D allows this only in AI Servo AF mode. To set the initial AF point when using either of the Zone AF modes or 45-point Automatic AF selection please see "C.Fn II -11" on page 422 of your EOS 80D Instruction Manual.

As for reviewing the camera state at the time the photo was taken:

From anywhere within Canon's DPP you can press "Alt+J" to toggle the selected AF point on or off in the preview image displayed on your screen.

If you are using DPP 4 there is a "shooting distance information" scale near the top of the "Lens correction" sub-window. Although a precise distance is not given in feet or meters, there is a scale that goes from MFD on the left to infinity on the right. Do note that the slider can be moved by the user to adjust the effect some of the other adjustments, such as distortion or CA, in the "Lens correction" sub-window. If you have moved the slider but haven't yet saved your changes to the "recipe" for an image then pressing the return to default arrow just to the right of the infinity symbol will restore the position of the slider to the "as shot" information contained in the EXIF "maker notes" section. Once you've saved the changes you've made, though, the return button to the right of the infinity symbol will return the slider to the position it was at when you saved the "recipe".

Not the answer you're looking for? Browse other questions tagged digital metadata or ask your own question.

11
How can I export EXIF metadata from Apple Aperture?
4
Best way to hardcode filename into EXIF metadata
12
What tool can visualize metadata from many photos on a Mac?
3
Can face detection information be extracted from the EXIF data on a Canon SX30?
5
Is the fact that in-camera HDR was used available in EXIF metadata?
1
Lightroom - Focus point / length data?
6
If EXIF metadata is removed, can I find the software or camera used in any other way?
9
Why don't Exif tags contain time zone information?
1
Why does device listed in metadata change on photo transfer?