I'm trying to create a calibration profile for my Canon 7D using the ColorChecker Passport app from XRite.

I took 3 images of the colorchecker with 3 different illuminants: shadow, sunlight and interior lighting. The profiles created using shadow and interior lighting (single or dual illuminant profiles) are working fine but for some reason, I can't create a correct profile using sunlight image. I tried with 2 images taken in sunlight conditions two days apart and nothing changes.

Image of my image for the sunlight illuminant profile : 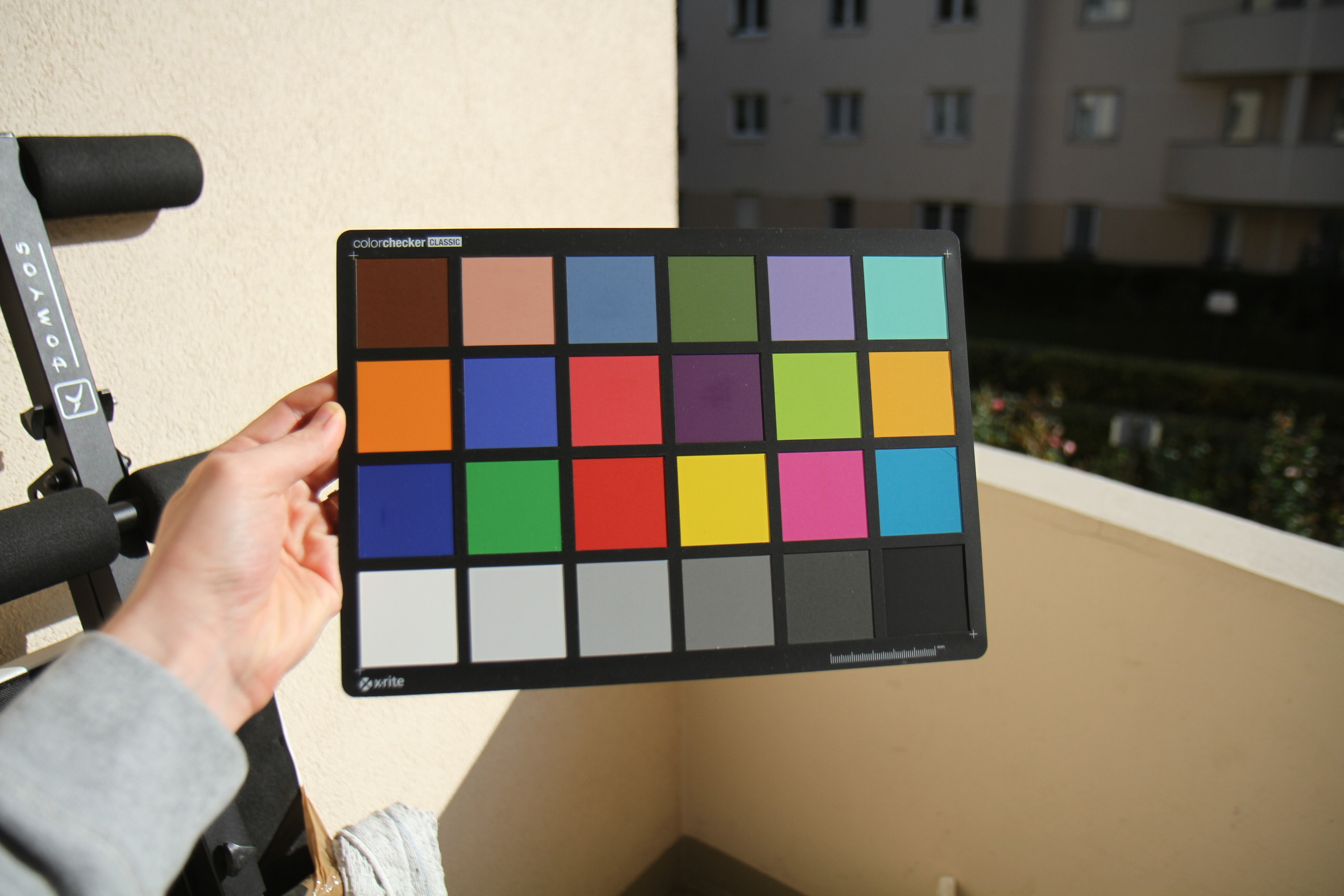 After the calibration with the "sunlight" profile : 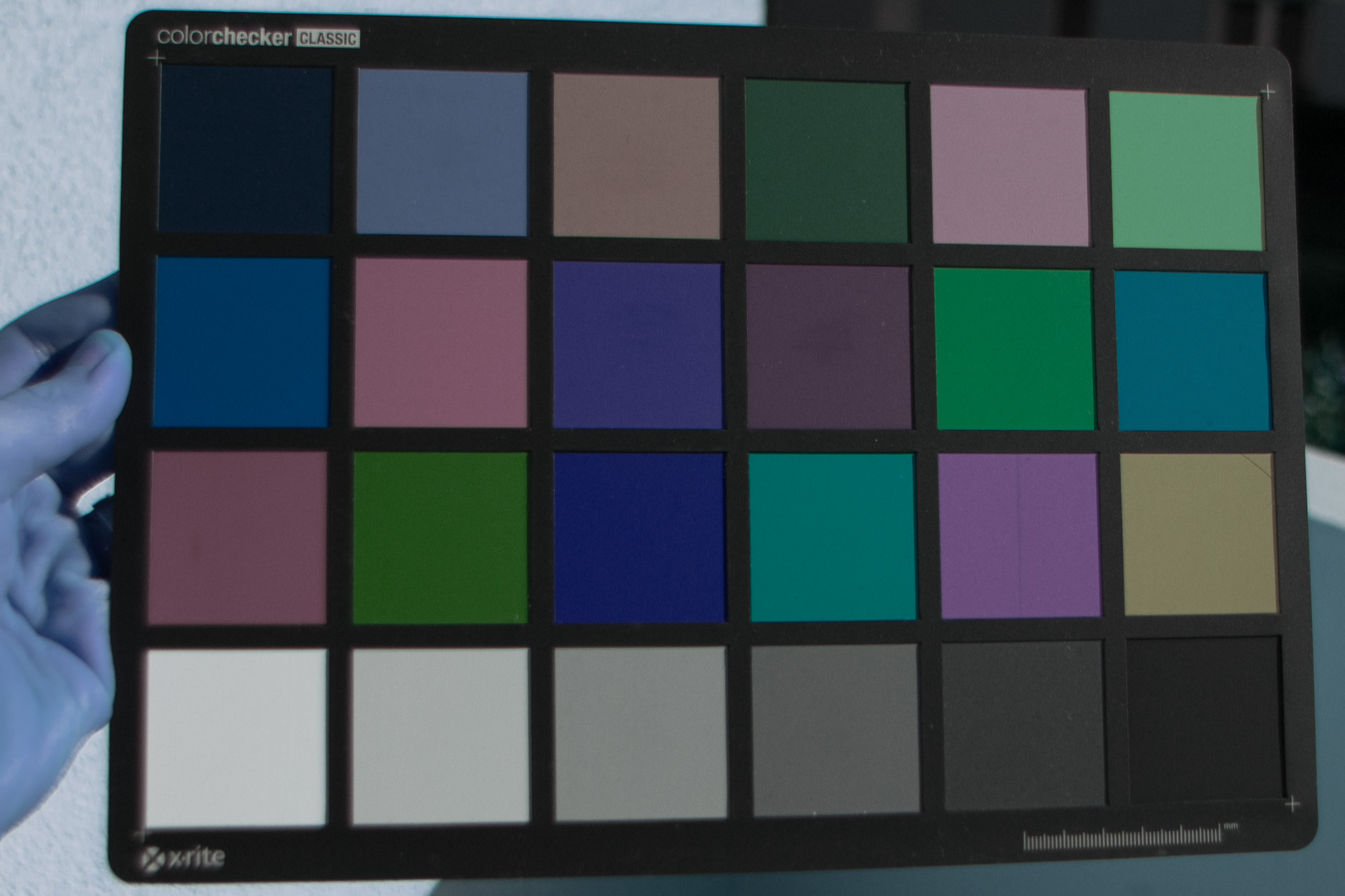 What am I doing wrong ?

I'm using ColorChecker Passport 1.1.0 to create the profile and LR CC with the last update to apply it. I checked and the X-rite app correctly recognize the color board.

If one examines the RGB values for each patch in the original and in the "corrected" photo, one can see that the red and blue values are "flipped" in addition to the additional adjustments that one would normally expect. The second image is also significantly dimmer for whatever reason. This is true even in the gray patches at the bottom of the card. The third gray patch from the left goes from (159,163, 160) to (121,125,123). With colors the effect is even easier to see. The red patch in the third column of the third row goes from (204,53,40) to (17,24,85). The blue patch in the first column of the third row is translated from (43,56,134) to (101,68,84).

Many image editing tools have options to translate/reverse colors. Are you sure you haven't inadvertently selected such a setting?

Not the answer you're looking for? Browse other questions tagged color color-management or ask your own question.

3
Which color settings to chose in Photoshop and Aperture with an Epson SPR2880 printer
1
Color profile from calibration affects Windows' Preview
8
Is there an automated way of color correcting using a color card in Capture One?
0
Lightroom: Custom Camera Profile Appears as "Unnamed Profile"
3
updated test print file for modern workflow?
1
How to validate color images calibrated with DNG color profile?
1
I have an image that contains a color target, how can I print it in order to get faithful colors?
0
Should I create a monitor profile for each paper?
4
How to use X-Rite ColorChecker with Sony a7R IV?
3
Can't get the right colors when shooting art. Looks pale even with ColorChecker Passport