Is Canon EOS 80D worth spending $200 more over 70D when it comes to image quality?

I've been shooting with Canon EOS 1000D for 8 years. I am now looking some more advanced:

Now I'm considering switch to Canon EOS 80D vs Canon EOS 70D. Is 80D worth spending $200 more when it comes to image quality?

The 80D has significant improvement over the 70D in dynamic range when shooting at low ISO. Above ISO 400 they're virtually identical in their response curves when the difference in actual ISO vs. set ISO is taken into account. From DxO Mark: 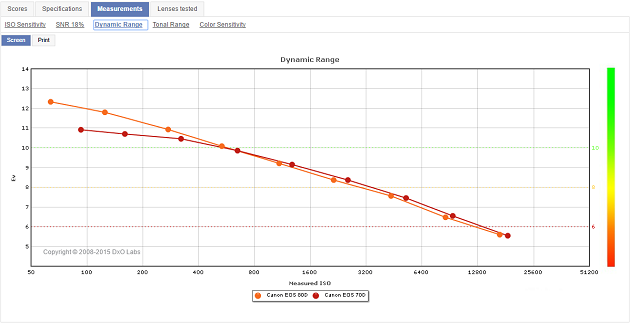 The difference in actual versus nominal ISO at a given setting is most pronounced when looking at color sensitivity - when both cameras are set at base ISO 100 the 80D is actually at about ISO 64 while the 70D is at ISO 93. This results in a color sensitivity score of 21.1 bits for the 80D vs. 20.5 bits for the 70D. If one looks at the graph one sees that the curves are very similar, the only difference is where each actual ISO sensitivity falls on the curve. 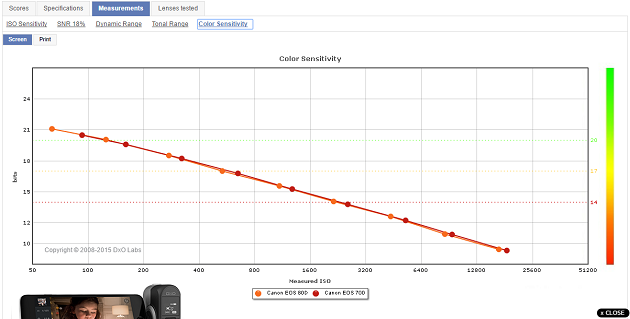 Note that this is a change from the way Canon has done things in the past where typically their EOS cameras were set at very near the actual ISO for a particular whole stop setting. Others, most notably Nikon and Sony, have been tuning their cameras with up to 2/3-stop lower actual vs. set ISO sensitivities for years. This tends to boost a camera's overall DxO Mark scores due to the way DxO weights the various factors that are combined into those scores.

The 19 point AF system in the 70D is essentially the same one that originally appeared in the 7D when it was released in 2009. While it was certainly very configurable, it had a reputation for being rather inconsistent from shot-to-shot. The newer 45 point AF system of the 80D not only provides more AF points over a wider coverage area of the frame, but it does so with more consistent shot-to-shot variation. It's not as good in that respect as the newest AF systems in the 1D X Mark II or 5D Mark IV which are perhaps the best anywhere, but it is better than the AF system in the 7D and 70D.

An additional consideration when comparing the 70D to the 80D that you haven't directly mentioned which could significantly affect your results in certain types of low light is the anti-flicker feature that was introduced in late 2014 with the 7D Mark II. The 5Ds, 5Ds R, 80D, 1D X Mark II, and 5D Mark IV all have it. The 70D was the last non-Rebel DSLR Canon has introduced without this feature. For more on how this affects shooting in light that flickers please see the case study example at the end of this answer to When should I upgrade my camera body?

Ultimately whether the differences in the two cameras is worth an additional $200 or so is up to the individual buyer and their needs. The advantages of the 80D over the 70D may or may not be worth $200 to you. For me personally and what I shoot the flicker reduction feature alone justified an upgrade from the 7D to the 7D Mark II. The better AF system and lower noise at high ISO also made the upgrade worthwhile.

Just based on your need for autofocus needs itself, the $200 difference should be worth it. You're getting almost 2.5x focus points with the 80D's 45 compared to the 70D's 19. This will give you the faster/precise autofocus you're looking for.

If you want to do a low-light comparison, you should do so by checking out this video. You should determine for yourself if that is worth the extra $200 in that regards, combined with the autofocus benefit. The 4 extra Megapixels doesn't hurt, either.

Not the answer you're looking for? Browse other questions tagged canon canon-70d canon-80d or ask your own question.

43
Is there a sane reason why ¹⁄₁₂₅ is not, instead, exactly half of ¹⁄₆₀?
21
When should I upgrade my camera body?