I am interested in exploring the viability of doing stereophotography using a single camera.

The idea is that the camera would take images in pairs, first using one side of the lens system, then using the other. (obviously this would require some kind of mechanism to switch between the two sides)

Are there standard lens or rather mirror systems for doing this?

(The cited answer is different than my question because that poster is trying to capture two images in a single exposure, whereas my case is two different exposures.)

Are there standard lens or rather mirror systems for doing this? 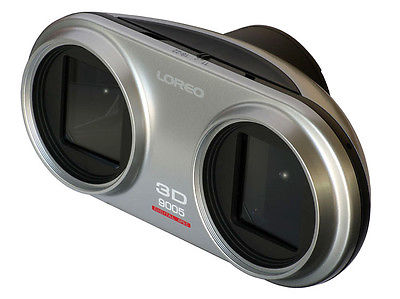 There are many other similar devices that are or were made for a variety of cameras.

I'm not aware of an optical attachment that lets you take the two images separately, probably because capturing the images at two different times, even if they're close together, will always be a problem if there's any movement in the scene at all. It's very hard to get even a tree to stay completely still for the second or two that you might have between shots if you were working quickly -- the wind might blow the leaves, or a cloud might move and change the lighting. Animals, including people, would be impossible.

If you're aware of the possible problems and still want to experiment, my advice would be to move the entire camera from one position to the other. You could easily build a fixture for a tripod that lets you slide the camera between two positions. Find a short piece of appropriate straight metal stock (80/20 t-slotted extrusion would be perfect) and something that slides along it to which you can attach the camera (80/20 makes a variety of linear slides that fit their extrusions). Put stops at each end to establish the two positions, and then you'll be able to quickly and easily take photos in the same direction from two positions a fixed distance apart.

Try a google search and you will find something like this:

In this solution you have two cameras put together side by side.

If you are more specific on your google search

You find a lens for stereoscopic images, for example:

Whith the current trend of the use of google Cardboard VR https://vr.google.com/cardboard/ you have some options.

Not the answer you're looking for? Browse other questions tagged optics accessories stereoscopy or ask your own question.

2
Which is better to use : Mirror or totally reflecting prism?

8
Are mirror lenses appropriate for DSLR astrophotography?
5
Is there maximum distance for stereoscopic photography?
9
What kind of mirror in a mirror lens?
4
Does wide angle equivalent in crop sensor skew image?
6
Use of DOF adapters in stills photography
7
What could cause this visible artifact which seems to a be a glowing inverse of something outside of the frame overlayed on this photograph?
0
Mirror vs Lens: do either or both invert the image?
4
Are thermal imagers inherently more expensive than visible-light digital cameras?
0
Wildlife camera lens for iPhone 6,7
5
What's the practical difference between two Canon 50mm f/1.2 L lenses?