Is an 85mm prime lens worth getting to blur backgrounds, if I already have a 50mm prime?

I realized I need more blur in the background so I thought may be I should purchase an 85mm prime lens.

But I wonder since it is possible to blur the background through software, does it make sense for me to buy a 85mm prime lens?

Basically, yesterday, my child was playing with a sleeping dog, but I could not take a photo with the 50mm prime lens because the cars behind them weren't blurred even at a low aperture. I had to cover both of them in the photo so going too close wasn't an option.

Is there some reason I should consider buying an 85mm prime lens when I already have 50mm prime lens with the aim of blurring the background (which could also be blurred through software)?

You will get a bit more and smoother blur. If it's worth the Investment is up to you. But be adivsed that the smoothness of the blur is highly depending on the lens-construction itself, so the numbers only say so much

Calculating the DoF, and the Bokeh.

In this Screenshot of the Software cBlur (a german online version exists here), you can see the Sharpness-curves for a 50 and a respective 85mm lens, set at the same aperture (f/1.8) and focused on a distance which covers the approximate same object height in the image (190cm, which is roughly a full body portrait). 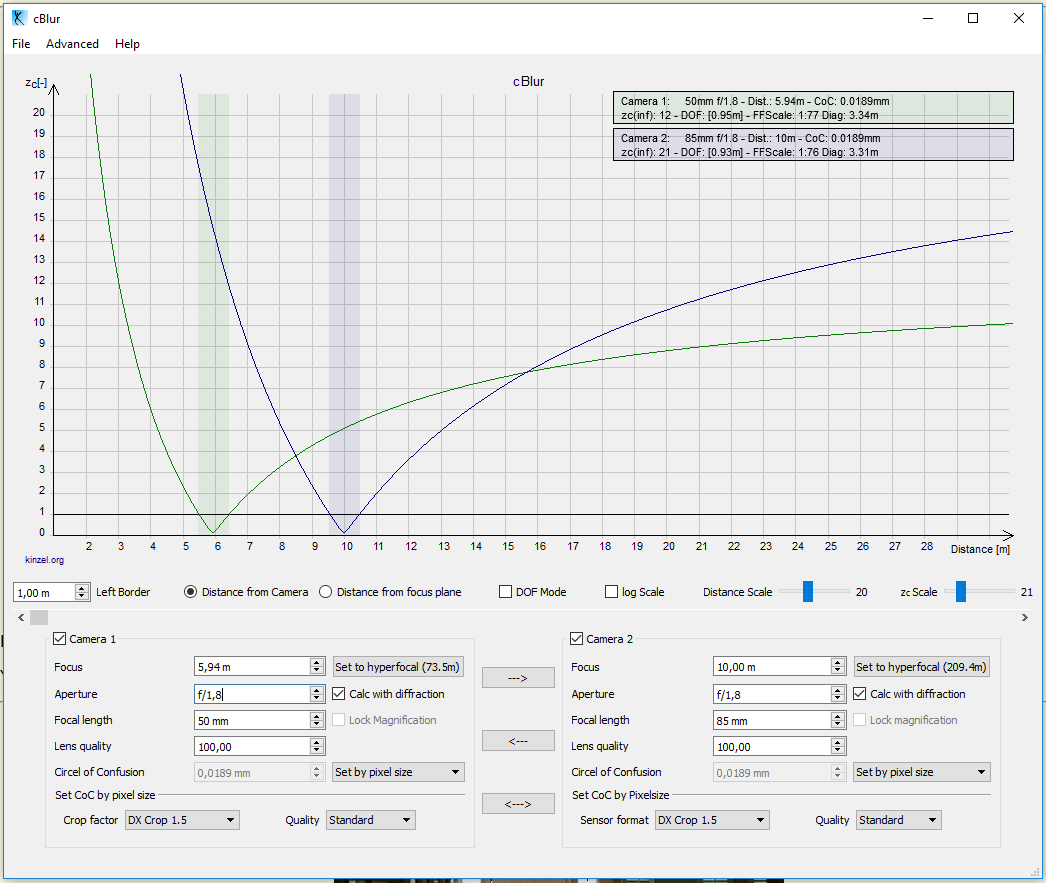 As you can see, the circles of confusion are higher for the 85mm (blue line), which basically means more blur. In the online version, you can also get example image of the approximate blur. (Which does NOT equal a higher bokeh quality, because that also depends on contstruction details of the lens).

From my personal experience with a 35mm and a 56mm prime on a Camera with Crop Factor 1.5 (which equals your Nikon DX) set to the same aperture (1.4), for Portraits with only head or head and shoulders it's irrelevant (though the 56 has less perspective distortion and makes "nicer" faces), but on a full body portrait, the 56 has more blur. But you also need a lot more space, which may not always be available.

A note on artifical bokeh

Creating a Bokeh in Photoshop or "Blurring Backgrounds" is not an easy Task and requires Depth-Information, which you don't have in a 2D Image (that's why e. g. the iPhone 7 uses two cameras to create an artifical DOF effect, and event this doesn't work perfectly).

I'm not sure you've correctly understood how depth of field works. To a very good approximation, if you keep the same framing and the same aperture then the depth of field stays the same - as such an 85mm lens will not help you, as you'll just have to step further back. If you want a shallower depth of field, then you need to get a lens with a wider maximum aperture; the obvious option here would be a 50mm f/1.4 lens.

In general, the difference between 50mm and 85mm focal length is not dramatic and the difference will be only incremental, but 85mm lenses are usually specifically designed for portraits, so their background blur may be smoother and they may be optimized for use wide open, which is rarely the case with lower end 50mm lenses. So if you are looking for smooth backgrounds, 85mm is a step in the right direction.

45
How can I get dramatic shallow DOF with a kit lens?

52
Why is the 50mm prime lens the most standard?
24
Is it worth it to have the 50mm f/1.8 Canon lens?
9
How to avoid a halo around the edges?
19
Can software auto-detect image focus?
21
How does background blur (bokeh) relate to sensor size?
2
Is 24mm F/1.8 Prime lens blur bokeh is good (not distorted face) for portraits
3
What difference is there between the 50mm in a zoom lens, a 50mm prime lens, and a 50mm macro?
2
Why is my picture blurry?
0
Focus issue - possible cause?