How was photo data processed and transferred back to Earth from satellites before digital photography became commonplace? 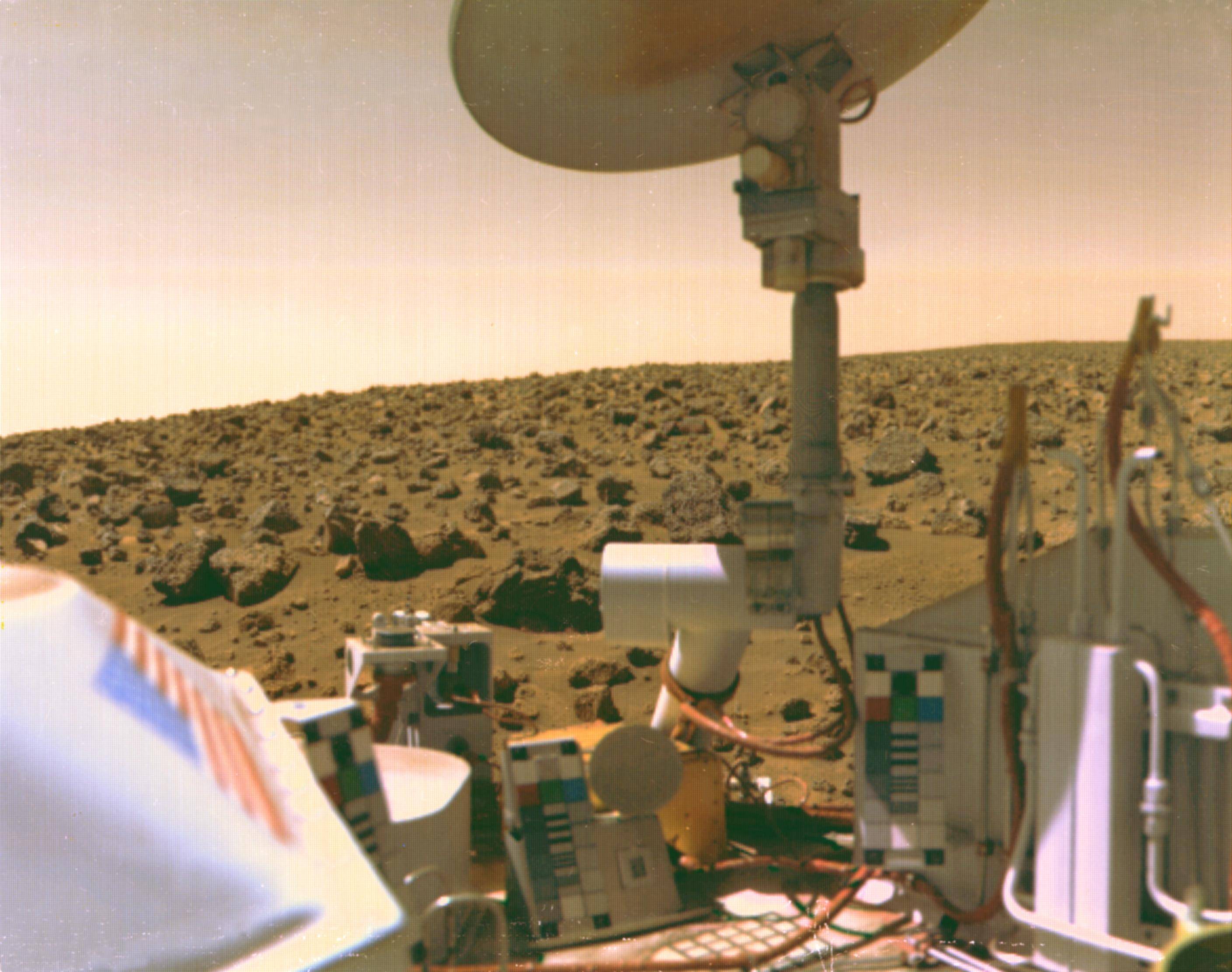 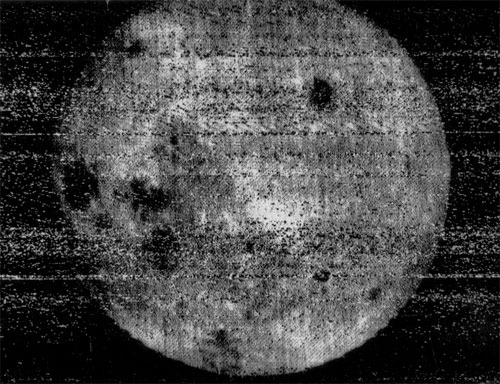 I wonder how these photos were processed. Was it some very early digital cameras? Or did those craft have roll film onboard which was then developed on-site? Probably there are differences between 1959 and 1976.
Furthermore, how was this data then transferred to Earth? I assume the transmission itself was analog but was it already in some kind of (raw) file format?

Luna 3 did something as complicated as you thought: It took photos on a film, processed it in a kind of onboard minilab, and then scanned and radioed it back home in analog way not unlike an old fax.

Funniest part was that Soviets didn't have the technology of radiation-hardened film, but Americans did. They used it against Soviets in high-altitude spy balloons. This program was quite a failure for Americans, but Soviets retrieved some of those balloons before they spent their precious cargo and repurposed the film for a space mission. Manufactured in the USA, sent to the Moon by Soviet Russia! You can read more about Luna 3 here

If you ask about similarities to raw "format", analog picture transmission is more like uncompressed bitmap than raw dump from a typical modern sensor. Raw data is not a format, every sensor makes it's own and there are no metadata like end-of-line markers or info about what sensel represents which color. Analog transmission (as in fax or TV) usually is way more structured, eg time to return the scanning beam to the beginning of the next line makes a natural end-of-line marker, or a special tone is used to denote that, which among others allows at least partial recovery of the image if there are some hiccups.

Amongst the myriad online pages documenting the Viking series, here's one which states clearly

The Viking Lander camera design was very different from vidicon framing or CCD array cameras. The lander camera was a facsimile camera with a single, stationary photosensor array (PSA), and azimuth and elevation scanning mechanisms. A lander image was generated by scanning the scene in two directions (elevation and azimuth) to focus light onto the photosensor array. The Viking Lander cameras were built by Itek Corp. A number of published papers described the characteristics and performance of the lander cameras. The scientific rationale and early design of the cameras were described in Mutch et al. [1972] and a detailed description of the flight cameras was given in Huck et al. [1975b]. Huck and Wall [1976] discussed image quality and Patterson et al. [1977] described camera performance during the Primary Mission. A summary of the information from these papers is given here as a high-level description of the camera and its operating modes.

There's a ton of autobiographical material at ITEK sites and sites maintained by former employees of ITEK.

I am not sure this is necessarily a question about what space craft used specifically, but rather what electronic solutions existed for capturing and processing images before the ubiquity of digital cameras.

Well, in addition to the solutions in the other answers I would like to mention the Video Camera Tube (the Vidicon briefly mentioned in the quote in Carl's answer is an example). This is a camera that works in the same way as your old CRT television, but in reverse.

Light is focused onto a photosensitive plate placed in front of the cathode ray tube. Charge builds up as photons hit the plate, and as the electron beam scans the plate from behind, the interaction between the electrons in the scanning beam and the charge on the plate at each point generates a varying potential difference on the plate, and it is this that becomes your analog image signal. You could then process this using analog image processing techniques, and then modulate the signal before transmission back to earth.

The Earth observation satellites used the two above mentionned method. In 1956, the USA launched the Corona program which used special 70 millimeter film with 610 mm focal length camera (according to wikipedia). Film was then retrieved from orbit with a reentry capsule.

In 1964, the first Nimbus satellite carried different sensors capable of taking pictures and sending those picture to ground stations using the ATP system (an analog system).

The first Earth Observation satellite equipped with a CCD sensor was the KH-11 (a spy satellite from USA) back in 1976.

There's a great video that explains how NASA's lunar orbiters worked here, and generally lots of information at moonviews.com, which also tells the story of how the magnetic tapes that stored the received data were found and reprocessed. It's a great story.

The short answer to your question is that the orbiters took photos on analog film, processed them automatically in a dry Polaroid-like development system, and then scanned the images and sent them back to Earth.

Not the answer you're looking for? Browse other questions tagged image-processing history file-transfer extraterrestrial-cameras or ask your own question.

6
What was Bob Parent's "Signature Technique," and how is it visible in this (linked) photo?
0
How to back-up photos on 2 external hard drives and retain photo creation date?