How did photographers get the exposure right back in the day with only full-stop increments?

I've noticed that with some older cameras you only have half-stop increments to ISO, f-stop and shutter speed. Look at Wikipedia on f-stops, I see they have the full-stop, half-stop and third-stop system we see today. Similarly with the film speed I see that the majority of the film produced is in the full-stop range. I don't remember seeing ISO 160 film back in the day.

Since you only have full-stop increments, how does one properly exposure when they slightly under or over by one or two-thirds of a stop? Did they just ND filters to compensate or does film have more lateral room to work with? Or was the resolving power of film so long that it didn't matter?

Keep in mind that most critical work done in the days when most cameras only had full-stop adjustments was done with sheet film, not roll film. Sheet film has one image per negative. A photographer could make notes when metering and exposing the shot and then customize development times for each individual negative back in the darkroom. The advent and increasing popularity of roll film, with which the entire roll is developed at once, is one of the driving factors that lead to cameras with finer exposure adjustments. 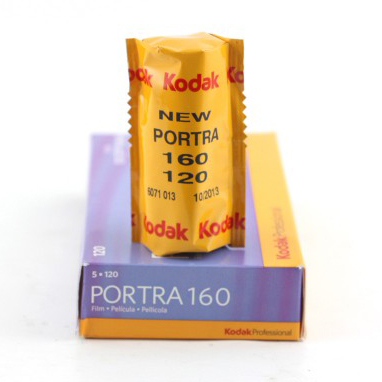 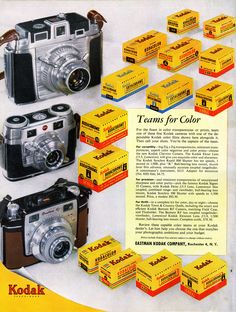 The camera and camera lens systems evolved with photographic plates and film. The f/stop system, is based on a doubling or halving of the exposing light. The goal of the film and equipment maker is to allow the user to make a faithful image. Photo materials do deliver a faithful image when they are properly exposed however it is rarely necessary to hit the exposure spot on. Film makers strive to make film according to a recipe that delivers the published sensitivity (ISO) but manufacturing disparities are always present thus the goal is to deliver a film that is + or – 1/6 f/stop. Often the real target will be 1/3 f/stop.

Same with the shutter speeds, these are stopwatch type escape mechanisms. The between the lens shutter must open, stop, then close. The efficiently is not quire 1/3 f/stop. The focal plane can be highly efficient; it is only required to make a smooth pass over the focal plane. The accuracy of the slit width is better than 1/6 f/stop.

Film developing is a chemical process effected by time, temperature and chemical strength. The best a precise laboratory can maintain is 1/6 f/stops.

We add all these variables together and the likelihood of an accurate exposure + or – 1/stop is not good. Fortunately all films have latitude. The beauty of the positive / negative system is: exposure errors made in the camera and via film processing can be offset by adjusting the print exposure an or the type of paper and its processing. Bottom line, it was not necessary to make the exposure spot on. The slide film had less latitude. Later models of lenses and cameras attempted to provide ½ and 1/3 stop adjustments.

I managed a plant facility for many years that made test films, both negative and slides and prints. These were that were used to calibrate high-speed photofinishing printers and film processors. Our goal was 1/6 f/stop or better, it was daunting.

156
What is the "exposure triangle"?
9
How did film photographers deal with issues around dynamic range?
9
What motivated lens makers to now use 1/3 f-stops rather than say 1/4 or 1/2 stops?
1
Do I have to be in focus to get the exposure right?

7
When determining exposure, is ISO typically taken into consideration secondary to aperture and shutter speed or is it equally as important?
2
Differences between DSLR and DSLT?
4
What caused excessively high grain in Delta ISO 400 film developed by a shop?
7
Is analog gain really actually power-of-two only?
3
Why is actual exposure changing as I go from one extreme to the other in aperture priority mode?
2
If I want to get the effect of overexposure from pushed black and white film, do I add even more time in developing?
0
Does Av mode apply any in-camera software push-pull (Canon 6D)?
3
How can I get consistent exposure while allowing aperture changes on Fujifilm X-T2?
4
How would I manually compensate +1 stop on my light meter using the ISO setting?