What is the advantage of a lens with a curved focal plane?

In this answer it is noted that:

many lenses intended specifically for portraits or fisheye lenses, are designed to have a spherical field of focus

What advantages does having a spherical (or otherwise non-planar) field of focus give a lens, excluding that it's probably cheaper to design/build a lens with less correction?

The distinct "look" it provides. In addition to adding more pleasing bokeh blur to background objects near the edges of the frame, it also allows objects on the periphery that are in the same plane as the subject when that plane is perpendicular to the optical axis of the lens to be blurred as well, although not to the same degree that background items can.

Some folks want it, especially in portrait lenses where the edges are usually intentionally blurred. Some folks, such as those that do flat document reproduction or macro work, don't want it and prefer a flat field. You pay your money and you make your choice.

Here is a typical image linked at Flickr. In all honesty field curvature vs. flat field wouldn't matter much with this one because there is nothing near the edge of the frame that is in the flat plane perpendicular to the optical axis of the lens at the subject's distance. Here's another. See how the parts of the bench in front of the model but nearer to the edge of the field of view are as sharp as the point of focus while parts of her arms that are the same distance as her face from the camera aren't quite as sharp? Also this one (where the flowers in the same flat plane as the point of focus in the middle but near the edge of the frame are blurrier) and this one (in which the items at the edges are not as sharp as the items in the center, even though all are in the same flat plane that is parallel to the camera's sensor).

Notice that in this one even the raindrops that are the same distance from the camera as the subject are blurred away. In this one the railing in the lower left that is nearer than the main subject is in focus and demonstrates the shape of the front focal plane that is a portion of a sphere.

In contrast, notice how the EF 100mm f/2.8 L IS Macro maintains a flat field of focus all the way to the edge of the frame. It is demonstrated in this one by the tree along the left edge. The subjects hair on the right in this one shows the flat field. With this one, the flat field of the EF 100mm f/2.8 L IS Macro made the shoulder in the lower left of the frame as sharp as the subjects face. If a lens with field curvature, such as the EF 85mm f/1.2 L II had been used instead, the shoulder would have been slightly softened and perhaps would distract less from the subject's face. The same could be said for this one.

Update: The two photos included in this question are perfect examples of the types of shots for which a lens with uncorrected field curvature would be useful. 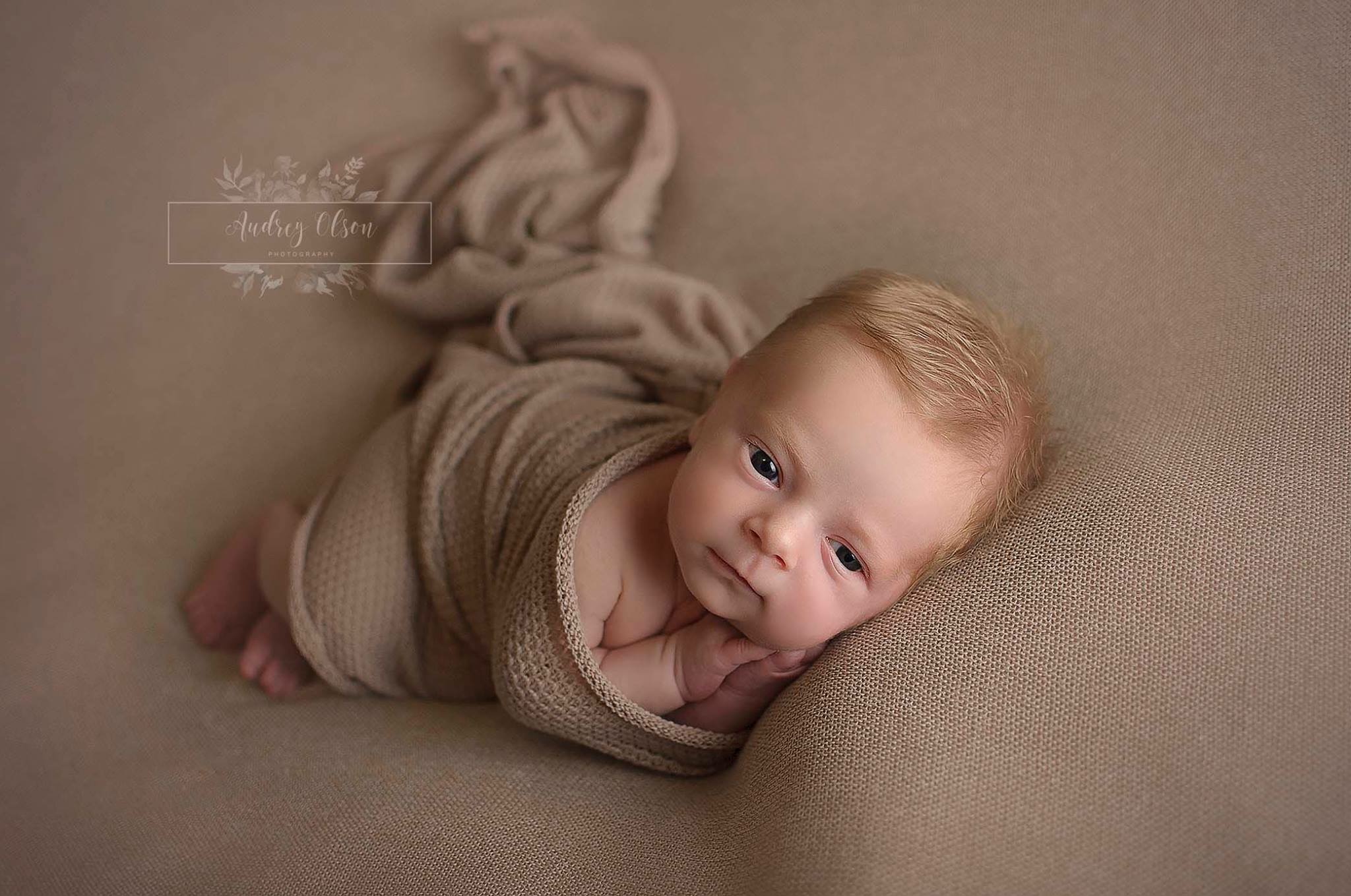 Theoretically, if you "focus and recompose" to keep a specific point of interest in focus - the eyes in a portrait, for example - only a spherical field of focus will keep the focus where you intended. If the field of focus is flat, recomposing will cause the focus point to move behind the point of interest. The further away from the initial point of focus the camera axis moves - the greater the focus error.

Whether this effect would be discernible in an image would depend on distance to subject, depth of field, focal length, lens quality, etc., etc. 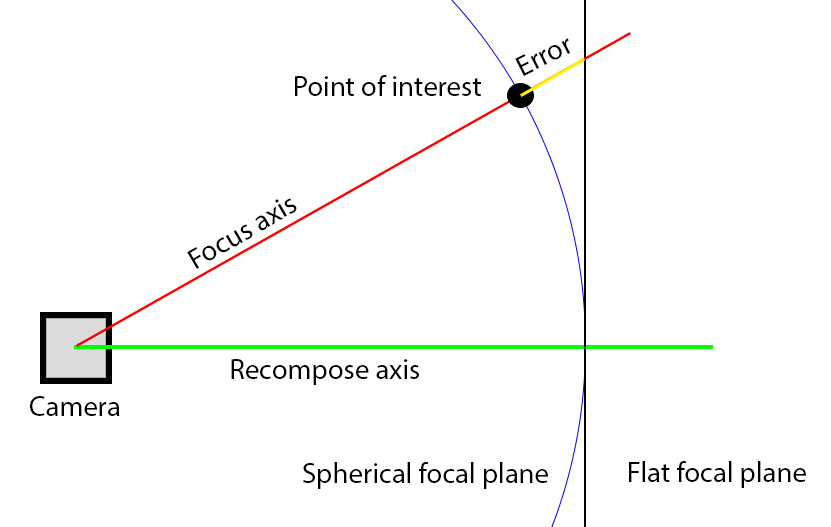 Fisheye lenses are their own can of worms because they also feature extensive intentional optical distortion, but as to portraits the answer is as simple as depth of field.

If the plane of focus curves toward the camera (away from the background) toward the edges of the image, then the background will be thrown further out of focus, giving more isolation to the subject.

Of course the limitations are (a) obviously that this can be a severe disadvantage for many other types of photography and (b) more specifically, that you have to put your subject in the dead center of the frame (though most cameras these days have plenty of resolution for photographing the subject dead center and just cropping however you want).

The typical camera lens is optimized to obtain a superior rendering of the different planes of the image, rather than being optimized to image a single plane. In other words, image a 3 dimensional vista and project that image on the flat surface of film or digital image sensor. Conversely, the graphics industry uses “process” lenses for copy work. A process lens is optimized to image flat to flat. The enlarger lens and the micro lens are also optimized to image flat to flat. In the case of the macro, most subjects for close-up imaging are shallow as to their depth. We are talking coins, postage stamps and the like. Thus the macro is likely optimized flat to flat. On this subject, a standard camera lens is often limited as to how close it can image. We mitigate this by using extension tubes or rings or bellows. These attachments allow close focusing. Additionally, we can reverse the standard camera lens, pointing the back side at shallow subjects. This technique yields improved crispness. This is because the back focus of the standard lens is optimized to work on a flat surface.

Not the answer you're looking for? Browse other questions tagged lens-design field-curvature or ask your own question.

31
Why would I want to select an autofocus point?
16
Should I use a 100mm Macro lens as a portrait lens?
27
What is the shape of the focal plane?
15
Is it better to start out by buying a cheaper body and more expensive accessories?
20
How do I "focus and recompose" using spot metering?
6
Why is the Tamron 90mm 2.8 marketed as Macro and not as a "portrait" lens?
1
What should I charge for photography as an amateur?
3
Why would I need a portrait lens if I have a telephoto zoom lens covering the same focal length?
4
Why am I getting blurry images with a Sigma 35mm Art and Canon EOS 77D?
4
Does a macro lens have a smaller DOF in 'real-world' distances at the same focal length and aperture as other primes, why?
See more linked questions

15
Why aren't lenses designed with extra large apertures for autofocus beyond what's used for imaging?
9
If the focal plane is curved, should the outer AF points work correctly or front-focus?
14
What are the use cases of a Petzval lens?
1
Could a phone-camera have a medium-telephoto lens and still fit in a phone?
9
Is the focus plane of a fisheye lens inherently curved?
27
What is the shape of the focal plane?
5
Why do zooms have small apertures even around 50mm?
3
What focal length make compact lens design easiest?
0
In general, should I expect better image quality from a 24-70mm f/2.8 lens than from a 24-105mm f/4 lens?
14
How would a curved sensor change camera and lens design?