Why are some portraits so sharp and others not

I often see extremely beautiful and sharp portraits like these:

I was wondering what makes them so sharp and beautiful: 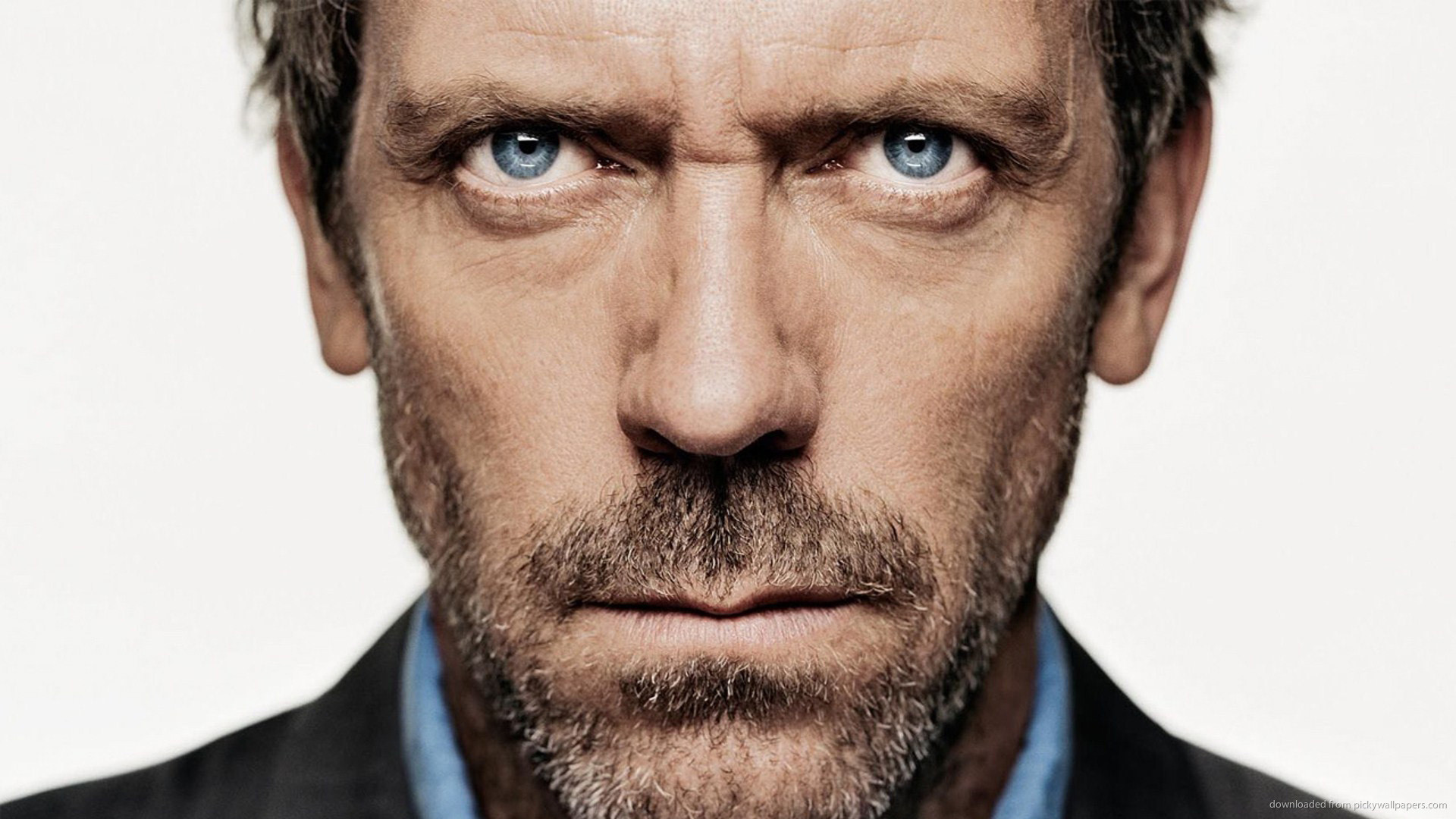 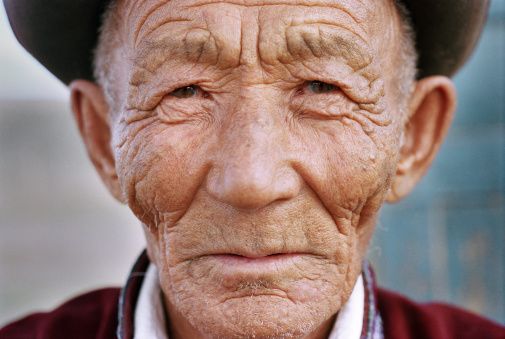 To a certain degree, yes. A camera with better UI allows you to explicitly control things like the ISO setting, focus point, aperture, and shutter speed for what you want.

In the first shot, yes. In the second shot, it's more about making the most of the light that's there. Adding more light to a scene can allow you to use a lens stopped down, which gives you more DoF and is probably closer to where the lens performs well. In the second shot, it may also be a really good lens, which is not something you've considered in your list.

But mostly, if you light well, you can control the placement and quality of light to get a specific mood and look in an image.

Again, yes. Knowing how to properly sharpen without creating artifacts can also help a lot.

No, not really. Or the kind of luck that a photographer learns to make for themselves by being ready when the great image comes along or to stick with it until you make that image happen no matter what (have you stopped and made a stranger pose for you, today?). Portrait photography is about people. So you have to know how to interact with and connect to a subject. Not to mention getting their permission for you to point your camera their way.

You have to know your camera, know your settings, and be able to make the opportunities to take the shot. If you can't do that, then you'll always be "unlucky". They say it takes 10,000 hours of practice to get competent at any given skill. The photographers who took those images have probably got more than twice that time under their belts.

Get a decent camera with RAW, full Manual (M) mode, and a flash hotshoe. If it has an interchangeable lens mount, get a portrait lens for headshots; a 50e or 85e f/1.8 prime, maybe. Get a RAW conversion application for your computer; learn to shoot RAW and post-process. And learn to light (also to deconstruct lighting of images you see). And put in those 10,000 hours. And work on those people skillz. That's probably all in reverse order of importance.

In all honesty, what will make greatest difference to sharpness of your photo is:

You can have great lighting and great focus on a cheap intro camera and not get the detail you're after.

You can have great focus on a top of the line SLR + lens combination but produce a grainy shot because the lighting is not bright enough.

Keep your ISO as low as you can - best done with great (bright) light stopped down. Don't try and pull magic shots out of darkly-lit scenes. Seriously, bright lighting is key.

No. Any recent DSLR like camera can do it, even MFT.

Yes, good light is key-essential in any photography, this is no exception.

Yes/No, post-processing of RAW files yes, but it can be done in camera as jpeg files - but that's kind of a PP as well.

Nope,skills more than luck, although anything can be done by luck. Luck doesn't consistently give you great tact sharp portraits, only skills can do that.

Here is one tip for sharpening without looking fake in post. Duplicate the layer in PS. Go to Filter > Other > High Pass. Set it to lightly show the edges only. Apply it and set that layer to Overlay, Use opacity to control how much you want to sharpen the image.

Honestly a long focal length lens depending on how tight of a head shot on even a APC sensor can produce amazing results. The trick really is to match the focal length to how tight you want the headshot. The images you linked, looked like it was shot with a 105mm fairly wide open as the fall off of the focus is around the ear range. If shot with say a 85mm F/1.4 at the same distance, the fall off would probably be closer to the edge of the eyes.

Sometimes, if you are working with a fixed focal length and you don't have the appropriate focal length to get the depth of field you want, you can shoot closer in or further out and crop to get the composition you want.

For example, in the images you linked, my assumption was that it was shot with a 105mm F/1.4 - but if you only have a 85mm F/1.4 - you can shoot a little further away, with a looser frame, then crop in to the same look of the 105mm and get a similar depth of field and composed image. 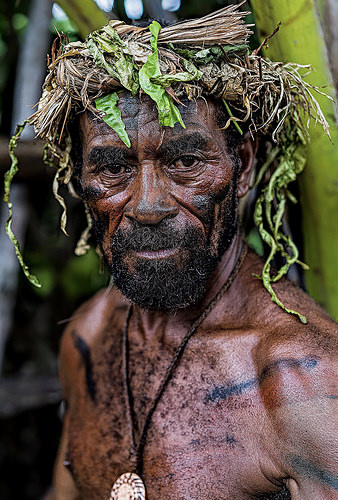 Because of the focal length, I had to shoot at this distance to get the sharpness I wanted, but I can crop in to get a face headshot.

Well, in photography it's camera, scene setup, and lighting. Now others have extolled the virtues of f:1.4 prime lenses and full frame cameras. So let's throw in a more modest example (I set it up yesterday in the kitchen): 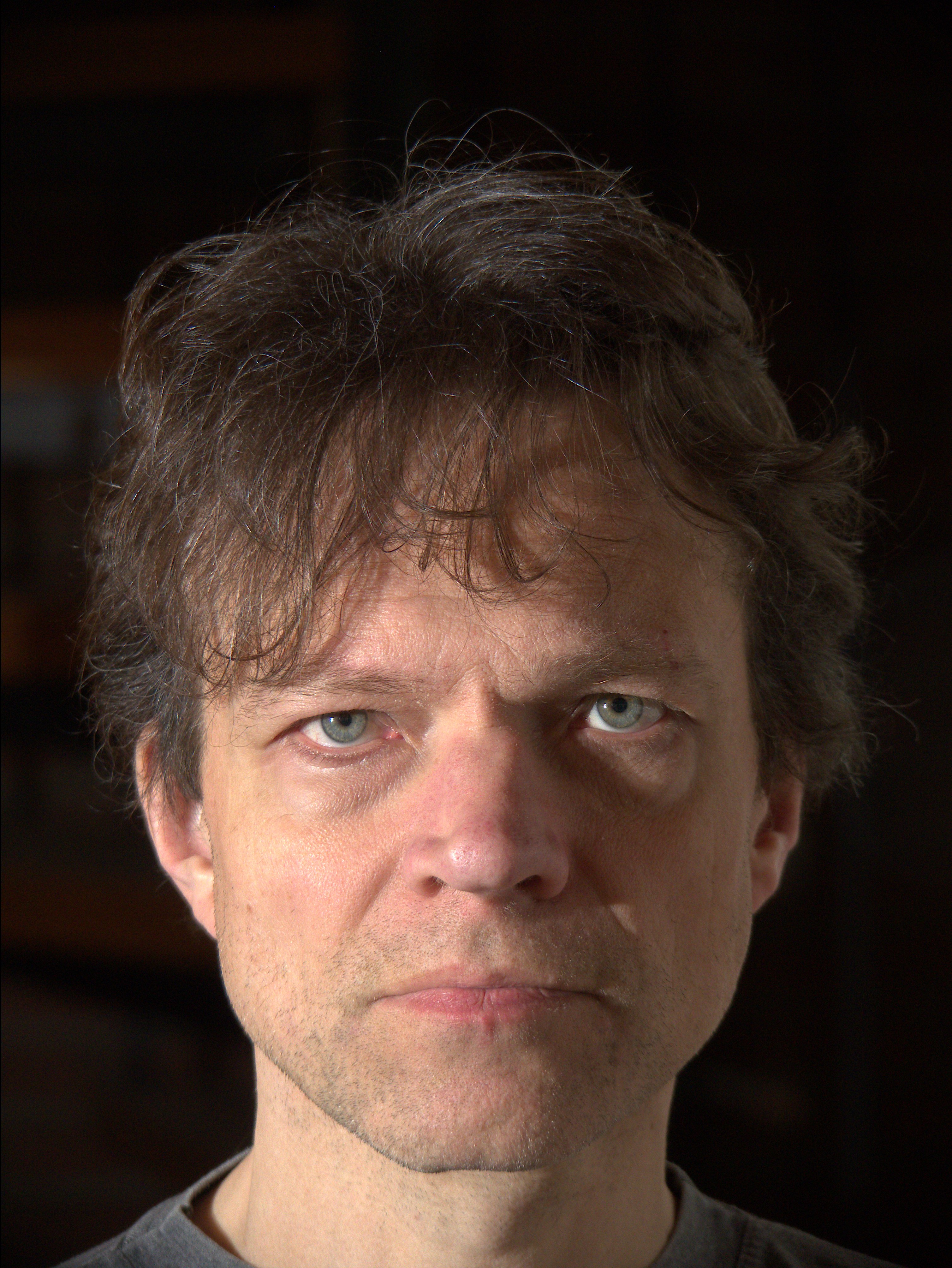 . This is a small sensor superzoom camera from 2012. The out of camera JPEG was too big here, and further compression would have rendered the background more mottled so I decided to work from the raw image in Gimp, applied some modest NL filtering (optimal estimate and edge enhancement) in order to tone down the shadow chroma noise a bit without losing too much detail, then sharpen with some threshold and rather small radius to get somewhat more presence in those areas that were in focus without much effect on already blurred parts. The small sensor shows in the remaining background chroma noise in spite of ISO100 but it's rather uniform and thus unobtrusive.

This camera can maintain an f:2.8 aperture throughout its zoom range which helps. I actually added an 1.7x tele converter: this can conceivably help with bokeh by keeping the camera zoom smaller and with larger aperture values. Of course, this camera already has constant maximum aperture across the zoom range so this is not a consideration here. It was necessary since otherwise the zoom level would have made it impossible to focus in the kitchen (too close). It also has some slight image quality deterioration on the outside which helps drawing attention to the center.

Now the important thing here was lighting. Instead of setting up a whole lot of lighting, it is much easier to use a flash that will dominate the scene. To get shadows, the flash cannot be on-camera (on-camera flashes are prone to red-eye, too). So the flash has been set up with a wireless flash remote. The whole setup looks like the following: 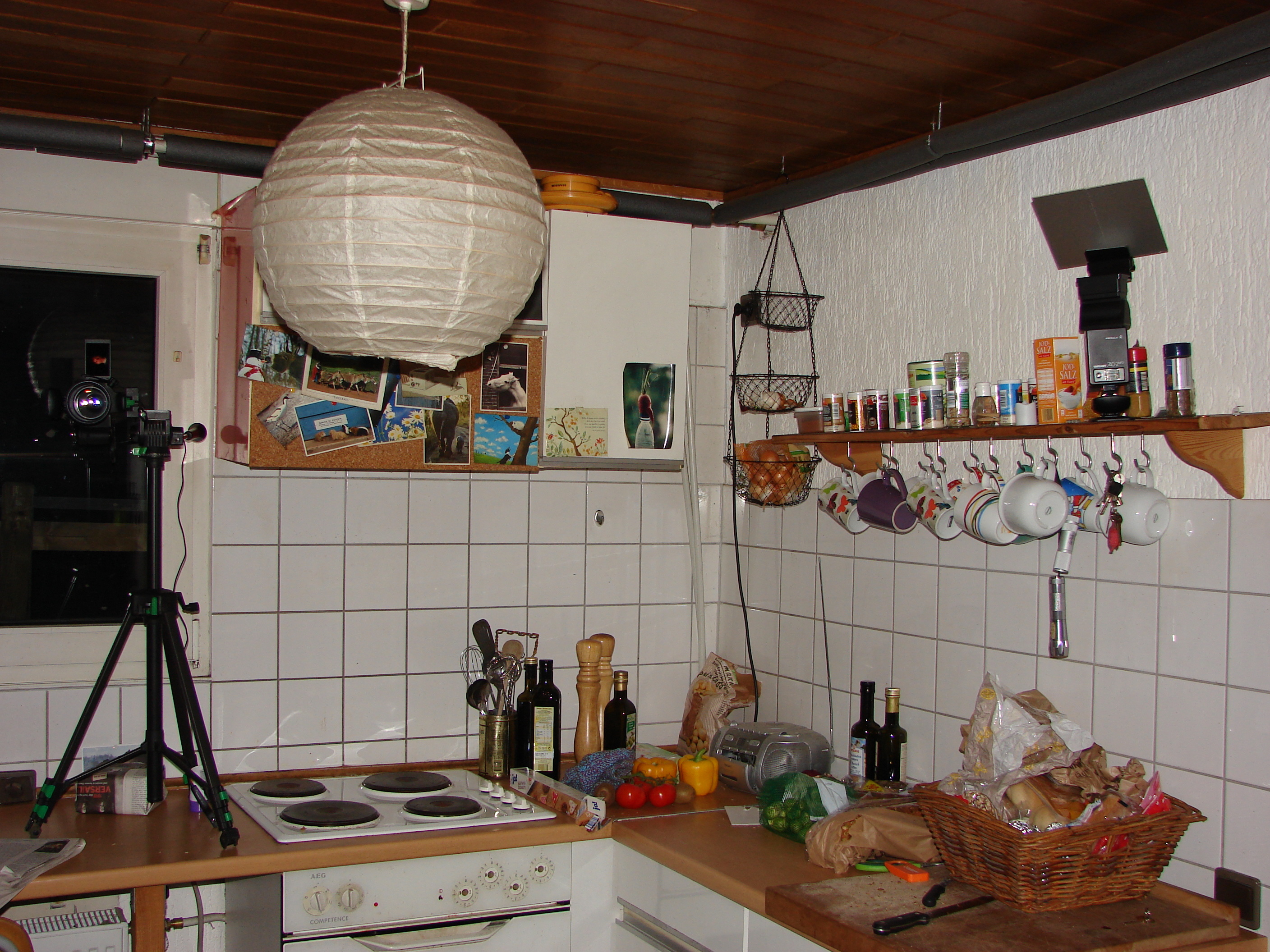 You can see the camera on a tripod on the left. It has a fold-out screen which is important for framing (annoyingly, when you flip it to the front, the screen is rotated upside-down which is the right thing for landscape and totally annoying for portrait mode. I want a firmware update, Panasonic), it has a 10-sec self-timer. The remote is not really necessary here but makes handling easier. What is important is that when you press the trigger fully without a prefocus half-press, the camera will first count off the self-timer, then focus and shoot. Otherwise you'd have to use manual focus and focus on some dummy, and standing exactly where you focused is really hard. But that's just for selfies, of course.

The flash is off-site and mostly works via a reflective flash card mounted to its top. There is a white cupboard on the subject's left side that takes some reflection to the shadow. Here is a view more or less from where the subject stands: 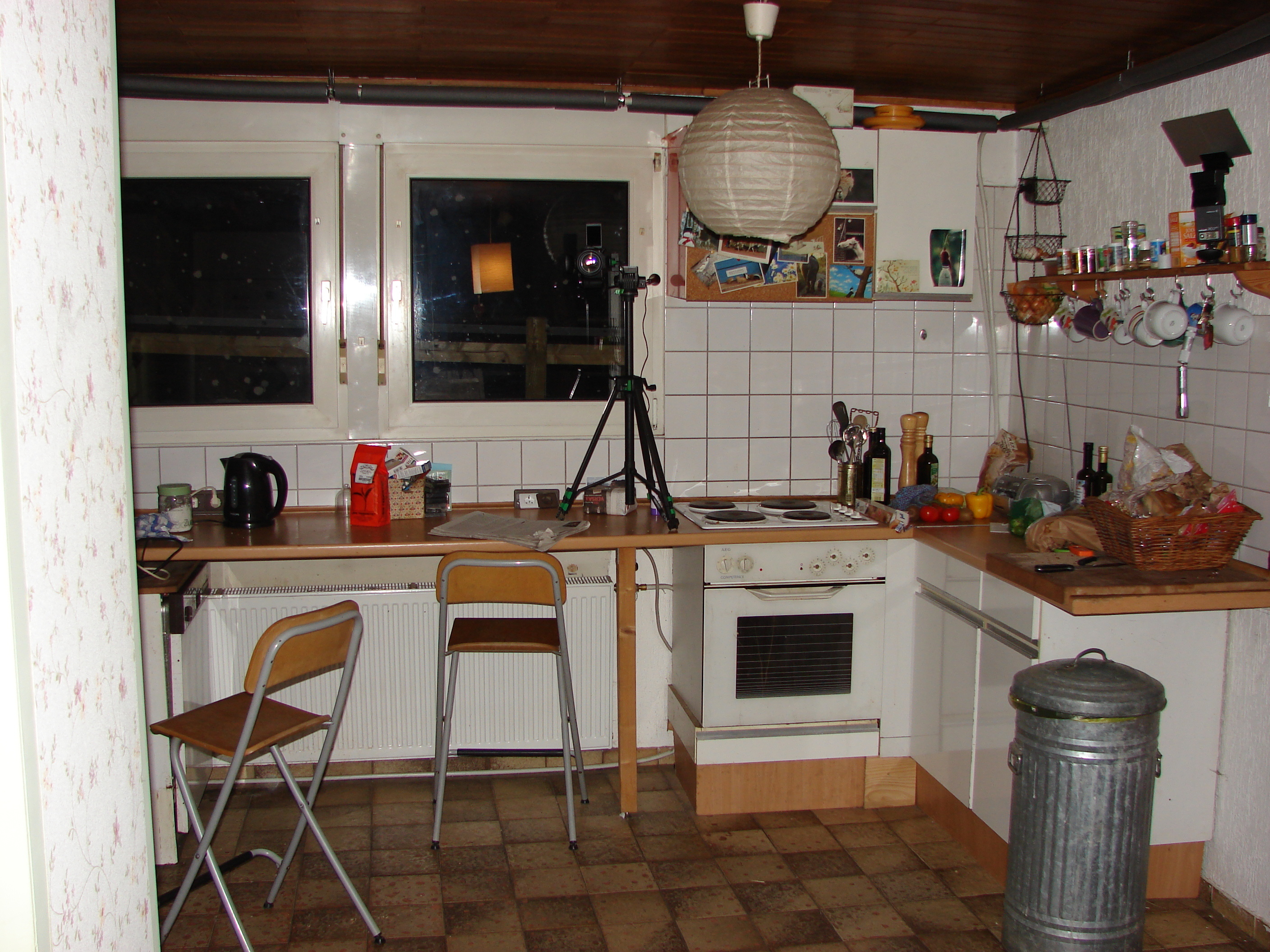 So there you are: small sensor, no studio, lots of crud, but with reasonable aperture and considerable zoom in and a detachable flash (this is an old analog flash with a reasonable number of manual and "computer" settings) and a remote flash trigger you get a reasonably sharp portrait before reasonably defocused background in spite of no white wall being readily available (bed sheets are usually pretty workable in a pinch).

Of course, one thing is obvious: with a sharp facial photograph, basic skin preparation and eye makeup would be no luxury either.

Not the answer you're looking for? Browse other questions tagged portrait technique sharpness shooting-technique or ask your own question.

23
How do you get the eyes extremely sharp in the photo?
10
How can these photos by Martin Schoeller have such a high quality?
0
Sharp focus photography with APS-C

9
How to get this colorful look in a landscape photo?
34
What do I need to get photos with a unifom black background (not with post)?
23
How do you get the eyes extremely sharp in the photo?
6
How can I achieve this effect, where the flower is sharp and everything else is blurry?
27
How to shoot extreme macro shot of an image formed on a water droplet?
8
What is ideal distance to subject for head and shoulder portraits?
3
Sharp, in focus portraits - analyse an example please
2
What kind of lens to use to get sharp images of people from a distance?
4
Why my DSLR is not as sharp as my smart phone?
2
How to stack focus so that both the background and the subject are sharp?