Can photographic composition rules be used in cinematography?

We all know that photographic composition has certain rules like the rule of thirds, diagonal lines, etc. I am wondering whether those same rules can be applied in cinematography. Can they?

I discussed this with an artist in my lab and he said they can be applied. His argument was that a film is no more than a set of shots, so a rule applied to a film will have a similar influence to when it is applied to a shot.

I am kind of hesitated to accept that argument for two reasons. The first is that many of the composition rules in photography have been established based on the assumption that we have to understand the scene through that single shot. For example, aligning an object with the diagonal lines of the shot gives the feeling that the object has some movement or dynamism. But in a film, it is easy to see the movement/dynamism in any object, simply because we can see how it moves. So where does the diagonal lines rule stand in this?!

Second, because in two of the books I have about cinematography, I didn't find any of the photographic composition rules.

So again, can photographic composition rules be used in cinematography? If not, is there any suggestion on how to integrate with minor modifications?

Absolutely they can. My roommate in college was studying film, and in the classes on cinematography they taught about compositional rules such as rules of thirds, etc. The fact that the picture now has motion in it doesn't negate how we emotionally process a picture. The feeling of dynamism is enhanced when the camera is moving diagonally along a road that is also diagonal through the scene. The same as the fact that the same effect is minimized when the movement is horizontal.

Essentially, in cinematography you have a few more compositional tools available to you. There are two classes of shots:

The static camera cases can directly apply the rules of photographic composition, which we in turn stole from the art community. If you pay attention in most of the major films, you will rarely if ever see the speaking actor's head centered in the middle of the screen.

The moving cases will provide some new compositional rules to apply, but the basics don't change. In fact the static compositional guidelines provide a good framework to plan out moving camera shots before investing the film to see if they work out.

A couple more thoughts about cinematic composition: I've seen movies where the diagonal was used for the path of actors. For example battle scenes where two armies are clashing, and you can see the line of soldiers. In other words, the action can be placed on the "power lines" that we might use in static composition. The camera is still stationary, but the movement in the scene is more grand.

Also, when you consider musicals and dance movies, that is where all the cinematic composition stops get pulled out. We've all seen the aerial shot with the dancers making patterns on the dance floor. That's using the compositional technique of repeating shapes to lend more interest applied to moving objects.

What I'm getting at is that while we photographers have to capture everything in one shot and imply the sense of motion, cinematographers are not limited by that and can actually capture motion. The rules of composition can help with the staging and planning of the scenes. It's not uncommon for directors to take input from their top cinematographers, knowing that if it doesn't look good on film people won't watch it.

There are definitely some differences, but there are some similarities. Among them are:

There is alot more tools available, and as a result, cinematographers tend to focus on different elements than photographers, but many of the same rules still apply.

Whereas there are many rules that only apply to cinematography because of the addition of motion, dialog, and story (not that photography can't tell story, but cinema can generally tell more lengthy and complicated stories). Examples of rules that apply only to the discipline of cinematography include things like:

The really interesting thing is that in photography if you have poor composition, the picture will simply stink unless it contains something so compelling that it overcomes its lack of composition (tabloid photos are an example of lousy composition, but compelling content which allows people to 'forgive' the photographs shortcomings). In cinema there are plenty of directors who completely ignore the rules of composition but get away with it because they craft stories that are compelling enough that it often doesn't matter that the shots aren't very interesting. (See the collected works of Kevin Smith for examples of inept composition... But they keep giving him money because people spend money to see the stories he tells...)

The really great directors, on the other hand, are masters of the storytelling craft and the craft of composition. You can watch anything by Scorsese, Tarantino, the Coen Brothers, Capra, or Fellini (for example) and see composition in every single frame of their films and how it adds immense depth to the storytelling...

They using it always. Of course not all directors/directors of photography, but for example Spielbierg movies. Near all scenes using rule of third and/or golden rule. Simple tricks always works. Rule of third, three plans etc. Here samples, not "pure" rule of third: 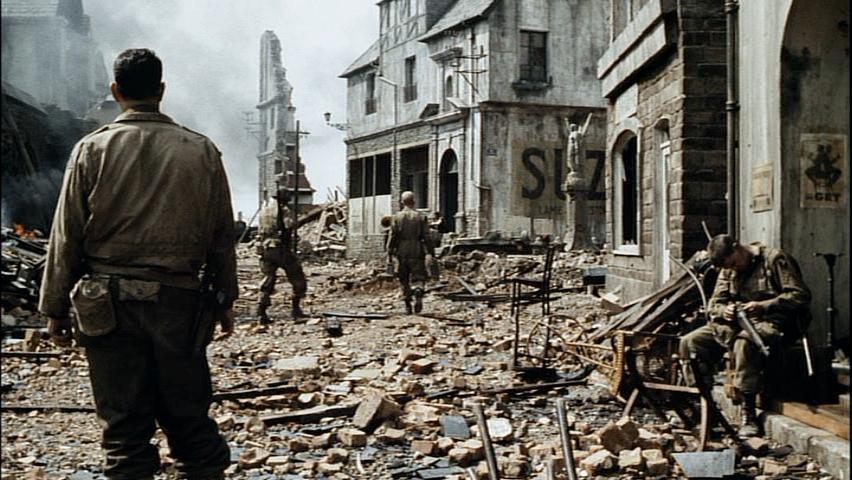 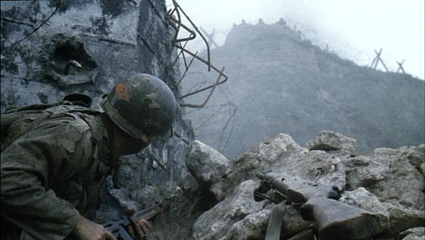 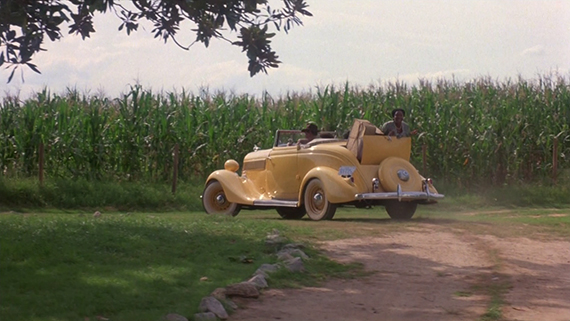 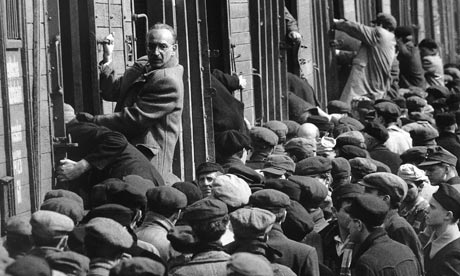 Just few random samples from the web. He always using same tricks as you see, but doing it great.

Not the answer you're looking for? Browse other questions tagged composition film cinema or ask your own question.