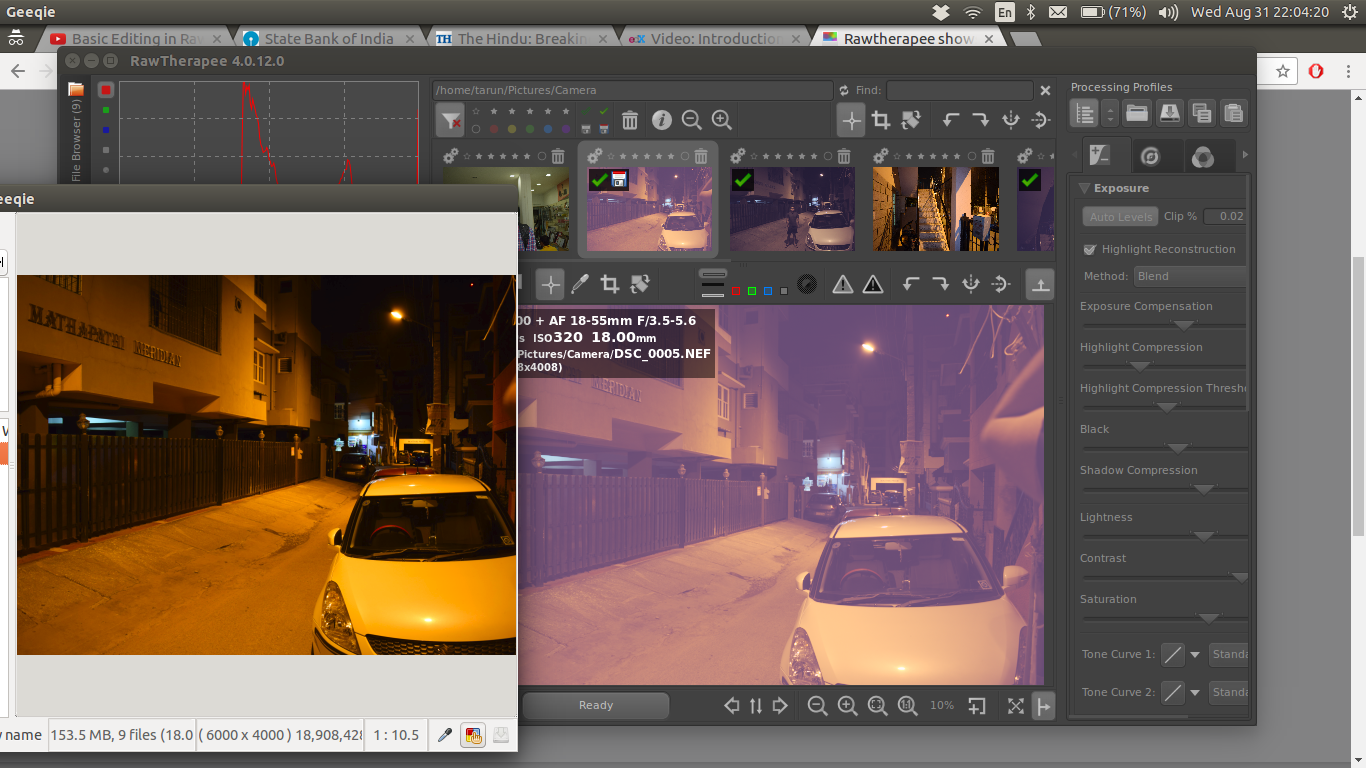 On left side of this image it shows the raw image opened with geeqie and on right hand side same raw image opened with rawtherapee. Geeqie showed me exactly the same way as I see in the DSLR preview after capturing the image but rawtherapee shows me brightened picture. Can you please help what's happening here and how can see the same image as I see in preview of camera and geeqie?

I got into new trouble, now my image looks so dark, I know there is problem with my settings, can someone please help me understand what's happening here? 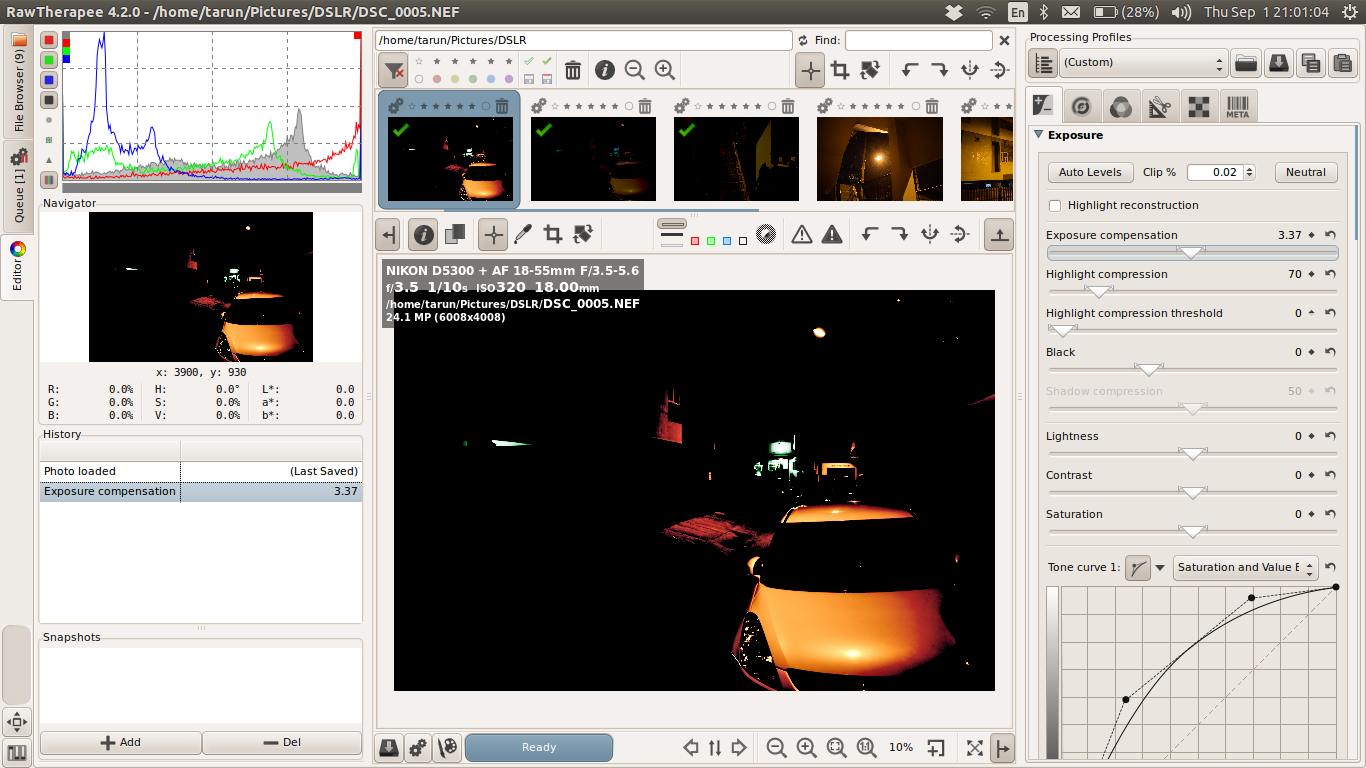 Note: Both are same raw images opened in different applications.

When a program displays a RAW image, it must map the full range of pixel values storable in the 16-bit raw to the lower bit levels (typically 8-bit) which can be handled by your computer and screen. It doesn't necessarily do this with a linear transformation, it will apply a "base curve" (sometimes called something different).

In your case, it looks like RawTherapee is using a different base curve to the other applications, I'm not familiar with RawTherapee but most raw applications will have default base curves for different camera models - it might be that it doesn't have a default for your model of camera.

In the specific case of geeqie it is not applying a base curve itself, it is using the embedded preview image that your camera writes into the RAW file - which explains why it looks exactly the same as the preview on your DSLR.

how can see the same image as I see in preview of camera and geeqie?

By using the software that came with your camera to convert the raw file. Only this way will you be able to get the proprietary raw conversion that's happening in your camera (or at least very close to that).

Don't threat image from RAW file as a "photo". Everything is subjective and there is not one good representation of RAW image. Every device or software has its own way to process them into bitmap.

12
How can different RAW converter programs give different results?
14
How can I reproduce the camera-internal postprocessing?

3
Why do my sRGB exports from Lightroom look different from RAW files shown in the program even though my monitor can only show sRGB?
0
What corrections does MS Camera Codec Pack apply?
1
Why does raw to jpg conversion differ in different editors?
4
Why is my Canon Raw preview a much smaller filesize than high-quality large, despite little difference in image?
0
How do I open and edit a RAW image from a board-mounted CMOS sensor?
3
Why are histograms in Entangle and RawTherapee so different?
3
How can I edit this photo in RawTherapee to increase the details in both the subject and the background clouds?
1
Is there a way to repair corrupt raw files? (RW2 and NEF) The data seems to be there, but it is in pink and at different places