Do I need a different lens to get the faces of the players...some come out dark? I am shooting mostly on sports but sometimes Manual, otherwise photos are good. Not using flash.

Darkness is a matter of exposure. You cannot use the flash because players are too far for it to reach and, if it would, it would probably be disturbing to them.

While you can increase exposure or manually set it to get the desired brightness, this will force you to either increase ISO or decrease shutter-speed. Higher ISO means more noise and slower shutter-speed means blurry movement, which is usually undesirable for sports in general, other than for some artistic shots depicting movement.

What you can do is get a better lens. Mostly a brighter lens. Towards the telephoto end of the zoom, the lens you have has a dim F/5.6 aperture. Instead look for at least an F/4 lens, even F/2.8 if you can afford it. This will let in much more light, 2X and 4X respectively, and let you keep a high shutter-speed while getting a better exposure.

Canon has many prime lenses from 200mm to 400mm with F/2.8 or F/4 maximum aperture, although if you are shooting fast movement, a zoom makes it much easier to frame. Their 200-400mm F/4L is fantastic. You can also consider a third-party lens like the Sigma S 120-300mm F/2.8 DG OS HSM. It should be very suitable to your situation given its range and bright aperture.

Do I need a different lens to get the faces of the players...some come out dark?

You may, you may not. A lot depends on how you've got your camera set and the lighting conditions you're shooting under. A 75-300 III might be sufficient if the field is well-lit, and your issue may simply be that faces are in shadow from placement, and you have to watch for that and shoot only when the light is right.

It could also just be a matter of increasing your ISO setting. The biggest weaknesses of the 75-300 III are softness at 300mm, the slow max. aperture, and that it requires being stopped down at the long end into the f/8-f/16 range to be reasonably sharp. If you're underexposing the entire image, you just have to find a way to increase exposure. But if you're shooting wide open, have maxed out your aperture settings as far as you're comfortable with, and going any slower on your shutter speed would create unacceptable amounts of blur, then you probably need a faster lens (i.e., one with a larger max. aperture, such as a 70-200 f/2.8 or 300mm f/4).

It could be a matter of how you've got your metering set--particularly if one of the teams is wearing white uniforms. If you're using spot metering, maybe you're aiming at a target that's brighter than the faces, or missing the faces, if that's what you want to base the exposure on. Consider switching to center-weighted if you're not great at drawing a bead on a moving target.

It could be that you've accidentally dialed in exposure compensation and haven't realized it. If you're unused to shooting in Manual, you may not be used to checking where the "needle" is on the meter, or shifting it by adjusting your settings. You may want to consider using Tv mode instead of M.

I'd check your settings in EXIF, and seeing whether or not you're pushing the limits of your gear before considering getting a new lens. But I'd also say that it's very likely the 75-300 III may have too small a maximum aperture as well as not-great autofocus performance that might make a new lens an attractive prospect.

When shooting action/sports under the lights at night there's no substitute for a wide aperture. This is especially true in smaller high school stadiums that usually also have dimmer lights.

When shooting high school football from the sidelines I find a shutter time of 1/1000 will freeze most player motion unless they are right in front of the camera going side to side (as opposed to moving towards or away from the camera). 1/800 will start showing blur in the feet and hands. 1/500 is the longest speed I ever try to use, but it results in a very low keeper rate as there will be a lot of motion blur in many of the photos.

One of the ways of dealing with the noise when shooting at high ISO in dimmer light is to save your files in raw format and judiciously apply noise reduction in editing before converting to jpeg. This will reduce the maximum number of photos you can take in a high speed burst before the camera's memory buffer fills while waiting to write the image files to the memory card.

The other thing you need to be concerned about is the lights you are shooting under. Stadium lighting in the U.S., where the alternating electrical current is 60hz, typically flickers at 120hz. In countries with 50hz alternating current they typically flicker at 100hz. What that means is that the lights are constantly getting brighter and darker 120 times per second. Our eyes can't really see the difference, but our cameras sure can. Because of the way a DSLR exposes the sensor as a slit between the two shutter curtains makes its way across the frame the entire sensor is not exposed at the same time. The faster the shutter speed used, the more noticeable the effect of flickering lights. Not only will the brightness of the lights vary by as much as two stops or more from peak to dimmest, but the color also changes. (Hey, no one ever said shooting sports under artificial lights was easy.)

There are a few cameras that measure the flicker of such lights and time the shutter to always release when the lights are at their peak. In an answer to another question the problem of light flicker was discussed as an example of when upgrading a piece of gear makes sense. Even if you can't consider upgrading at this time, there's a lot more detailed information about the issues associated with flickering stadium lights. 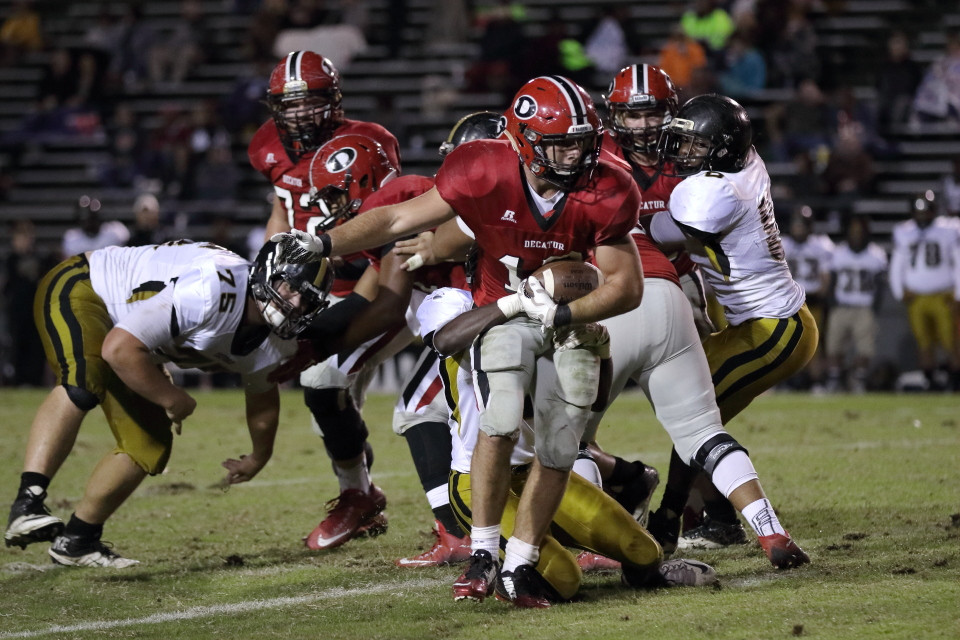 Before my answer, some context and example. 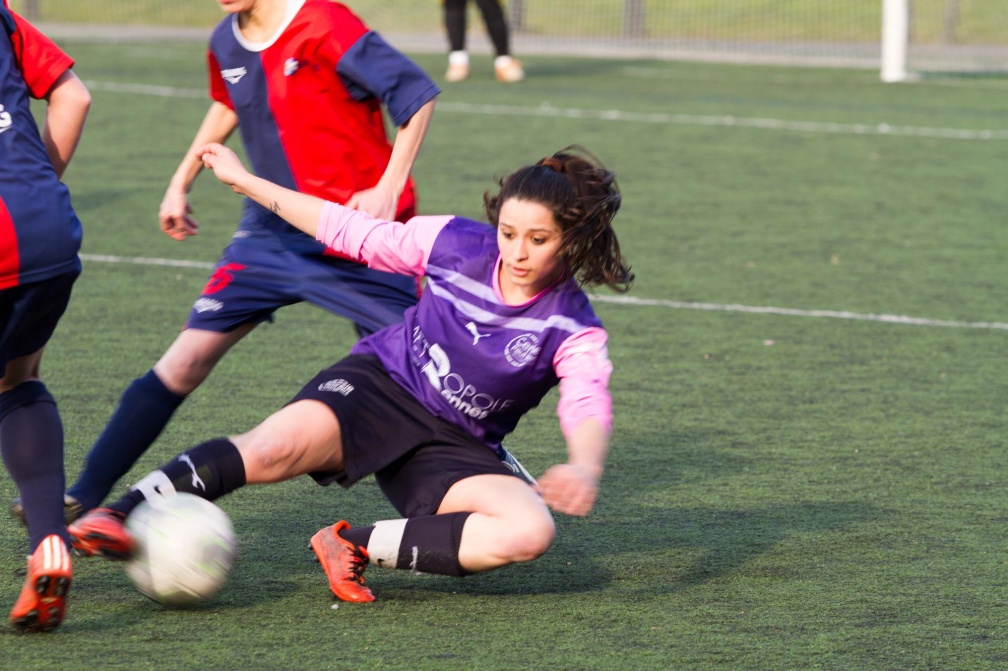 It's not pro soccer and I usually can get almost everywhere around the field. Even in those conditions, 200mm is a little short to capture 1 vs 1 actions when players are on the other (shorter) side, I have to crop in post. Here is an uncropped picture taken from afar at 200mm. 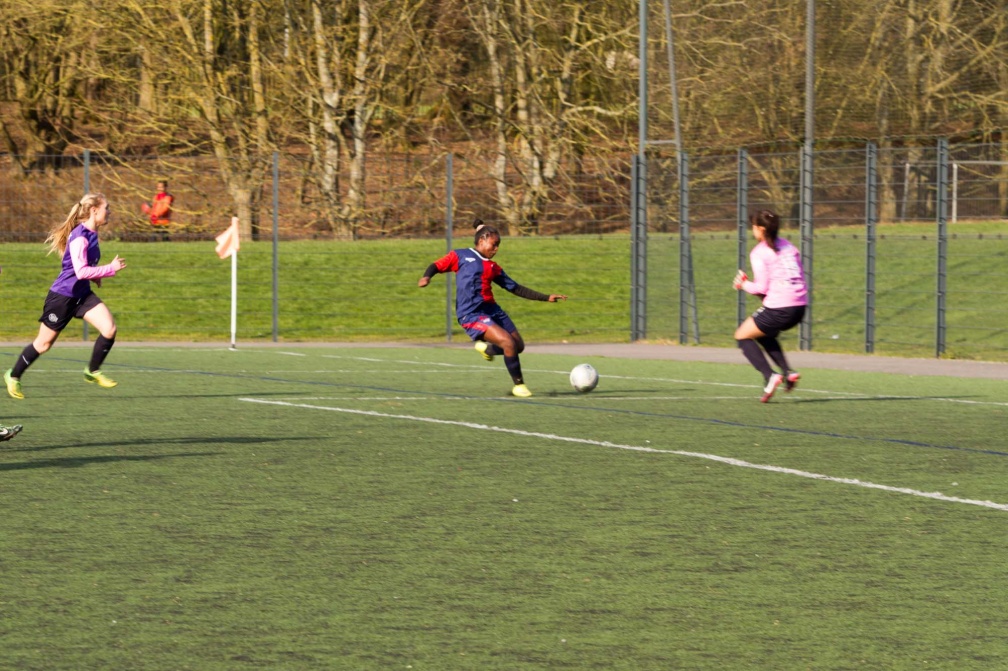 So if you want to get nice portait, the player have to be close enough, probably about 15 meters or closer.

Now, back to your question.

When shooting at night, even at 3200 ISO & f/5.0 (the best aperture for your 75-300 III at 200mm), your shutter speed is probably going to be too slow to get crips picture if the player is close enough for a portrait and running : your shutter speed will probably be lower than 1/60 and motion blur will make its magic. In my opinion crisp enough portraits in action will be very hard (borderline impossible) to get with a crop body and this lens. Well, you can probably increase ISO to 6400 or more but noise will increase a lot (maybe not as dramatically as my 7D).

What might be easier in low light for portrait is taking shoots of players moving relatively slowly : those observing the actions, demanding the ball or maybe suspended in the air. 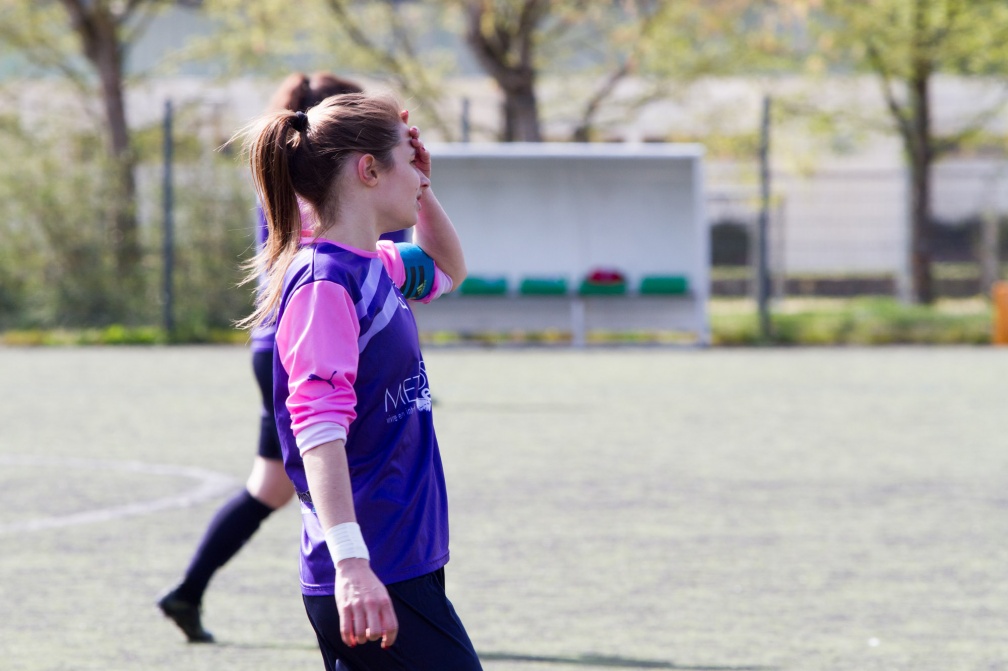 As other suggested, you could try/rent an affordable wide lens, such as the 300mm f/4.0, and see if it is better for you. If not, you wil probably need a FF body, something like the 400mm f/2.8 and a rich person needing one of your kidney...

Not the answer you're looking for? Browse other questions tagged night sports canon-650d or ask your own question.

21
When should I upgrade my camera body?
25
Is it really better to shoot at full-stop ISOs?
13
If a rolling shutter travels from top to bottom, why does this image seem to show skew in the other direction?
2
Why did my lacrosse game pictures come out so dark?

2
What is the best setup for shooting sports at night with a point & shoot camera?
8
How can I improve shots in the dark, when tripod or flash are not available?
0
Night sports photography - Nikon D90/Nikkor 70-300 lens
5
Is the Nikon 300mm f/4 a good lens for Nikon D7000 for shooting sports & wildlife?
3
How to illuminate an outdoor night time portrait with a cityscape background?
1
What is a better marriage for my Canon 70-300 L lens: A 7D or 5d Mark iii?
4
How can I completely avoid noise for stock photography with my Canon 650D?
1
Incorrect exposed images when shooting sports
12
What settings for Dirt track night time pictures