How can I improve the colours of this old photo where flash heavily overexposed the subject?

This photo was taken many years ago onto film, and I just imported it off the CD. 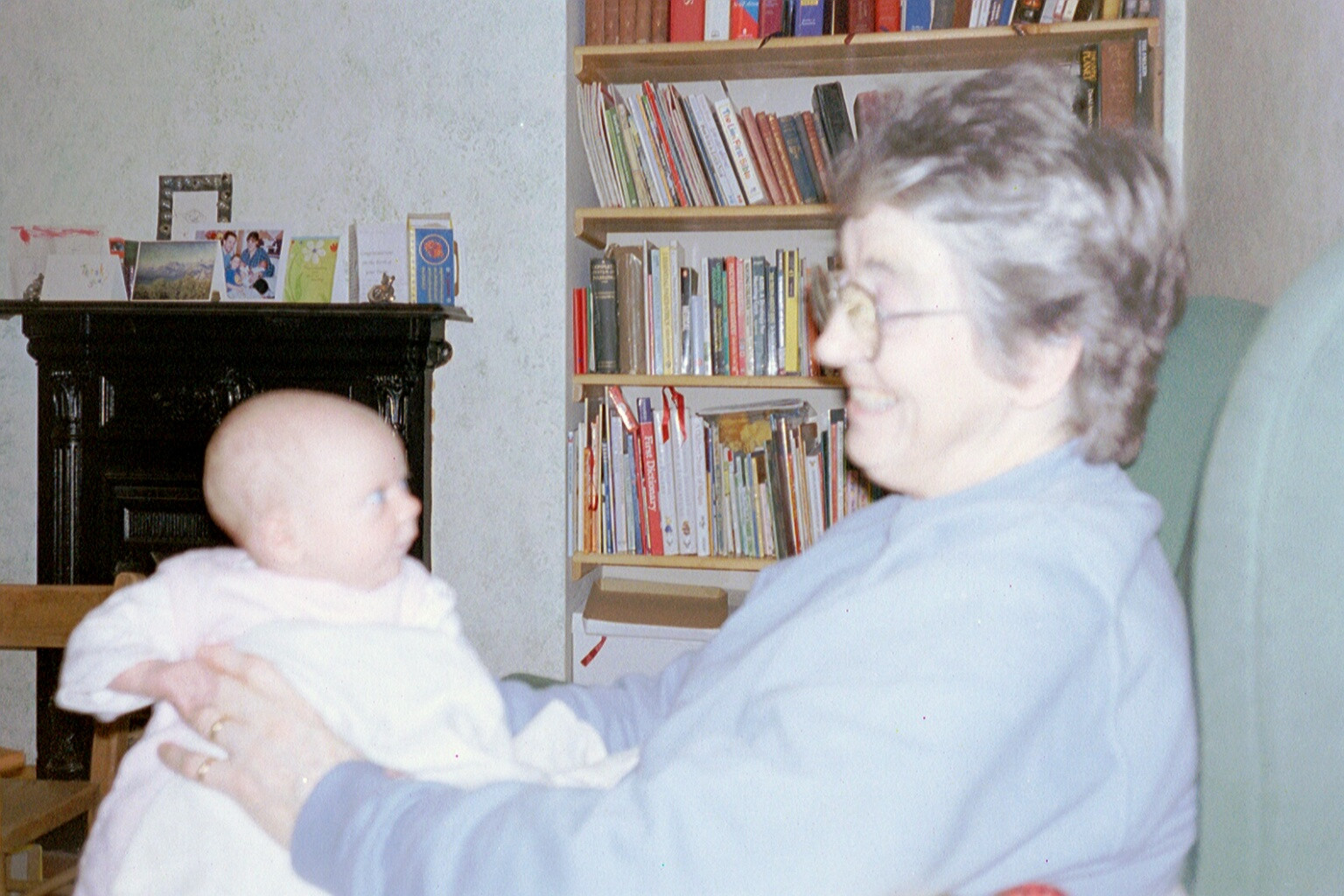 I would like to reduce the bright, white overexposure of the people in the foreground.

The best I have done is this: 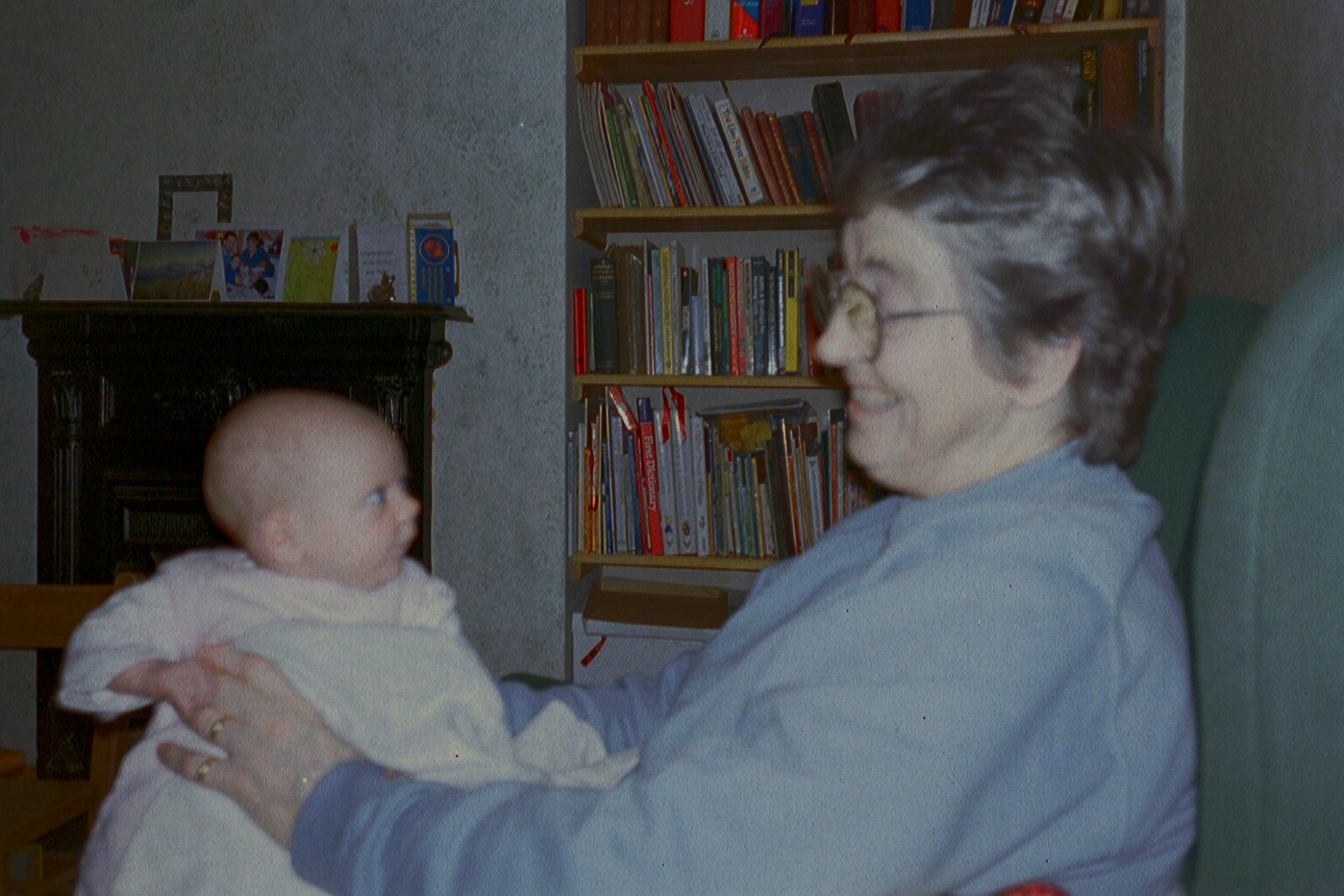 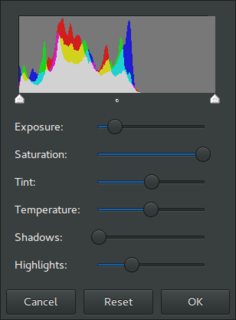 The problem with this image isn't general overexposure. It's that a cheap on-camera flash was used, pointed directly at the subject. The camera's auto-exposure program did a fine job of exposing most of the scene — the bookshelf and fireplace look fine! — but, of course, your main subject got too much light and is washed out.

There's actually a reasonable amount of detail there; not everything is blown out. (Film is genreally awesome in this respect.) You can use a "U shaped curve" to bring down the exposure while retaining detail; something like this: 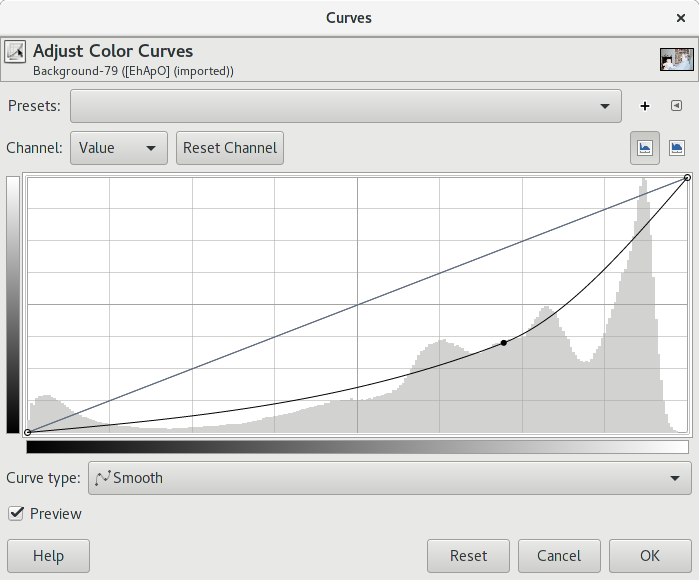 adjusting to taste. You're trying a linear adjustment, and while that can be fine for small changes, with big changes it tends to, as you see, make everything gray. The U curve lets you pull out more detail. 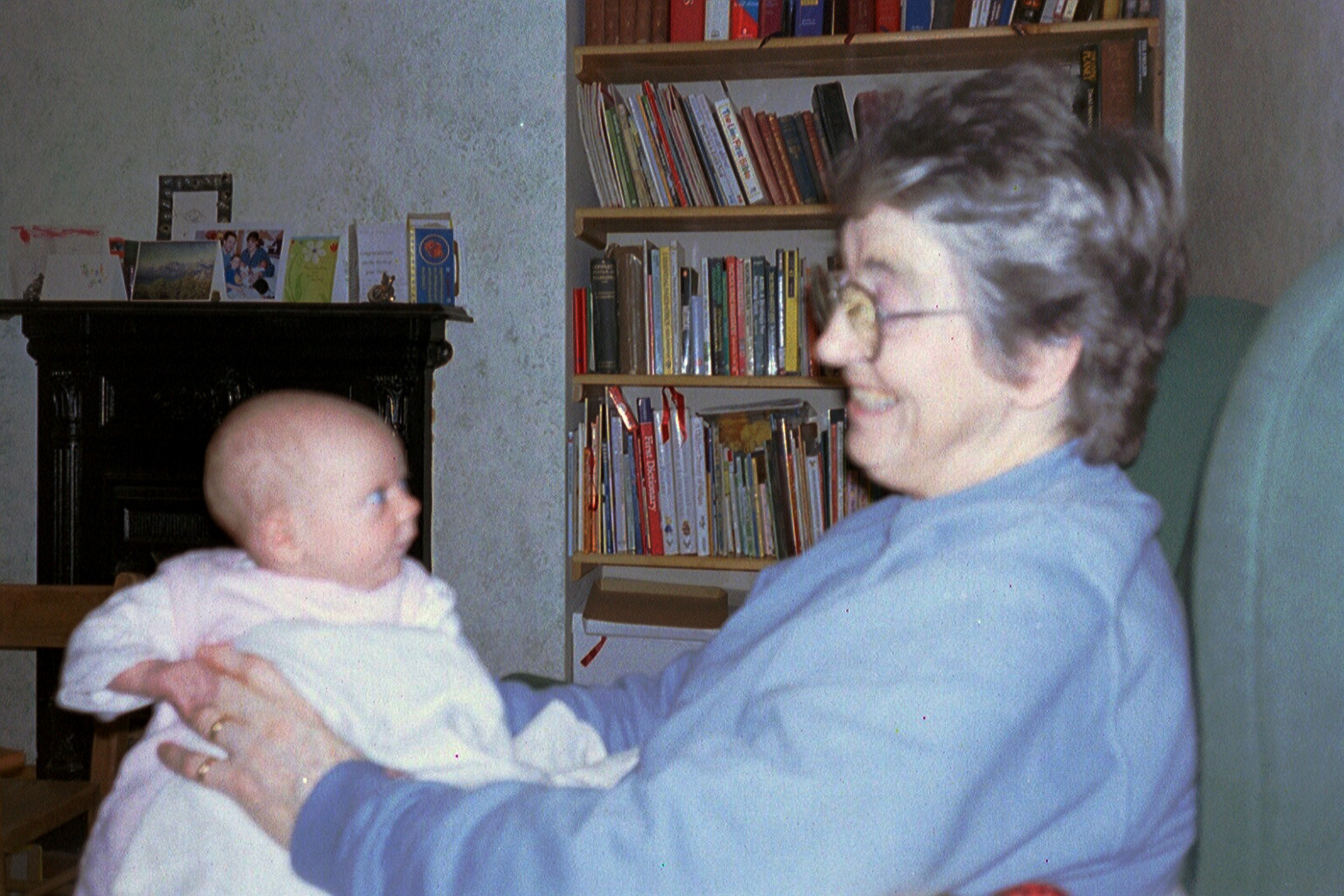 where your subject looks better, but now the background is awful. It's really hard to fix this with a global adjustment. My suggestion is to carefully mask the subject and apply the curves tool to that only, leaving the background alone. This is tedious, so I'll leave it as an exercise for the reader. (While you're at it, you could also separately treat the shadow/outline cast by the flash on the bookshelf to the left of the woman's face, making it less distracting.) If you have software with intelligent foreground select, that can help, although to get really great results, you'll need to tweak by hand.

While working on salvaging, you may want to try a refocus-based sharpening, as well; that should have pretty good results on the baby's face.

Not the answer you're looking for? Browse other questions tagged flash exposure overexposure retouching or ask your own question.

4
Overexposed shots on a sunny day with Auto settings?
4
How to correctly expose when using a flash?
2
What can cause massive overexposure on a Canon IXUS when zooming in?
4
Are there any guidelines on how to prevent the flash from overpowering the scene?
3
How to shoot bright purple lights against an overall dark scene?
4
Is it normal for shutter speed to vary between shots on low exposure time?
0
Nikon FE not working
1
Under-exposed photos, Manual mode
1
Do i need a Grad filter along with ND for long exposures that involve the sky?
9
Why is the earth not overexposed in this star photo from the ISS?