How can I lock the aperture setting on a 5DMkIII with long exposures in Av mode?

Is there a setting on the Canon 5D Mk III where I can override Av (aperture priority) mode so it will lock on the aperture setting regardless of whether the camera thinks a 30 second exposure isn't long enough?

For example, I like to shoot lightning at night and a good aperture setting is f/7.1 because it is very bright so I need to keep it there. The camera will max out the exposure at 30 seconds, but what's happening is the camera is automatically changing the aperture to f/4.0 because it thinks there isn't enough light. But when a lightning strike hits, it gets over exposed at f/4.0. I need to keep it at f/7.1 … is this possible?

In your situation I would be using manual mode.

If you really want to use Av mode, then you must disable "Safety Shift". You can disable it in the custom function menu. It is at the bottom of the C.Fn1:Exposure page in the camera menu. 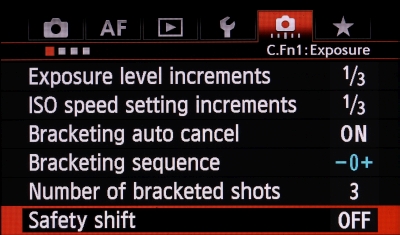 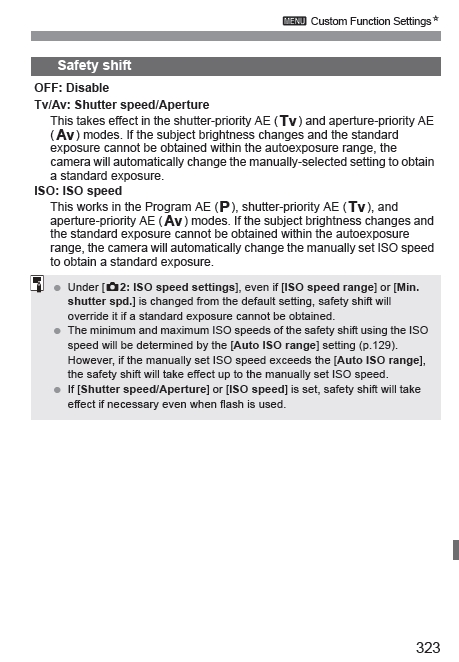 Any subject with such variable light levels will always trip up exposure meters. For me it's shooting race cars running with headlights - if I catch a light square on, the meter suddenly panics and underexposes the rest of the frame by several stops. So I shoot in full manual, which is what I'd do here. Set the aperture to your desired setting, program in your ISO and shutter speed, off you go.

It's been a while since I've tried shooting lightning, but the other thing I think I'd try would be bulb mode rather than a programmed duration. Lock open the remote release, shut it manually if there's been a period with no bolts that you know is long enough to overexpose the rest of the scene, but otherwise close the shutter manually after the lightning bolt.

Not the answer you're looking for? Browse other questions tagged canon camera-settings aperture-priority or ask your own question.

47
What technique and camera settings should I use to capture lightning strikes?
19
Photographing Lightning Strikes: White Balance
2
How to picture thunder when storm is coming