Why don't we see charts of the colorspace/gamut of a DSLR?

For many displays, we see the color space or gamut shown on chromaticity charts in comparison with some standard color spaces like Rec. 709, sRGB, Adobe RGB, and Prophoto RGB which gives an indication of the display device's color reproduction capability. Similar charts are are also done for many popular printers.

But not for DSLRs, like say the color gamut of a Nikon D300s DSLR plotted on a chromaticity chart? Why is this so?

The chromatic gamut is the property of output device, not a recording device.

Theoretically, a recording device CAN have limited input chromatic gamut if, for example, it uses colour matching functions with negative responses present (I am just making it up because there is no practical possibility of doing this, a device doing this would be a broken device): 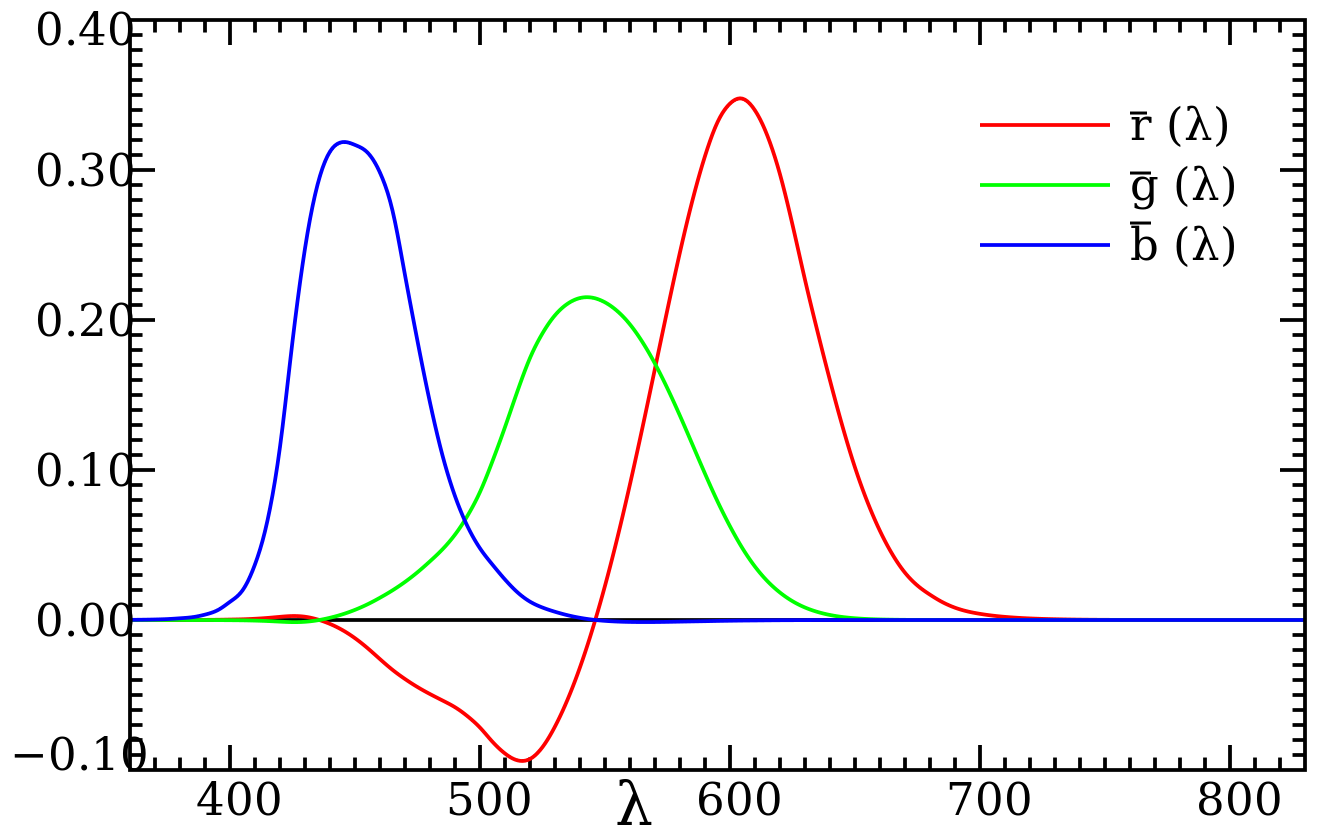 If it happens so that electronics of that imaginary device are not capable of producing negative image data then wavelengths from 400 to 600 would be out of gamut for such device while some mixtures of wavelengths will be inside of gamut.

However, there is no obligation to use those functions with negative parts because there are completely positive colour matching functions which give accurate metamerism as well because when you have full chromatic data at all image points you can use arithmetic operations on all channels to deduce true colour: 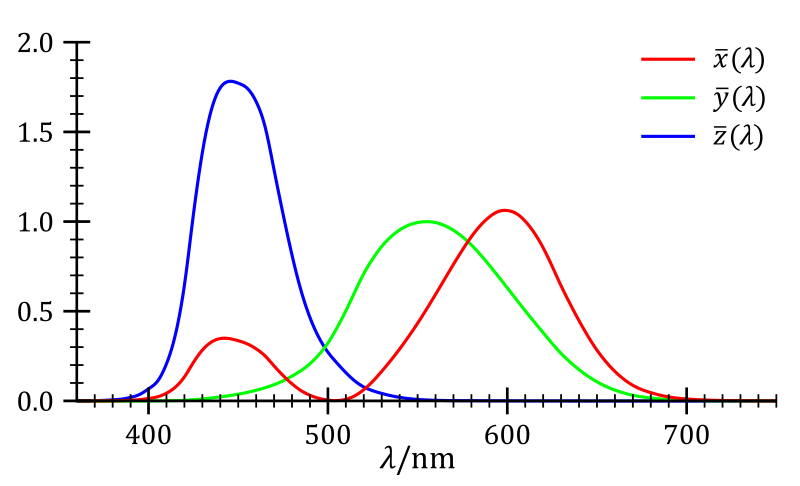 The most important thing - metamerism - gets broken in all consumer cameras regardless. You can't deduce true colours from the image data which a usual camera records. Here's an example of trying to deduce true colour from Nikon D70 data taken from http://theory.uchicago.edu/: 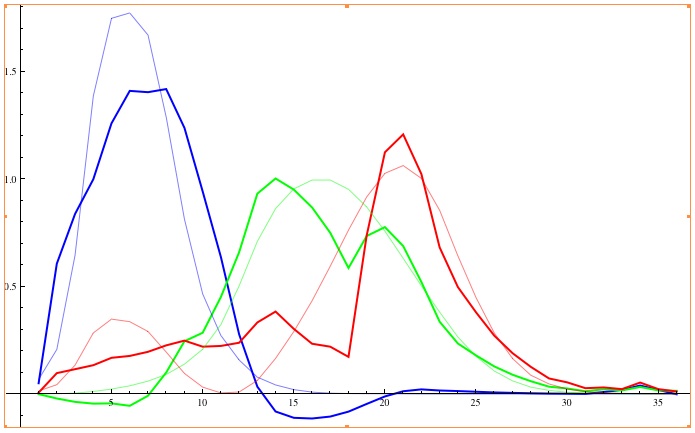 This graph shows how well colours can be reproduced. Knowing that a CIE XYZ is a space of imaginary super-saturated colours you can see that colour reproduction accuracy is a trainwreck. And to top it off D70 image data gets clipped when transformed to XYZ space - which is in a sense the gamut limitation because XYZ is the widest colour space used after RAW processing.

So, there is no such thing as input gamut in the sense you are asking about.

It is true that DSLR makers don't provide chromaticity diagrams for their cameras, they usually encode their images using sRGB or Adobe 1998 RGB colourspaces like @MirekE stated it.

Any colour lying outside those colourspaces gamut is clipped on casual RAW conversion, even if the camera captured it. It is also incorrect to think that RAW files don't have a gamut because as per CIE definition the colour gamut is:

[...] volume, area, or solid in a colour space, consisting of all those colours that are either:

(a) present in a specific scene, artwork, photograph, photomechanical, or other reproduction;
(b) capable of being created using a particular output device and/or medium

Because camera makers don't provide chromaticity diagrams for their DSLR doesn't mean they don't do it for their movie cameras, on those charts, all the gamuts represented except for the ACES family ones and Pointer are from movie camera vendors (ARRI, Canon, Sony, Panasonic): 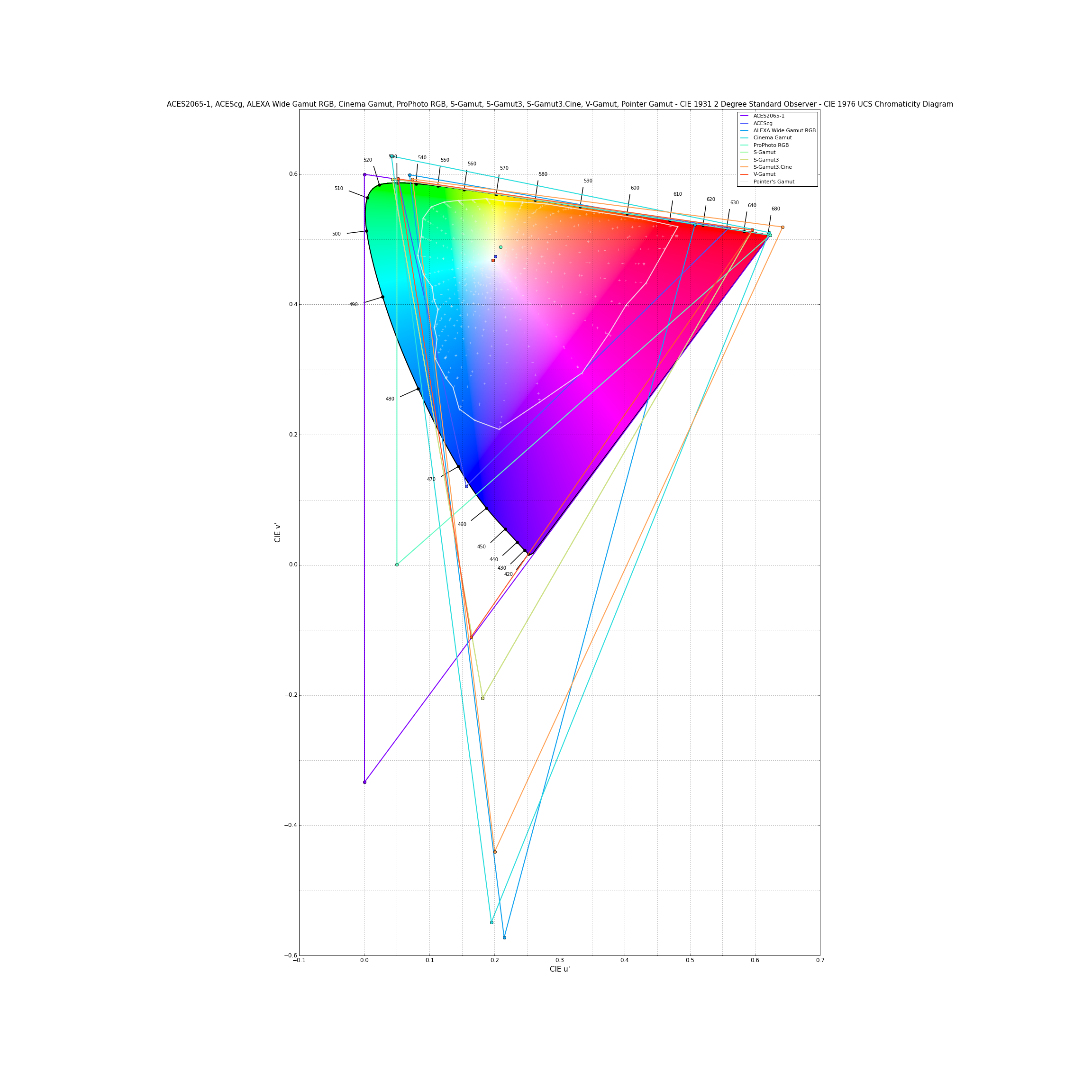 If you are interested on how to characterise digital camera and how their colour gamut are computed, Martınez-Verdu et al. in Concerning the calculation of the color gamut in a digital camera has a lot of relevant information on the topic.

Cameras can shoot either in RAW, sRGB or AdobeRGB. For sRGB and AdobeRGB the gamut is given. RAW files do not have gamut, you need to convert the image to some color representation like RGB to get gamut and that is a process that happens outside of the camera and the gamut will depend on the editor, profiles and the taste of the person who operates the editor.

Not the answer you're looking for? Browse other questions tagged color color-spaces color-gamut or ask your own question.

10
Why are the color spaces we have access to incomplete?

4
Why can I see beyond sRGB in CIE Chromatic Diagram
6
What is the native color gamut of a modern digital sensor?
6
Why don't cameras capture using the CIE XYZ color model?
17
Why don't color spaces use up the entire color spectrum?
9
Why don't Hahnemüle papers trigger out-of-gamut warnings when softproofing in Lightroom (when Canon Matte Stock does)?
2
Why does editing software not care about colorspace?
4
Is it possible to buy chromaticity-plot color standards? If so, how, and where?
6
Why are image colors inconsistent in different applications after monitor calibration?
2
Can an RGB channel be shifted to increase color gamut into the violet range?
4
When soft proofing, why does the image change between relative and perceptual intent when there are no colours out of gamut?