Why is Nikon D7000 unable to do two RAW shoots per second for a long time?

I wanted to do a timelapse video with more than one photo per second. Since the shortest interval available in interval timer shooting on the Nikon D7000 is one second, I decided to simply set the camera to continuous low (CL) shooting mode and keep the shutter button pressed with the help of MC-DC2 remote release cord.

I started by setting CL mode shooting speed to 2 fps. To my surprise, the camera kept the rhythm for the first eighteen photos, and then started to lag. Here's the audio recording of the shutter:

The first nine seconds, the camera continues to shot two photos per second, but later, starts pausing at regular intervals every two photos.

Usually, this means that the SD card is too slow, and the buffer of the camera fills up.

However, I'm using an SD card which is expected to be fast enough to record the 22 MB .NEF files. The camera is set to record to the first slot only. The card is this one: 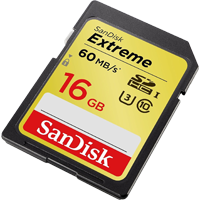 which should give 50-55 MB/s write throughput, which means enough time to store 44 MB corresponding to two files. Testing the card speed from a PC with an old reader connected through USB 2 was inconclusive, since it gives the average write speed of 24 MB/s (which makes no sense given the results obtained with the camera).

What is happening here?

This kind of fast then slow performance (as you correctly guessed) will be because of the image buffer filling up. Using a faster card will help until you reach the limit of the camera's circuitry - you may have reached this limit.

Even if your camera's performance is faster than the SD card. It's quite possible that some of the card's 'bandwidth' is taken up by filesystem operations and file verification/checking. In short the file is not the only thing that needs to be written to the card. While these operations use a very small quantity of data, there will be some latency added.

It's difficult to tell what sort of problem you're facing in your case without some comparative experiments. Try getting hold of a 95MB/s card (or faster) and see if that changes the characteristics.

Do you have distortion correction turned on? If you do, try turning it off, because it affects the buffer capacity negatively and yet it isn't hard to batch apply it in post.

The average size of a RAW files is around 32MBs to 36MBs. now the camera is supposed to shoot photos at the speed of 2 frames per second. which would get the total size of the photos in the buffer per second to around 64MB and above. According to some info that i get from Nikon and experiments made by Camera enthusiasts, the avearge capacity of the buffer is to accomodate 10 frames of .NEF(RAW) files. ie, about 350MB.

In a second, cam accumulates 65MB to the buffer and it transferrs about 55MB to the card(According to the actual transfer rate of the card that you have)

so the remaining data(about 10MB to 15MB) is still in the buffer. the buffer gets full within the next 30 or 20 seconds in ideal condition.

that's the exact issue that you are facing if i am right.

so, using a card with higher speed would be helpful(if there is any! :D ). SanDisk Extreme Pro 95MB/s 32GB is an option.

i know i am not good in explaining with numbers, but hope this would help.

Not the answer you're looking for? Browse other questions tagged timelapse nikon-d7000 performance burst-mode continuous-drive or ask your own question.

9
What conditions hold up continuous shooting?
9
How to fill my time-lapse video with more frames?
4
Why does a DSLR stop shooting continuously after a few seconds?
11
Are there any memory cards available which can keep up with the Canon 1d x?
7
Why do cameras have so little buffer?
0
Can my Nikon D800E do continuous shooting with different shutter speeds?
3
Best settings for exactly synchronizing shutters? (Nikon D7000)
1
What is the maximum rate at which you could shoot frames (for a time lapse) on a Canon t5i?
1
Is there an external intervalometer for Pentax cameras?
0
How can I do continous shooting at 10 second intervals on my CoolPix p900?