I'm shooting towards the sky to capture the stars. The exposure time is 15 seconds, so I can see the stars still, without a trace. These photos are taken continuously one after the other, because I want to make a time-lapse video showing the "movement" of the sky (it is the earth that moves actually).

For that, everything's fine. But I'd also like to do one other thing. If instead of taking all those photos, I would take just one with a exposure time that equals the sums of all those photos photos together (15 sec times the quantity of photos), I would see the trace the stars left in the sky.

Is there anyway to "create" that photo, from all the "short" exposition ones?

You can do it with a script for The GIMP. I did it a couple years ago, and got pretty good results. Remember to keep the time between exposures as short as possible, otherwise you will get visible gaps in the trails. That's why it's best to take a single dark frame at the end, and subtract that frame from the result (I had intended to incorporate that into the script, but never got around to it).

My notes for the script:

For subtracting the dark frame, my notes say, "I opened this as a layer on the composite image (the result of my gimp script), and set the dark layer's mode to Difference."

If you have Photoshop, you can create an image stack. This automatically aligns the layers, so this works hand-held, too. It's a nifty trick if you're shooting a static scene without a tripod and have some extra memory space.

(I wonder if the auto-alignment would be fooled by star trails, as a significant part of the image will be moving in unison.)

Here's the before/after on a set of 12 pics I took: 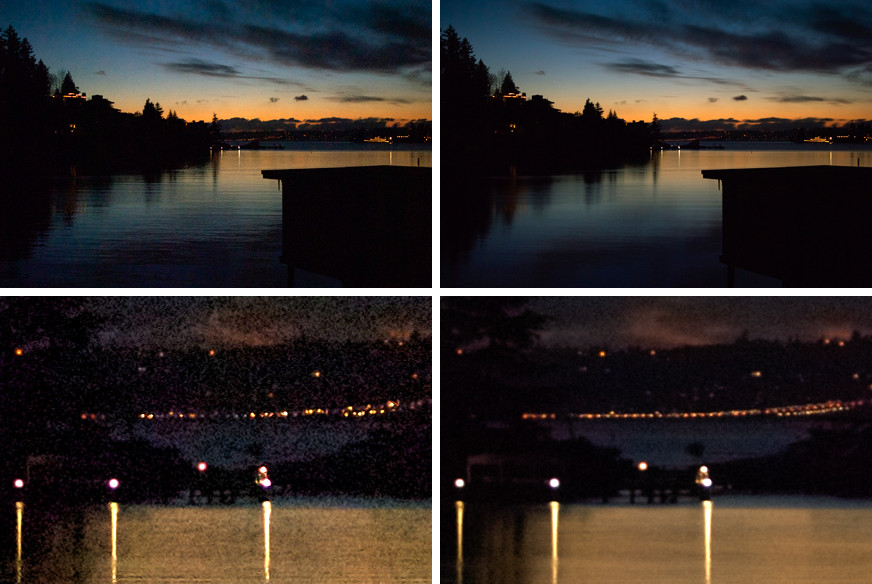 On top, a scaled down version of the whole thing. On the bottom, a 100% crop of the image. Left is one of the 12 original frames, and the right is the averaged picture.

Although the original images were only 1/250s, making a total exposure time of about 1/20s, the wave motion is almost completely averaged away. You can also see some horizontal blurring in the clouds as they move across the sky. This is because the images were taken with about 1s delays in between.

There's a free Windows application called Startrails that does exactly what you're looking for.

If you've got Photoshop, there are ways to build Photoshop actions to do the same thing. Basically, you combine images in "Lighten Only" layer blending mode.

From what I understand, is you want to layer all the stars, but just one sky layer. I did something similar once.

Wanted the streaks of lights from passing cars to all combine in one pic.

I layered them in Photoshop and applied the "lighten" blending mode to them. Worked great. Not sure how it'll work in your case, but it's worth a squirt. 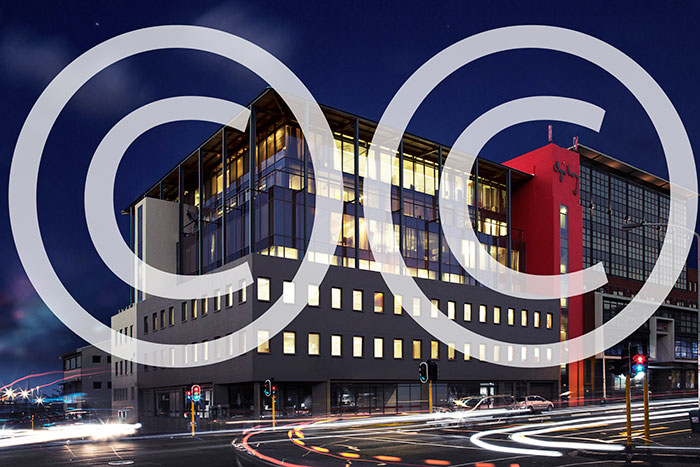 Not the answer you're looking for? Browse other questions tagged exposure astrophotography long-exposure multiple-exposure image-stacking or ask your own question.

19
ND Filter not Dense enough - How do I get long exposures in very bright situations, where my ND filter isn't enough?
9
Can stacking multiple exposure images in post-processing give the same effect as a long exposure?
6
What is it called when multiple photos are adjusted for further blending?
8
Best opensource/ free stacking software for mac for astrophotography
7
Can I combine two photos to get a good image of a non-full moon?
3
Can I get longer than 15 second exposure with my canon SX 50?
4
How can I overlay many frames from a video into a single merged image?
3
What is the efficiency of Bulb mode vs taking multiple shorter exposures?
0
How to get longer than 8 second exposure on a Nikon coolpix p520?
0
Long exposure with interval and noise reduction
See more linked questions

8
Which intervalometer for time-lapse astrophotography will work with a Canon 450D?
9
Why milky way galaxy cannot be seen by human eye while by camera?
4
Which tracking motor to use for low-end wide-angle astrophotography?
37
How to have colors in Milky-way?
9
How can I get a fixed short exposure ( < 2s) with a GoPro Hero 4 Black?
8
Photostacking - Why does this technique fail for my astrophotos?
2
Is my Tamron lens VC (image stabilisation) working properly for long exposure photos taken with a tripod?
3
Pentax Astrotracer: Lens error on wide angle lenses?
1
Emulate Shutter Duration on RAW Photos using Exposure Stacking
9
Why is the earth not overexposed in this star photo from the ISS?