How to achieve bright lighting without noise at night?

In the picture below we can see that the lighting is perfect with least possible noise. What could be the possible settings used to capture this photo or what are the necessary post processing steps taken to achieve this photo? 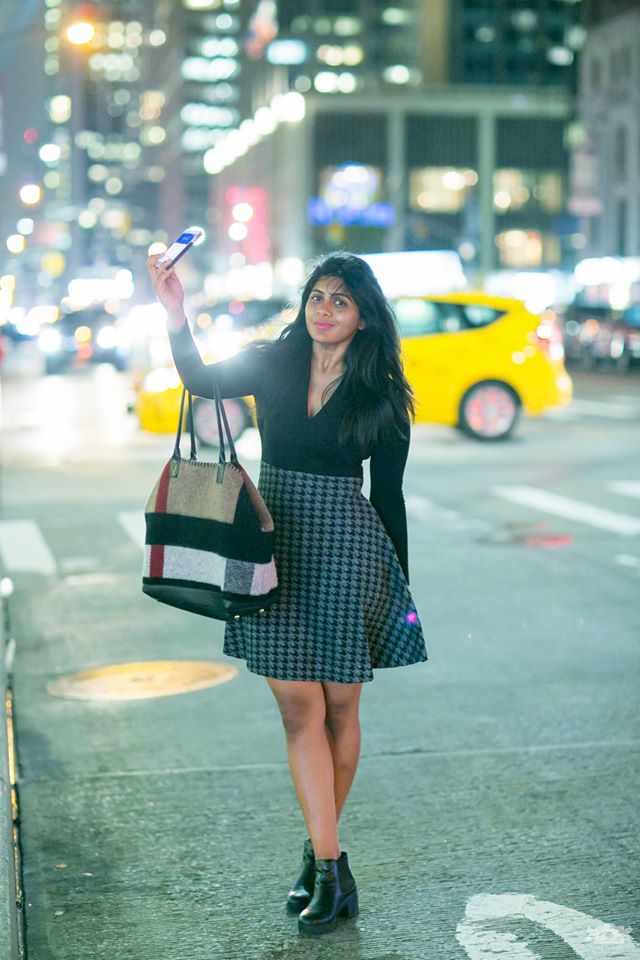 I still see traces of noise on darker details of this image.

So, really, a photo like this could be taken by a cell phone camera. There's nothing particularly special. I think it probably wasn't because the blurred background indicates a fast-ish lens and large-ish sensor (but even then, it's not super blurred).

There are three basic things I see which make me say this.

First, it's not that dark. It's an urban scene with a lot of artificial light.

Second, a lot of detail has been lost, probably to noise reduction. That makes everything look smooth — even details that should be there. This could be special software, or it could just be the in-camera setting.

And finally, we're only looking at 640×960 pixel image. Scaling down to that level is inherently a form of noise removal (and one which also, of course, comes at the expense of detail). There's not much pixel resolution left, so all manner of imperfection is masked.

The lens and the camera qualities are an important factor. If you take this shot with a good lens and a high-end camera, there is no noise without any treatment.

If you have to reduce quality on either piece, you will need to process the image for noise-removal (which probably happened here). There is no specific setting to watch for, except having the aperture all the way open. Otherwise, nearly every camera's 'automatic' settings will do what is possible.

Not the answer you're looking for? Browse other questions tagged lighting low-light night-photography or ask your own question.

35
How to white-balance photos shot in mixed-lighting environments?
4
Ways in order to achieve dramatic lighting styles?
4
How can I tell what equipment and lighting setup was used for a studio portrait?
2
How to take a picture of a mobile phone or tablet in a hand effectively with or without post processing
6
How can I improve portraits when shooting in low light without flash?
1
How can I take a candlelit photo with a pure black background?
5
How does this photographer achieve such RICH detail and contrast
5
Clamshell/butterfly lighting - Should the lights move with the head?
2
How to achieve greatest contrast in greyscale image - lighting vs exposure?
9
Best ways of photographing at a concert/festival