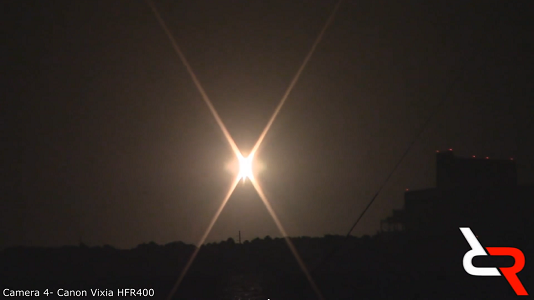 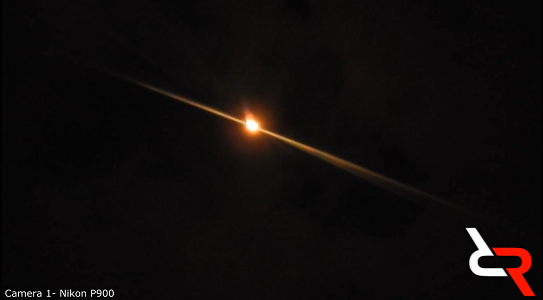 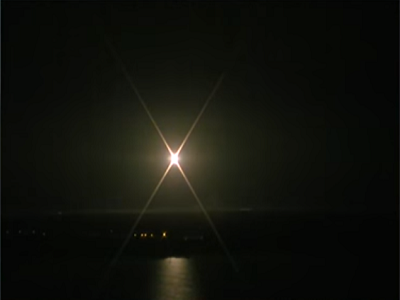 In reflecting telescopes, the secondary support can cause a cross-shaped diffraction spikes, but how would a similar thing happen in lenses?

This answer assumes the 1st and 3rd images are caused by the same phenomenon, and image 2 is caused by something different.

To my eyes, this flare appears to be caused by a smudged front element. This can easily happen when one attempts to wipe the element clean, but doesn't get all of the (presumably) finger oils. The last swipe with the lens cloth went from upper right to lower left (viewed from behind the camera), thus generating the perpendicular flare.

See the following questions for similar effects (and answers):

As you noted in your question, diffraction spikes occur when light passes a straight edge, resulting in the light spreading out perpendicular the edge. In the "Diffraction spikes due to non-circular aperture" section of the Wikipedia article on diffraction spikes, you see that a square iris aperture with straight-edged bladed causes a 4-pointed star.

However, a diamond- or lozenge-shaped 4-bladed iris will produce an X-pattern. It's still 4-pointed, but the points aren't all 90° from each other. Let me demonstrate using my rudimentary ImageMagick skills. 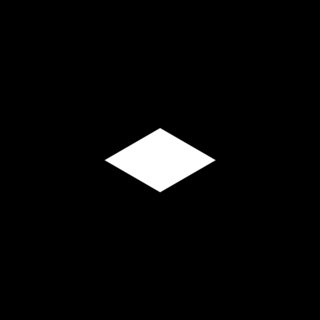 A point source of light traveling through the aperture creates the X-shaped diffraction pattern in Figure 2. A Gaussian filter is applied to the diamond aperture as a windowing function, then passing through a Fast Fourier Transform (FFT), followed by another Gaussian filter after the transform to smooth out some of the intensity peaks of the star. 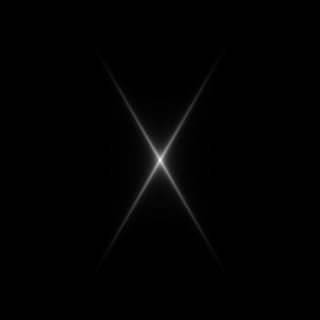 Figure 2: 4-pointed X-pattern from a point source light through a diamond aperture (02-fft.png)

Indeed. Several camcorder models had a diamond-shaped aperture. This is desirable because it is mechanically much simpler than a typical N-bladed iris aperture with N rotating iris blades. All that's needed is two V-notched blades opposing each other, and moving linearly towards or away from each other to close or open the aperture.

This arrangement also explains why X-pattern diffraction in camcorders is always perfectly oriented. In a lens with an iris aperture, such as in almost all modern photographic lenses, as the iris blades collectively rotate to close the aperture, the created N-gon aperture shape rotates. Thus the orientation of the diffracted star pattern in photographic lenses is dependent upon the aperture value setting. But in the camcorder diamond aperture, there is no rotation, so the X-pattern is always oriented the same way.

I can't find concrete details about the Canon Vixia HF R400's aperture blades, other than according to CNet's product review, its "Lens Aperture" is f/1.8–4.5. This is probably just the physical aperture range, as it also has built-in ND grad filters to further control light entry. 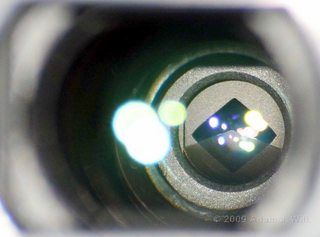 Diamond-shaped aperture of the Panasonic AG-HMC40 camcorder. Retrieved from Provideocoalition.com under fair use for educational purposes

These flares are a diffraction pattern caused by something in the optical path. Their number and orientation tell you something about what caused them. In a refractive system, it could be a stray hair, a piece of dust, even very mild striae in one of the lenses, when one uses something ultra-bright as a light source.

If they are oriented along a particular row or column of the sensor and the sensor is a CCD, it can also be bloom. In these cases, it is along odd diagonal angles, and most likely not a form of bloom.

Not the answer you're looking for? Browse other questions tagged optics lens-flare or ask your own question.