As a learning exercise, I'm trying to recreate the Instagram Lark filter using Gimp, but it is a tough nut to crack. I can't seem to get the slighly purplish hue in the sky tones without trashing the greens in the field. Also, how do you brighten the image without lessening contrast? Any ideas about this?

The first image below is the original, the second is processed with Lark. 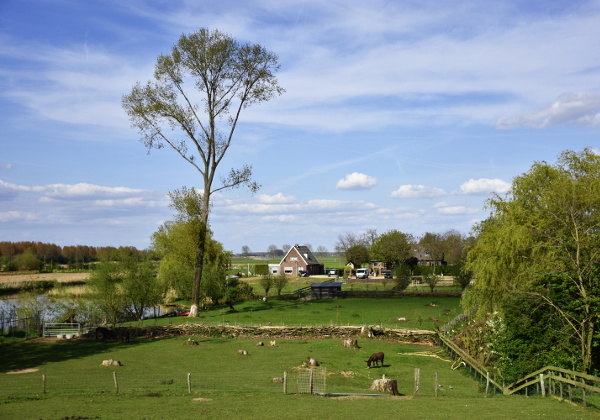 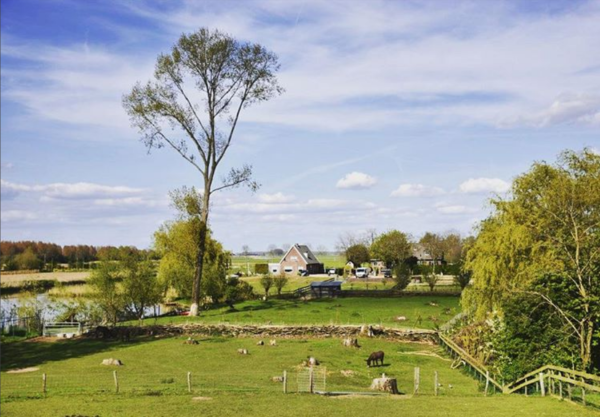 Sorry, but I couldn't resist.

I'm not real familiar with the Lark filter in Instagram nor am I familiar with the labels Gimp puts on certain controls, but based on the images above, here are the differences that I see between the first image (which looks much better to my eyes) and the second. As long as the application you are using has the necessary tools, it's all pretty much the same. You need to be able to fine tune the Magenta-Green axis and the Blue-Yellow axis independently of the color temperature. You also need to be able to edit the hue, saturation, and luminance values of selected colors independently of the rest of the colors in the image.

The Magenta-Green axis seems to have been shifted towards magenta just a bit. The Blue-Yellow axis seems to have been shifted towards yellow just a bit.
The yellow channel has also been boosted using some type of selective color tool. Believe it or not, most grasses as well as a lot of other types of "green" vegetation have more yellow than green in them.

In Lightroom the selective color tool is called the "HSL (hue-saturation-luminance)" tool and looks like an eight band graphic equalizer that adjusts the colors in the photo based on which of the 8 divisions the sum of the RGB channels for each individual pixel fall into. Only the specific pixels that have the colors included in the band you are adjusting are affected with the HSL tool. This is completely different than the white balance/color temperature adjustment that shifts all values of all pixels in the same direction along either the blue-yellow or magenta-green axis. I don't know what Gimp calls the HSL tool, but I'm fairly sure it includes one.

Without spending a lot of time on it, here's an example using a picture with similar lighting conditions and overall color elements. Color temp was set at 5400K for all images below. I probably went a bit too far on the M-G fine tune axis so the effect can more clearly be seen. Image as originally edited "straight" next to modified image. 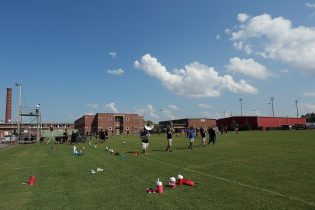 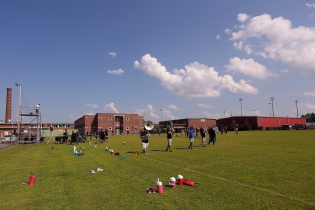 Here are screenshots (for the second image settings) of the white balance section of the raw conversion control (original image has values of +1.1 B-Y and +1.5 M-G) and the yellow and green sections of the HSL control panel (original image Y values were S:-1 and L:0, G values were S:-2 and L:0) from Canon's Digital Photo Professional: 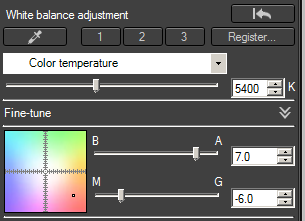 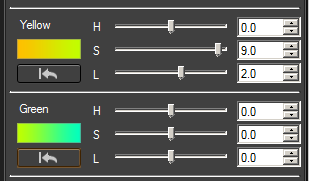 Finally, just for kicks, here's the same photo both without and then with the B-Y/M-G shifts and with the yellow all the way down at -10 in both: 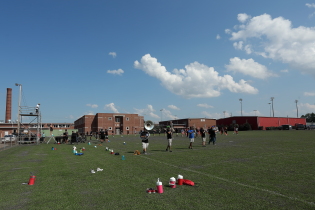 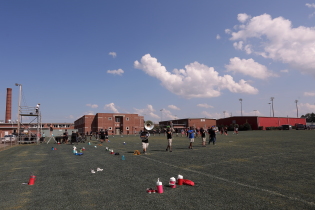 What look to be yellow yard line markers are actually just over the threshold into the orange channel. Pulling the green down to -10 in the second image makes no difference to the grass. Most of the green has already been pulled out by the -6 shift to magenta in the raw conversion panel, and there's none left for the HSL control to affect.

Not the answer you're looking for? Browse other questions tagged post-processing reverse-engineering instagram or ask your own question.

1
How to reproduce Instagram Lo-Fi filter in Photoshop?
21
How to I get the Instagram "Lux" effect without using Instagram?
0
Recreate existing software filter from example
1
What cameras are the amaro, mayfair, walden instagram filters based on / inspired by?
8
How can I recreate the Instagram Filter "Slumber"?
0
How to get the best quality in Instagram with Lightroom?
2
How to make the Reyes' Instagram Filter?