How is tonal range of a colored image mapped to a scale of 0-255 in RGB histogram?

RGB histogram (as displayed by Adobe Photoshop) of a colored image maps the available tonal range to a scale of 0-255 (pure black to pure white on horizontal axis). Tonal range, the way I understand, is the range of all possible color values which is represented using 24 bits, ignoring gamma. For histogram of individual R/G/B channels, it's much more intutive as I presume an 1-to-1 mapping of tones. But, how is that 24 bits of information mapped to 8 bits in RGB histogram? 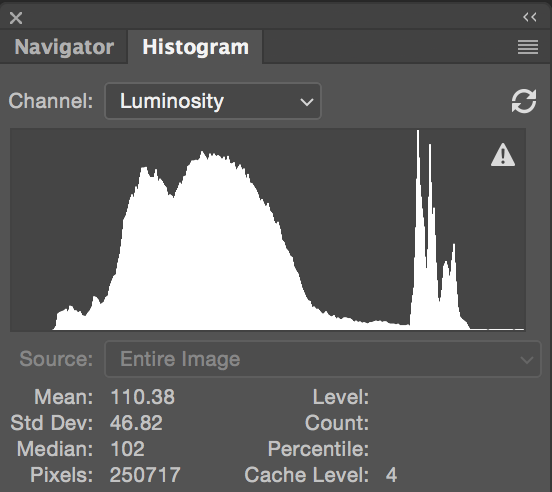 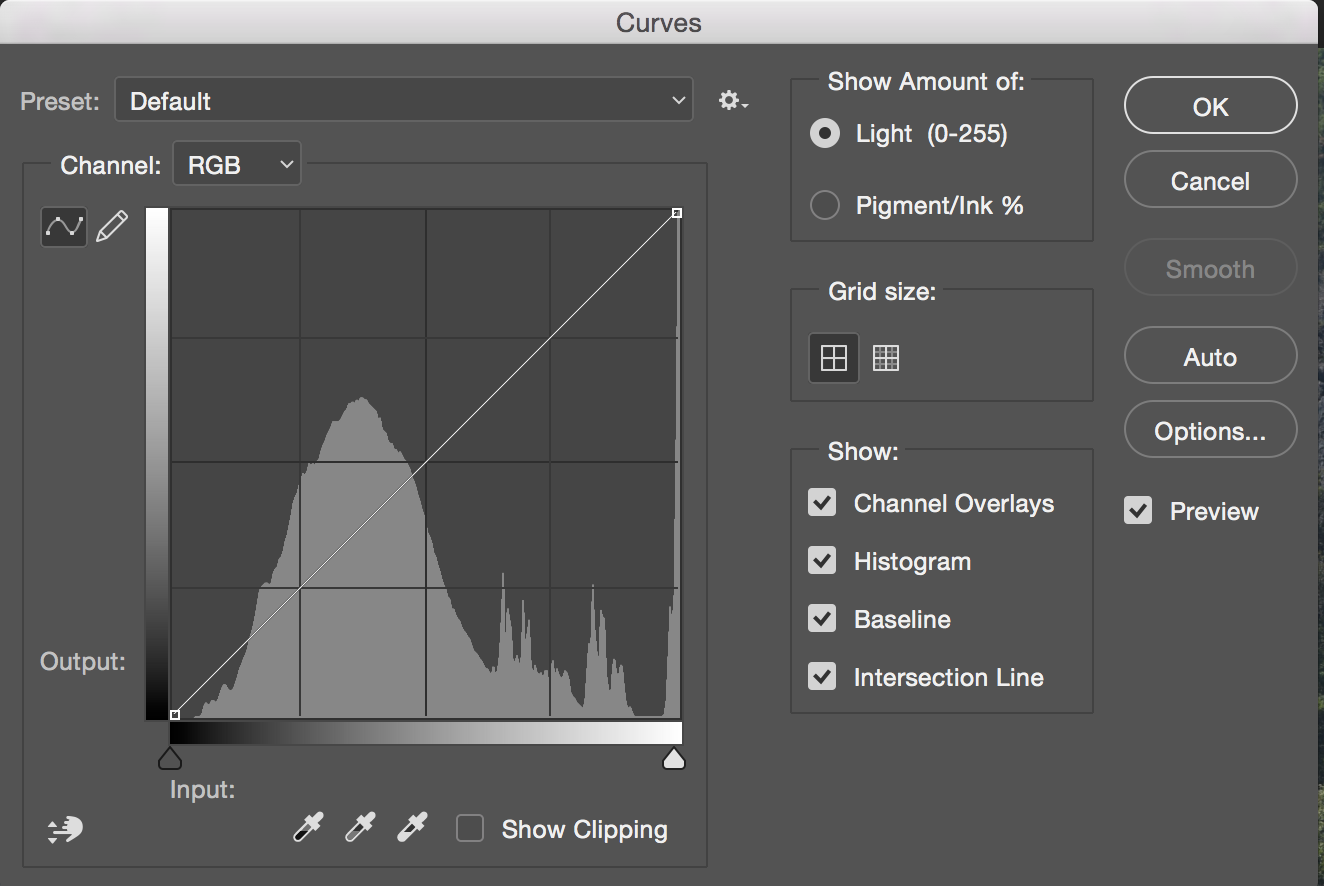 It basically states that the RGB histogram is just the addition of the R, G and B histograms, and so as it is, a very misleading histogram. It is not a histogram of luminosity or similar quantity.

Are you are asking about that single line, usually white or gray, 0-255 histogram that is generated from three 0-255 RGB values?

One way to do it is to display luminance. You take the RGB values of an individual pixel and calculate luminance using formula

Or similar depending on the actual RGB color space. Then you draw single Y histogram instead of three RGB

Our images NEVER ignore gamma. All tonal image data (color and grayscale have many tones) contains gamma (except 1-bit line art does not need or use gamma). But Every One of our tonal histograms shows only gamma numerical values. Gamma was to correct nonlinear CRT displays. LCD displays technically do not need it, but we continue to put gamma into every image for compatibility with the worlds older images and older video systems. That's much easier than starting over. :) LCD simply decodes it before we see it. Gamma is in no way related to the human eye response as some newbies would tell it. Gamma is to correct CRT display.

The camera digitally samples the image, normally with 12 bit sampling. That means the original data range is [0..4096], not [0..255]. Every tone goes into one of these steps, converted to one of these numbers. Then gamma is applied.

A black and white picture made by a film camera is referred to as a “continuous tone” image. This is because the image is comprised of countless shades that go from white thru black with a smooth transition of tones.

When these images are migrated to books and newspapers, the procedure used, is to re-photographs them through a screen. The screen resembles a common window screen in that it consists of tiny squares. This process fractures the continuous image into countless dots; each has a discrete size based on the darkness or lightness of the image at that location. This image is called a “halftone” because a high percentage of the tones of the original are lost.

In modern times we fracture the picture into a grid consisting of millions of tiny fractions of the picture. Each of these picture elements or pixels is assigned a numerical value that communicates to the darkness or lightness of this tiny area of the picture. We call this process digitizing as the word “digit” corresponds to number, it is Latin for finger, we and do count on our fingers.

The digits used by the computer are only the 0 (zero) and 1 (one). We transmit them from place to place as a string of zeros and ones. A single such digit is called a “bit”. We generally send them in groups of four. The group of four digits is called a “nibble”. Two “nibbles” consist of eight digits and this group is called a “byte”. The 8 bit byte is used to transmit any value between 0 and 255 = 256 discrete values. In other words each pixel can have 256 levels of brightness.

A satisfactory monochrome image can be transmitted via sending thousands, perhaps millions of 8 digit bites. Digital photography is truly a paint-by-number scheme. Next we needed a way to send color images by digital transmission.

The first color picture was made by the Scottish physics James Clerk Maxwell in 1861. He had experimented with colored light and deduced that we see via light sensitive receptors that are sensitive to red, green, and blue light, the “primary” colors. He made the first color photographic image by taking three black and white photographs. One uses a red filter, one with a green filter and one with a blue filter. He projected and superimposed these three black and white images. Each image was projected thru the filter used to take the picture. Using this method, he showed the world the first color photograph and proved that color pictures could be taken using the three primary colors, red, green and blue.

Modern photography uses Maxwell’s three color theory. Our cameras actually take three pictures simultaneously. These are digitized by the camera. Three digital signals are transmitted, one 8 bite red image, one 8 bite green image and one 8 bite blue image. Now 8 X 3 = 24. The total count is 24 bites per pixel to send a color picture. Sometimes we say the digital pixel consist of three sub-pixels, one for each of the three primary colors.

Not the answer you're looking for? Browse other questions tagged histogram tone-mapping tonal-range or ask your own question.

10
What is the difference between "color" and "tones"?

120
How and why do you use an image histogram?
10
If my histogram shows nothing at the ends of the scale, does it mean the dynamic range of my camera isn't reached?
15
How do I interpret individual colors on RGB histogram?
5
How to avoid overexposing image using RGB histogram when shooting RAW and using different Picture Controls?