What are these slightly-translucent, branching squiggles on the top of my photo?

I recently came back from holidays and noticed a lot of my photos have these lines on them. I have a Canon 450d and use Canon lenses. I used a polarizing filter at times. What could be causing this? 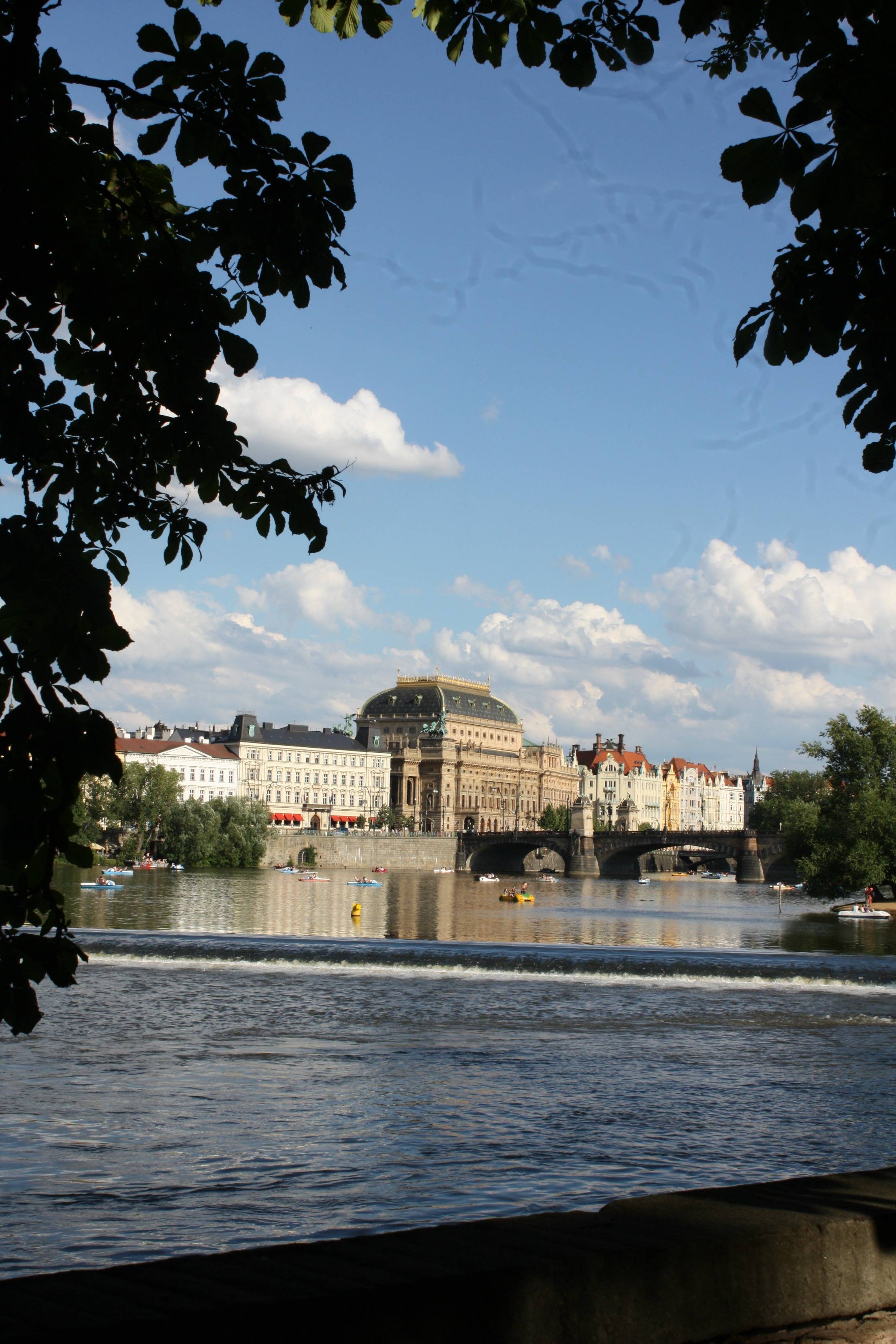 It's an odd pattern, but faint shapes like that generally indicate something on the sensor. Dust is most common, but that usually looks like a somewhat blurred roundish spot. The branching threads here make me think this might be fungus, which is generally bad news. Prague isn't particularly humid, but perhaps you were in a damp situation at some point.

I say "bad news" because while dust is usually on top of the filter stack which is (permanently) affixed to the top of your sensor, I've heard of fungus getting under/inside the filters.

In any case, I would start by cleaning your sensor (What is the best way to clean the sensor on a digital SLR?) to see if that helps.

Hopefully it is just something kind of thread-like. You might want to opt for a professional cleaning — or, maybe this is an excuse for a camera replacement, since that model is over seven years old at this point, and technology has definitely improved all around.

It looks like you have some pretty bad dust on your sensor. I'm guessing that based on how deep your depth of field is, it's something that comes out with smaller f/stops.

It’s out-of-focus images of lint resting atop the protective cover glass that protects the image sensor. All you need to do is use a camel’s hair brush, preferably one what has a bellows that blows air as it sweeps. Worst case, clean per you camera’s instruction manual.

addendum: The shadows of stuff on the senor cover likely goes unnoticed unless the background is mundane like blue sky etc. The f/number setting is also a factor. The cover glass hovers just over the senor surface. If the lens is stopped down to a tiny diameter, the light rays, from the cover glass position arrive straight on like a spot light causing the debris to cast a harsh shadow. If the lens is near wide open the rays, from the cover glass viewpoint appear to come from a more wide-ranging illumination. Thus the wide open aperture casts indistinct shadows.

Look at the camera instructions at the section that explains how to clean the sensor. As the first step, you don't need to clean it, but take a look. Strong pointed light source would be useful and if you have one of those rubber balls for lens and sensor cleaning, you can blow some air to the chamber to see if you can move it or even blow out.

Nice picture of the National Theatre by the way.

Not the answer you're looking for? Browse other questions tagged troubleshooting artifacts or ask your own question.

39
What is the best way to clean the sensor on a interchangeable lens camera (mirrorless or digital SLR)?
28
Why use a small aperture when trying to see sensor dust?
2
How can I tell if a scratch is directly on my sensor or on the filter above it?