I already have Sigma 17-70mm f2.8- 4 lens and thinking of adding a pancake lens to my lens bag. Is it a good choice for overall full-body portraits and general street photography?

You can answer this question for yourself better than anyone else can. Tape the zoom ring of your Sigma 17-70mm f/2.8-4 at 24mm and go out and shoot some full body portraits and general street photography. The only major differences will be a slightly narrower maximum aperture (Zoomed to 24mm the Sigma is already at around f/3.2), and the larger size of the lens. That should be close enough to judge if the focal length is appropriate for your intended usage. 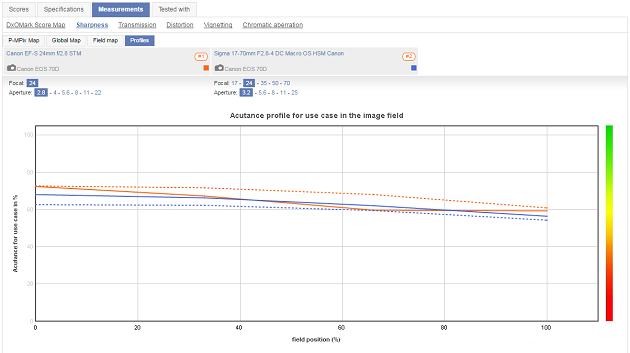 Copy-to-copy variations are probably just as wide as the difference between the particular lenses of both models as tested by DxO.

Since both of these lenses are for APS-C cameras, you'll get a field of view similar to a 40mm lens on a full frame or 35mm film camera. 35-40mm has long been a favorite focal length of many street photographers and for use by many for full body or environmental portraits.

About the only thing you'll gain by using the EF-S 28mm f/2.8 pancake over the 17-70mm f/2.8-4 Sigma is the smaller, lighter lens that will be less conspicuous as well as easier to carry around. Of course you'll be giving up the ability to shoot as wide as 17mm and as long as 70mm in addition to being able to shoot at 24mm focal length.

Not the answer you're looking for? Browse other questions tagged canon street-photography or ask your own question.

2
What kind of lens will be best for photograping cake toppers with a midrange Canon DSLR?